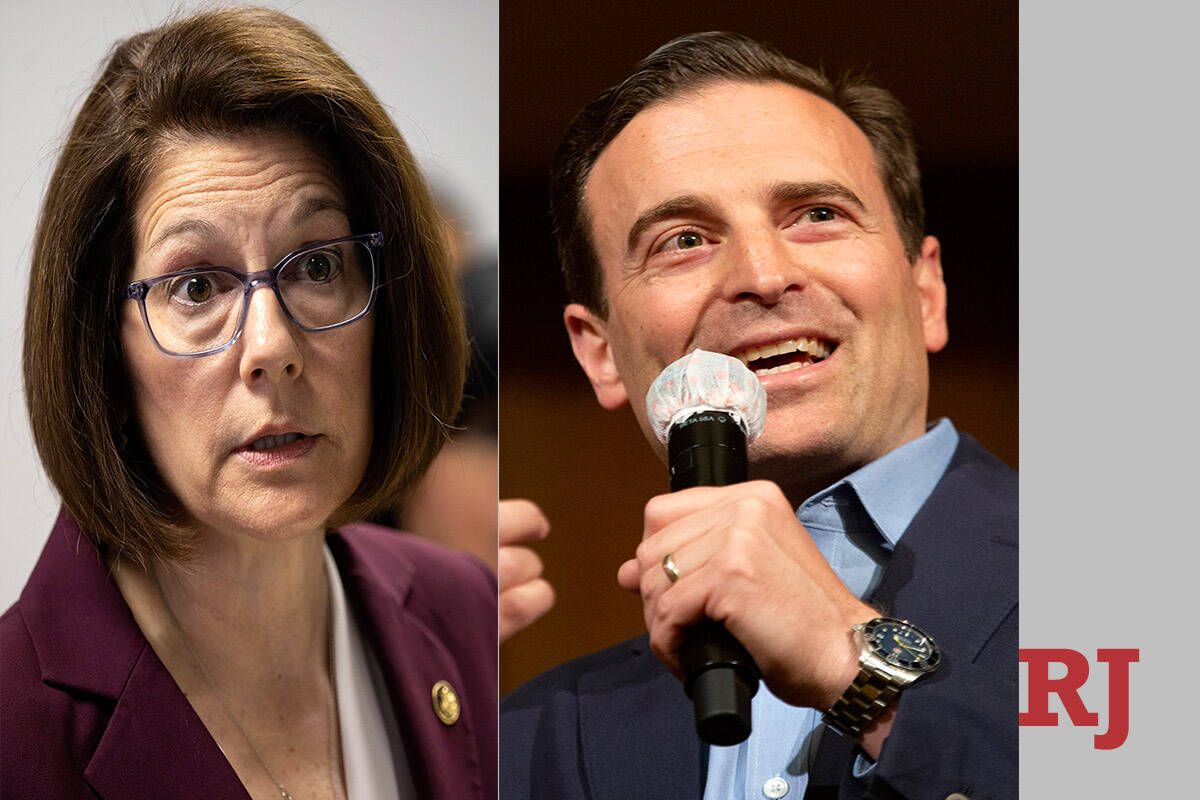 November’s elections are shaping up to be close contests, a new poll from 8NewsNow and Emerson College shows.

The poll has a margin of error of plus or minus 2.1 percentage points.

In congressional races, where the margin of error grows to 4.3 percentage points in the poll, all the Democratic incumbents lead their Republican challengers, but not by much.

Rep. Dina Titus has 41.1 percent to Republican Mark Robertson’s 36.7 percent, a gap of 4.4 percentage points and the largest lead in Southern Nevada congressional races. On the other end of the spectrum, Rep. Susie Lee (with 41.8 percent) leads Republican April Becker (39.7 percent) by just 2.1 percentage points.

Rep. Steven Horsford has an even 3 percentage point lead over his Republican rival, Sam Peters, with 41.7 percent to 38.7 percent respectively.

Perhaps of greater concern to the incumbent Democrats are a couple of other numbers unearthed by the poll.

In the traditional right direction/wrong track question, 44.6 percent of voters chose the former, with 55.4 percent saying the country was on the wrong track. The economy was cited as the No. 1 issue (by 33.5 percent of those surveyed) and when asked what’s to blame, 42.3 percent said President Joe Biden’s administration.

The Metropolitan Police Department’s officers’ union, the Police Protective Association, was not pleased with comments made by a District Court judge best known for refusing a judge’s order to remove a “Black Lives Matter” pin back when she was practicing law as a public defender.

The association called for Judge Erika Ballou to resign after she told a defendant in her courtroom that “you’re a Black man in America, you know you don’t want to be nowhere where cops are.” The judge, who is Black, later added, “I don’t want to be around where the cops are because I don’t know if I’m going to walk away alive or not.”

On Friday, Lombardo joined with the union in calling for Ballou, who was elected in 2020, to step down off the bench.

At press time, Sisolak had not followed Lombardo’s advice.

Go for the food, stay for the … food

Speaking of Lombardo, he will be attending the annual Basque Fry event in Northern Nevada in August, a gathering of conservatives that features traditional Basque food. The Nevada event was started by Laxalt, who will also be speaking this year, along with previously announced attendees U.S. Sen. Ted Cruz, R-Texas, Nebraska Gov. Pete Ricketts and former Trump administration acting Attorney General Matthew Whitaker.

But seriously, try the food.

The SEIU Local 1107 has endorsed Horsford for re-election in Congressional District 4, saying “Congressman Horsford has always been an ally and friend of SEIU Local 1107. He has experienced hardships growing up that have instilled in him a dedication and devotion to unions and to working families in Nevada.” … The Nevada Conservation League has made its endorsements for the general election, backing all Democrats with the notable exception of Henderson Republican Melissa Hardy in Assembly District 22.

“(U.S. Rep. Liz) Cheney, (R-Wyo.) is the most important politician in America right now.” — Dmitri Mehlhorn, political strategist and adviser to LinkedIn co-founder Reid Hoffman, a Democratic donor who has donated to Cheney because of her role as vice chairwoman of the Jan. 6 commission.