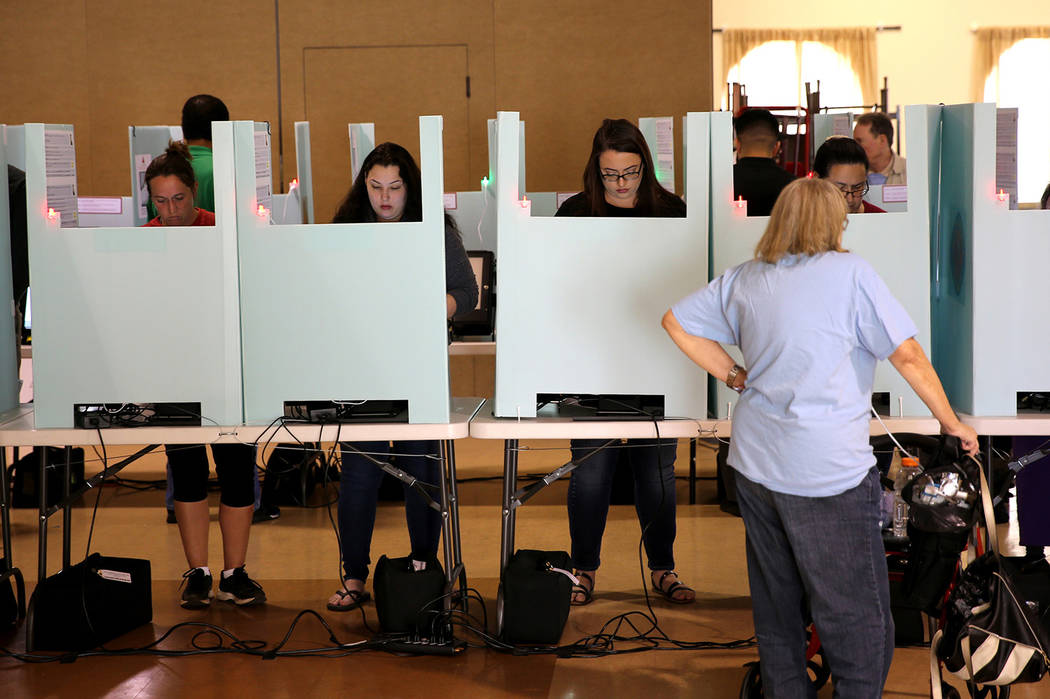 Nevada voters apparently were thinking pink when they voted Tuesday on Question 2.

As of 5 a.m. Wednesday, the measure, which would exempt feminine hygiene products — tampons and sanitary napkins — from sales and use taxes through the end of 2028, was leading with 56.7 percent casting a yes vote.

Voters in Clark County backed the measure with 59.7 percent of the vote.

The Nevada Legislature nearly unanimously backed striking down the so-called “Pink Tax,” and the exemption becomes law if approved.

Opponents of the measure warned that approving the exemption could result in the loss of between $900,000 and $1.3 million in sales-tax revenue annually. They viewed the proposed exemption as unsound public policy, noting that 36 states don’t have such an exemption.

This is a breaking news story. Check back here for updates.