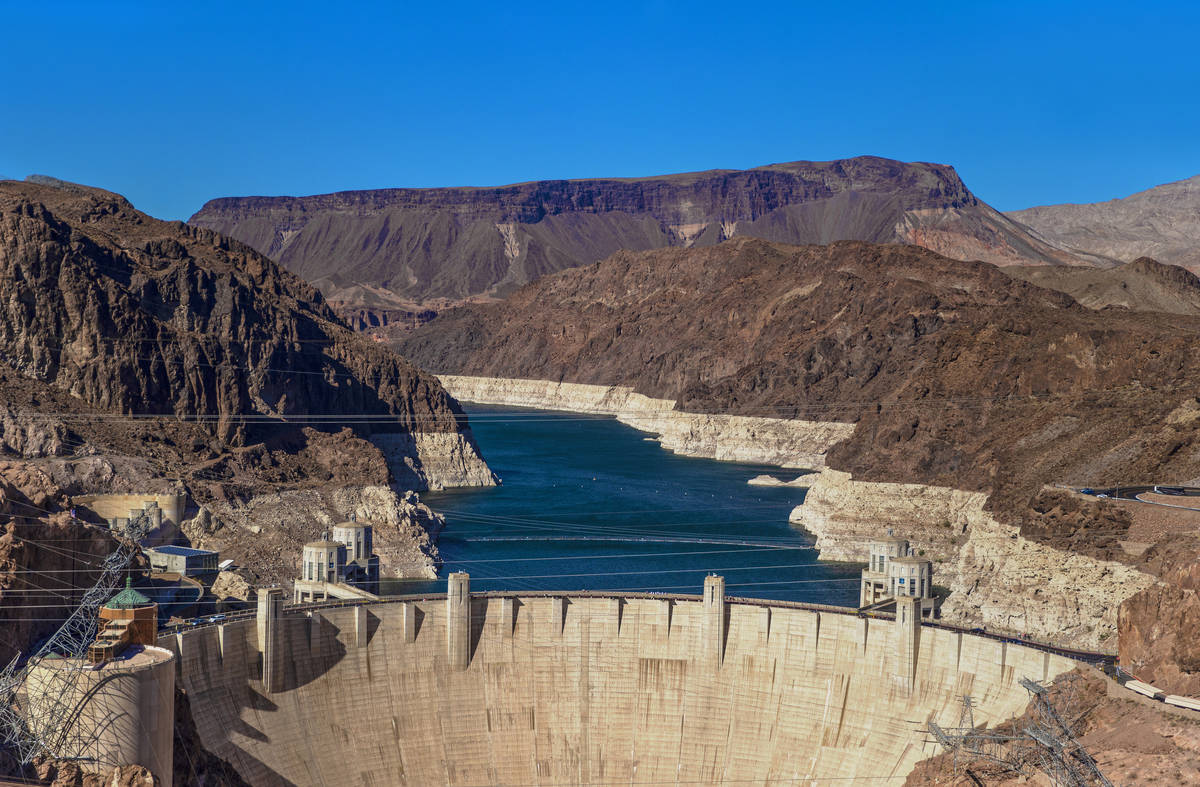 Water officials in Las Vegas are backing a federal bill that could help pay for a California project that would leave more water in Lake Mead.

The bill, heard by a House subcommittee Tuesday, would create a grant program to help build major water recycling projects in the West. It would allow the federal government to award up to $750 million in grants from fiscal year 2023 through 2027 for projects costing at least $500 million.

In testimony to the House Committee on Natural Resources’ subcommittee on water, John Entsminger, general manager of the Southern Nevada Water Authority, called the proposal “vitally important” to Southern Nevada.

“The legislation before us today addresses several critical areas of need, and I urge its passage,” he said.

The proposal comes as Lake Mead, which this month reached its lowest level since the reservoir was formed, nears its first federally declared water shortage. A shortage declaration would slash Nevada’s allocation of water from the Colorado River.

“Wastewater recycling is the type of innovation that we need to tackle this crisis, and it’s going to take a major investment,” Rep. Susie Lee, D-Nev., said in a statement released last week. Lee is one of the bill’s co-sponsors.

Sen. Catherine Cortez Masto, D-Nev., a member of the U.S. Senate Committee on Energy and Natural Resources, plans to introduce a companion bill in the Senate, according to a news release from Lee’s office.

On Tuesday, Entsminger told lawmakers that Southern Nevada is unique when it comes to recycling because nearly all of the water used indoors is treated and returned to Lake Mead for use again.

“At least locally, there’s little more that we can do to expand our resource supplies through reuse,” he said.

That’s why the water authority began exploring a partnership with the Metropolitan Water District of Southern California on a massive water recycling project, he said. The water district in California wants to treat wastewater and inject it into groundwater basins for reuse.

In exchange for investing in the project, the Southern Nevada Water Authority could access 20,000 to 30,000 acre-feet of California’s share of Lake Mead.

Deven Upadhyay, assistant general manager and chief operating officer of the Metropolitan Water District of Southern California, told the subcommittee that the proposed legislation could help to pay for the estimated $4 billion cost of the project.

Last year, the Southern Nevada Water Authority agreed to contribute $6 million for environmental planning of the project, but the agency can back out of the partnership before formally agreeing to additional funding and receive a refund on its initial investment. The water authority has said it expects to contribute up to $750 million to the project.

At full scale, it would be the largest purification facility in the country, capable of providing enough water for roughly half a million homes every year, Upadhyay said.

And Entsminger said the benefits would ripple through the Colorado River Basin.

“Because when that water backs up into Lake Mead, eventually that means less water is released from Lake Powell, as well,” he said. “And so these types of projects can help bolster a river system that provides water for 40 million Americans.”

“I think it’s absolutely essential,” he said. “But it’s not a justification for the type of development that we’ve seen in the past in Southern Nevada.”