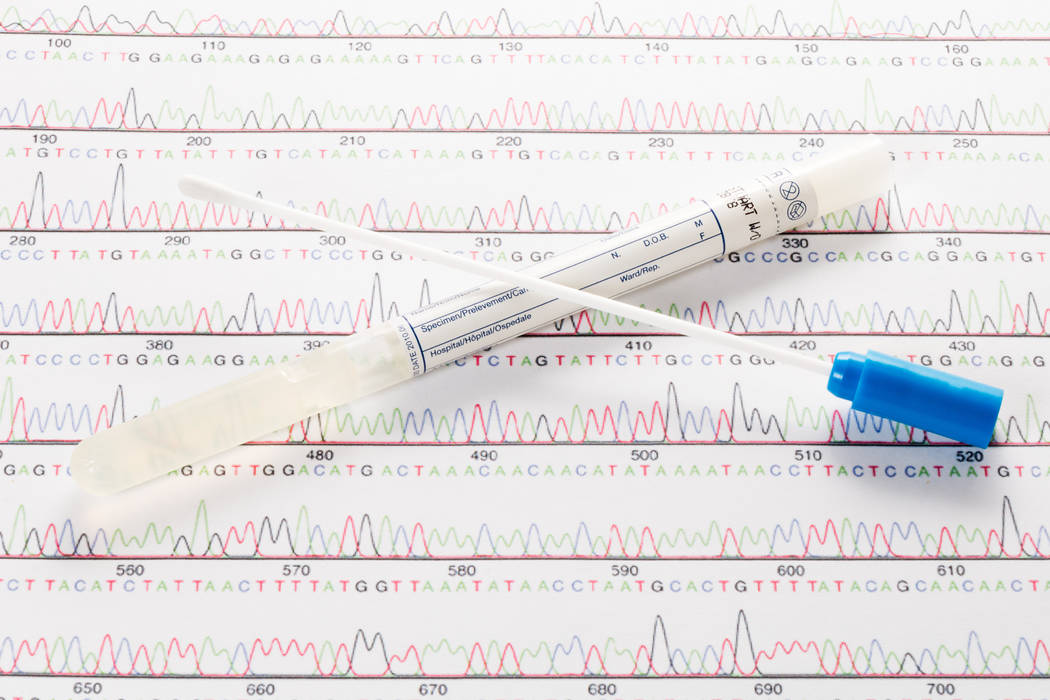 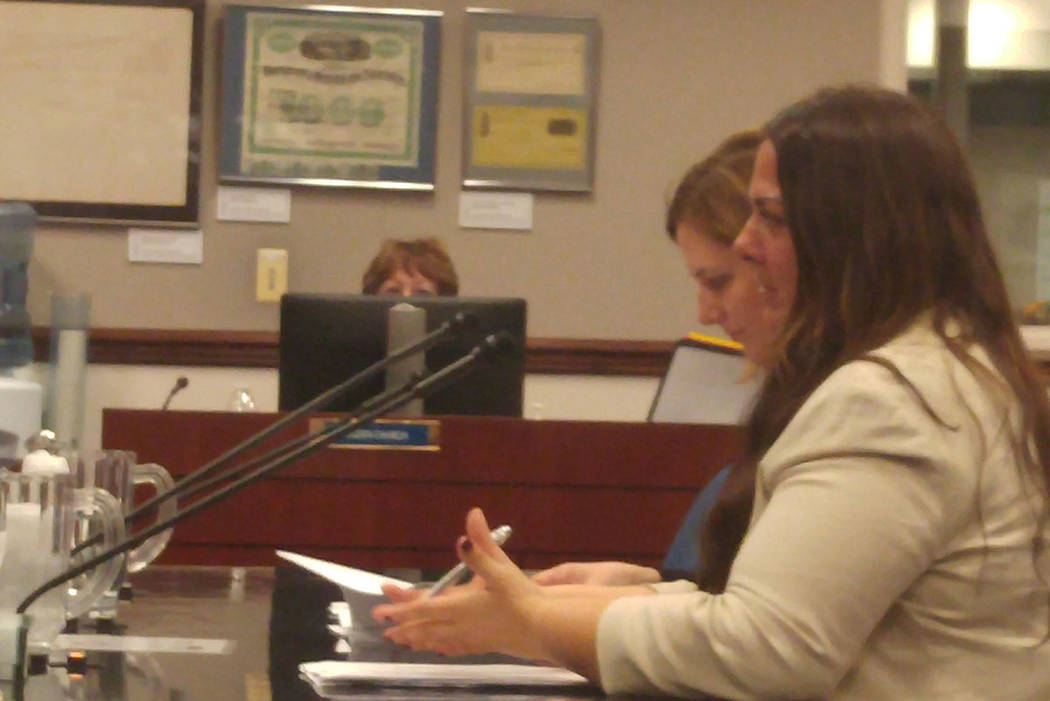 Brigid Duffy, director of the Juvenile Division of the Clark County District Attorney's office and Sen. Becky Harris, R-Las Vegas, talk to the Senate Judiciary Committee on Wednesday, March 8, 2017, about Senate Bill 169, which makes it a felony for authority figures in child welfare agencies to have sexual contact with young people in their care between 16 and 20 years old. (Ben Botkin/Las Vegas Review-Journal)

CARSON CITY — Nevada may start a statewide program that tracks rape kits while keeping victims updated on the kits’ progression through the system.

The program would begin if lawmakers pass Senate Bill 169. It would require tracking the location and status of rape kits, including the forensic medical examination, receipt by a law enforcement agency and DNA analysis at a laboratory.

The Senate Judiciary Committee heard the bill Wednesday but took no immediate action.

The bill would give the Nevada Department of Public Safety oversight over the program and would require law enforcement agencies, prosecutors and labs that handle rape kits to participate.

Victims would be able to anonymously track their rape kit online or receive updates about its status.

The bill would give the state a snapshot of how quickly it processes rape kits. Public reports would be filed to the state twice a year, showing county-by-county breakdowns of the average time it takes for a lab to process a kit.

Bill sponsor Sen. Becky Harris, R-Las Vegas, said victims should have a way to track how their rape kit is progressing.

Law enforcement officials testified in support of the bill, including Chuck Callaway, a lobbyist with the Metropolitan Police Department.

“We currently are in the process of trying to test all the kits we have,” he said.

The Nevada attorney general’s office has been awarded a $560,000 grant from the U.S. Department of Justice for a tracking system.

The bill also would increase by a decade the statute of limitations to file criminal charges for sexual assault. That would increase it from 20 years to 30 years.

Victim advocates and a sexual assault victim said victims need more time based on how long they suffer.

“Twenty years is not long,” one sexual assault victim testified, echoing what others said about victims needing time to step forward.

John Piro, a lobbyist for the Clark County public defender’s office, raised concerns about due process rights. He said it’s better to have public policy focused on the prompt reporting of assaults, which helps with the gathering of physical evidence and avoids problems like losing track of witnesses and records.