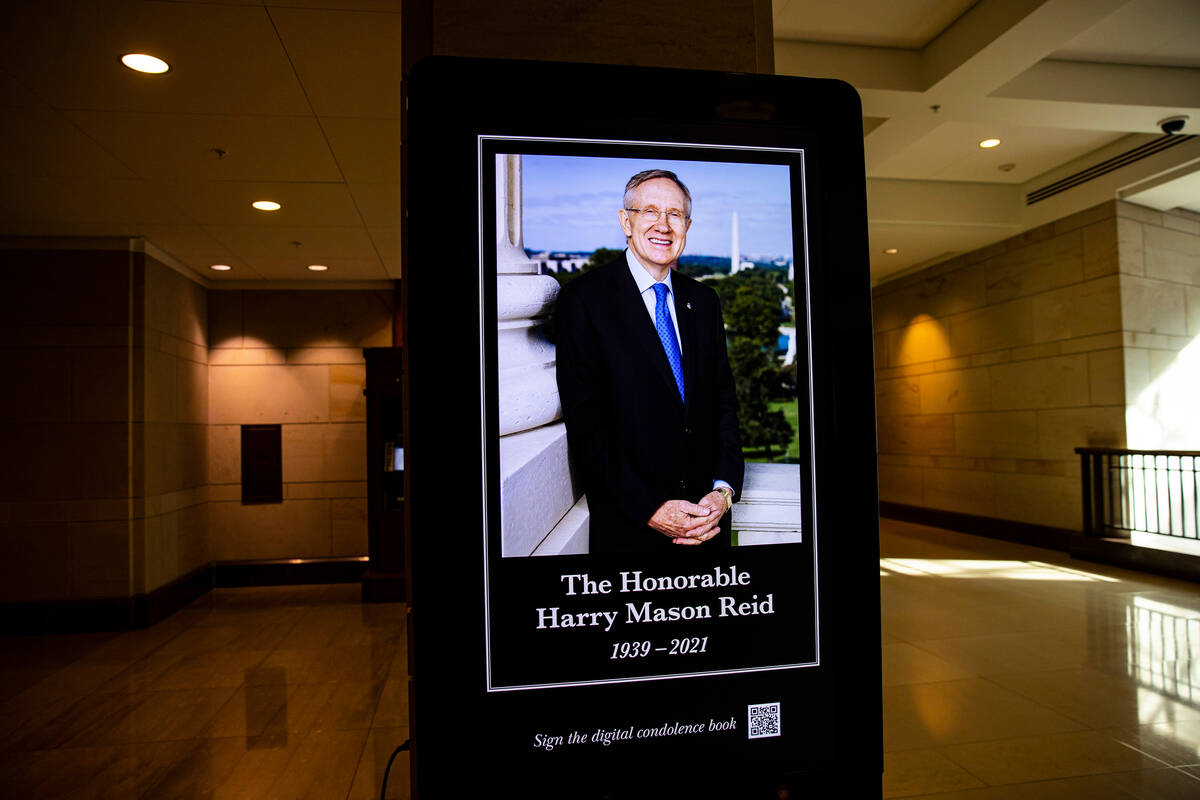 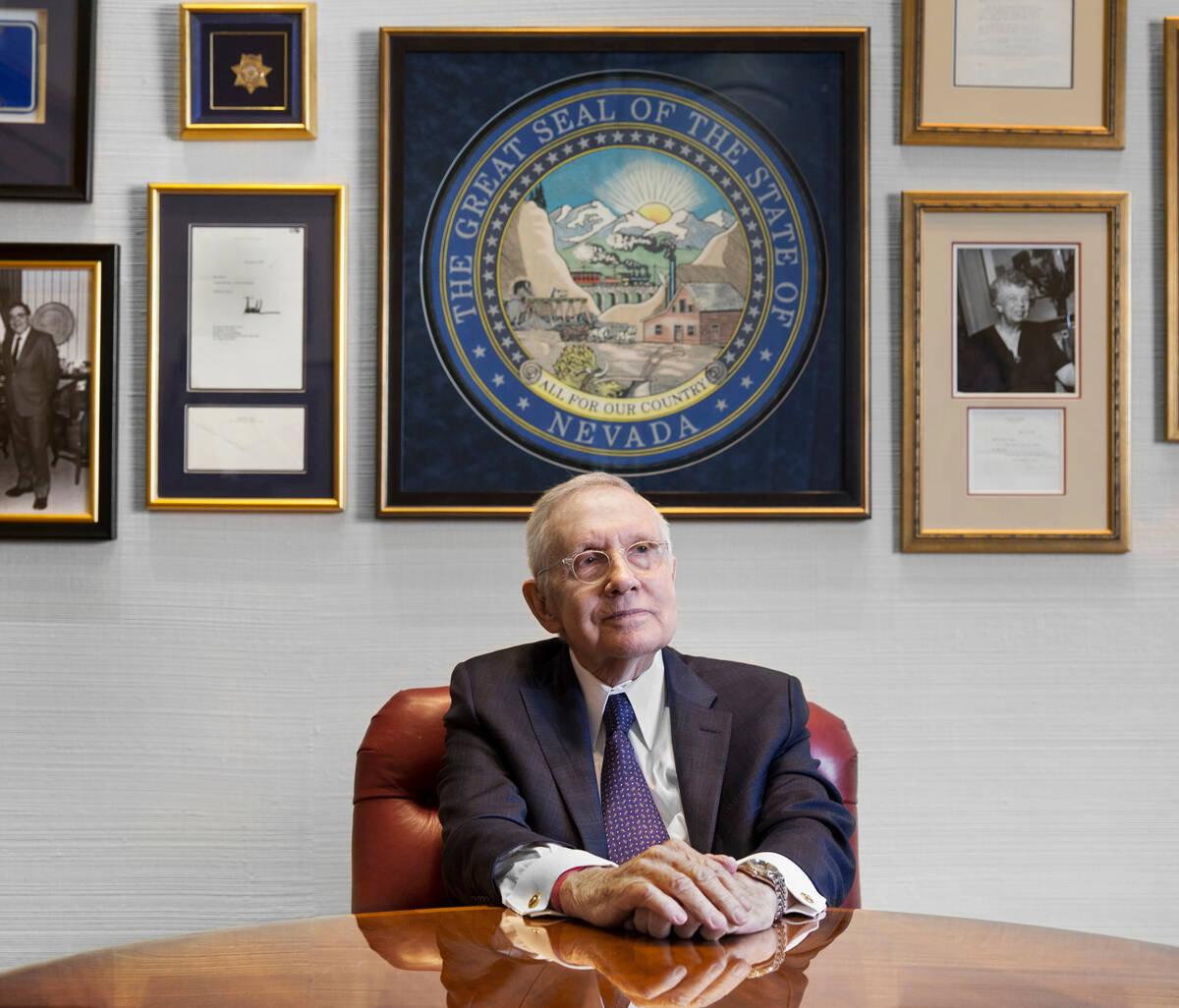 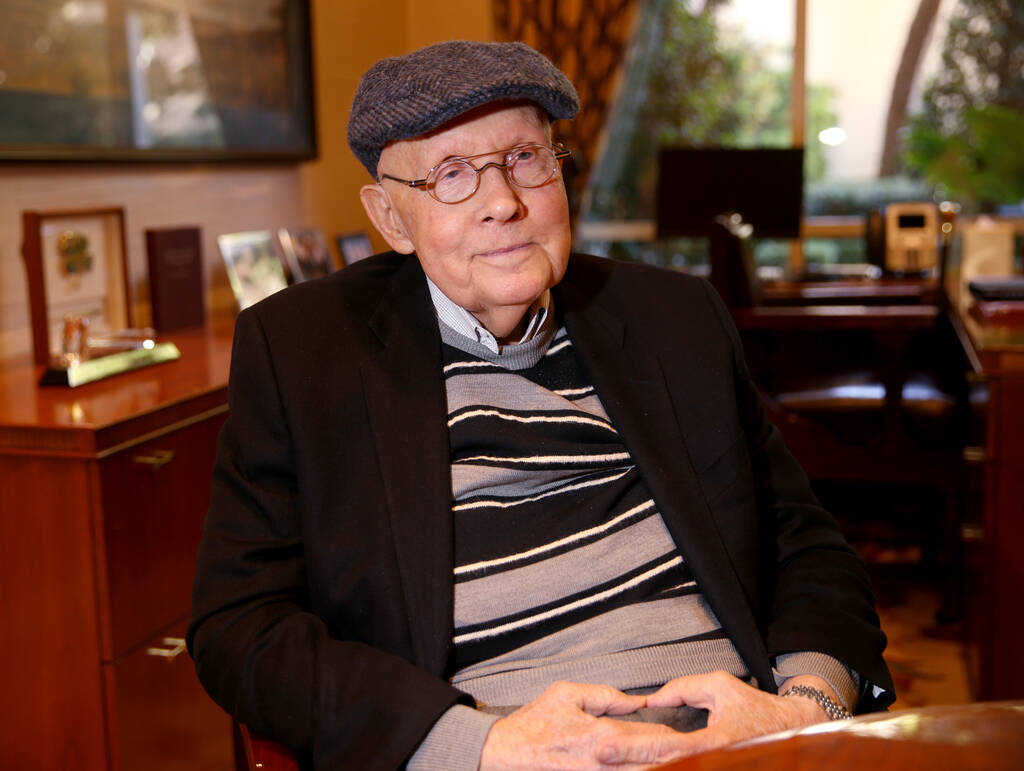 One year ago this week, Nevada’s most powerful federal representative died, but he still continues to play a major role in Silver State politics.

Former Senate Majority Leader Harry Reid died Dec. 28, 2021, at the age of 82, following a four-year battle with pancreatic cancer. Through the legacies he left behind in his political stronghold and in his political action organizations, he still helped Democrats in both Nevada and the nation secure major wins in the 2022 midterms.

Since an ultra-close win in 1998, Reid worked hard to rebuild the Nevada Democratic Party, handpicking operatives to ensure the party would help him and other Democrats win elections. That became known as the “Reid machine,” a network of operatives in the state and beyond that pushed Nevadans to register to vote and turn out at the polls.

Although its namesake is gone, the machine lives on.

Democratic incumbent Sen. Catherine Cortez Masto — Reid’s protégé who replaced him after he retired from the Senate in 2015 — faced a tough re-election this year against former Attorney General Adam Laxalt, who is the grandson of the late governor and U.S. Sen. Paul Laxalt. (In an historical irony, Laxalt defeated Reid in another tight race for the Senate in 1974, which Laxalt won by 624 votes.)

Although Cortez Masto was labeled as one of the most vulnerable senators in the country up for re-election, Reid’s Democratic machine fired on all cylinders through voter registration efforts and political campaigns to pull Cortez Masto across the finish line in November. She squeaked by with 7,928 more votes than Laxalt, the closest statewide general-election margin since Reid’s 1998 victory over then Congressman John Ensign.

The Democratic Senate Majority PAC, which Reid started when he was leader in the Senate, spent $131.5 million on helping Democrats secure seats in the Senate. The political action committee spent more than $30 million ensuring Cortez Masto would win her race.

The Reid machine not only delivered the Senate majority for Democrats but defended its Democratic House seats in Nevada, grew its majorities in the Legislature and won key statewide offices, with the exception of Democratic Gov. Steve Sisolak’s race.

“The Reid machine is the sum of all its parts, and I know he would be really proud of these midterm results,” said Rebecca Lambe, a Democratic analyst and former Reid aide, in a statement to the Review-Journal.

The political and organizing infrastructure Reid built and supported was always designed to support Democrats in the long term, Lambe said.

“There’s no question that every Democrat in Nevada has missed Senator Reid this past year,” Lambe said. “But part of his remarkable legacy is this incredibly strong network of elected leaders, political operatives, party activists, unions, and progressive partners in Nevada who all understand how to work in sync to grind out hard-fought wins.”

Reid’s impact on the 2022 midterms did not go unnoticed nationally. Following Cortez Masto’s win, Senate Majority Leader Chuck Schumer, D-N.Y., said at a news conference that his friend, Reid, “may be gone but he’s still with us.

“His legacy in Nevada continues to shine (as) bright as the lights on the Vegas Strip,” Schumer said.

Molly Forgey, a former intern for Reid’s Senate office who since has worked on multiple Nevada Democratic campaigns, said the Reid machine consists of three parts: the people who come to Nevada and stay longer than they expected, the grit that he instilled and the passion for Nevada that he spread to others.

“If you’ve been part of the Reid machine once, you’re always part of it,” Forgey said. Indeed, many former members of Reid’s staff have gone on to high-profile careers in politics, business and government.

Reid advocated staunchly for Nevada to play a bigger role in national elections and pushed Nevada into the national spotlight as the first state in the West to hold its presidential caucus — forcing candidates to prioritize issues important to Nevada. After he retired from the Senate, he urged the Legislature to ditch the caucus for a primary election, and lawmakers made that change. He further argued Nevada shouldn’t only be first in the West, but first in the country.

At a Rules and Bylaws committee meeting last month, she argued Nevada was the perfect state to go first in choosing the Democratic nominee for president, highlighting the state’s diversity, strong union presence and voting laws that make it easy to participate in the process. The committee voted to change the primary calendar to see Nevada vote second, tied with New Hampshire.

“I’m still very proud to be one cog in a wheel of lots of folks that sort of carry out his legacy,” Blanco said. “Even with his passing, we all have some stake and piece in the continued legacy that he has built for Nevada over his decades of being a public servant to Nevada.”

In his time as majority leader, Reid was critical to getting former President Barack Obama’s Affordable Care Act through the Senate, and he pushed for immigration reform, Blanco said. Those efforts continue to impact Nevada today.

He also blocked efforts to store nuclear waste in Nevada’s Yucca Mountain, and that work set the tone for most politicians in Nevada and thwarted the proposed repository again and again.

“That’s definitely a big policy issue that lots of folks still carry, and I think you see it in our federal delegation in terms of their position,” Blanco said. “Their fight to make sure that this is a safe Nevada.”

Some impacts Reid continues to have might not yet be known, Forgey said.

“It’s hard to really encapsulate what his legacy is because I think in a way we’re still learning from him and learning the impact he’s had on the state,” Forgey said. “There’s no Democrat in Nevada who doesn’t miss Harry Reid everyday. That I think speaks to the strong presence he had on our state.”