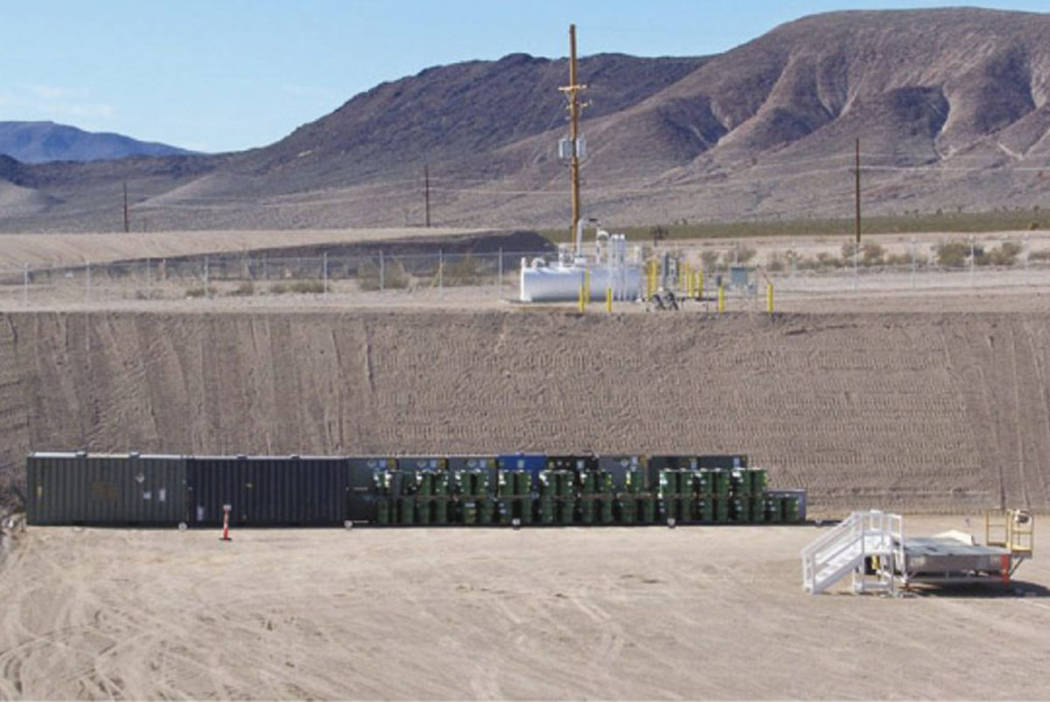 Waste packages are shown at the end of landfill cell in Area 5 at the Nevada National Security Site, 65 miles northwest of Las Vegas in this undated photo. (Photo courtesy Department of Energy) 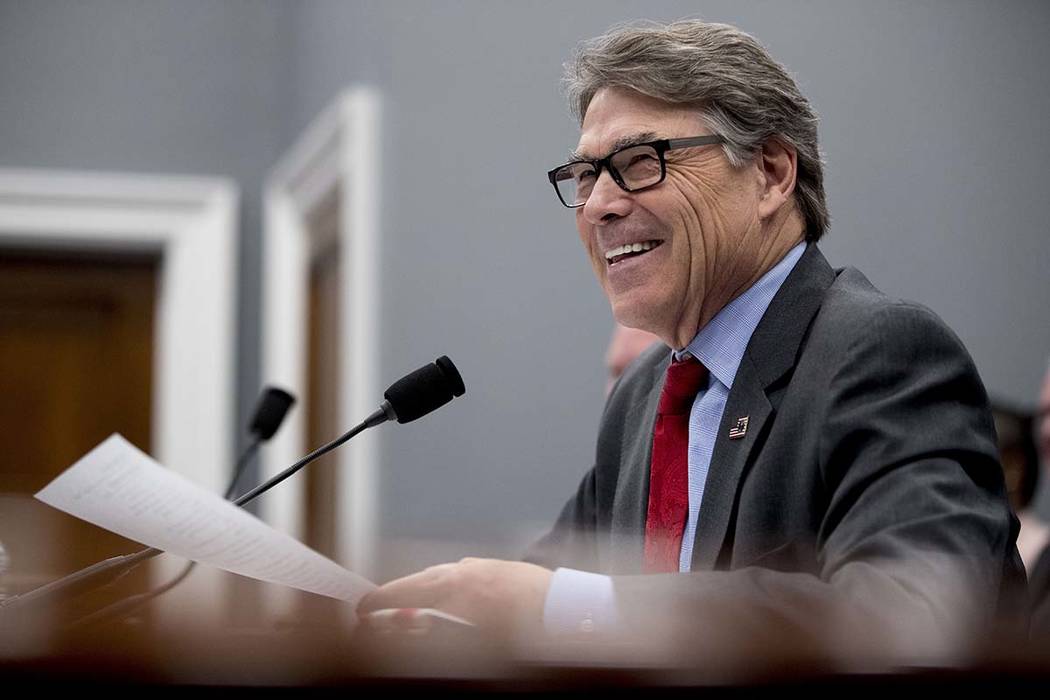 WASHINGTON — A defense safety board is concerned the Department of Energy has failed to address a vulnerability to earthquake hazards at a Nevada National Security Site facility where nuclear materials are stored — including a recent shipment of weapons-grade plutonium.

The Defense Nuclear Facilities Safety Board outlined its concerns to Energy Secretary Rick Perry and issued a report that pointed out the safety risks to workers and the “offsite public” due to seismic hazards to structures at the Device Assembly Facility at the Nevada security site, located about 90 miles north of Las Vegas.

“This facility continues to operate without accounting for the increase in seismic hazard and without evaluating whether the credited structures, systems and components can perform their safety function during and after a seismic event,” Bruce Hamilton, chairman of the Defense Nuclear Facilities Safety Board, wrote.

Hamilton summarized his concerns in a letter to Energy Secretary Rick Perry accompanying the report and dated March 21.

The report by the safety board was made public on its website.

A spokesman with the Nevada National Security Site field office in Las Vegas, which is under the Department of Energy, could not immediately respond to questions about the report late Friday.

The Department of Energy also did not immediately respond to questions about the report.

Bob Halstead, executive director for Gov. Steve Sisolak’s Agency for Nuclear Projects, said the state of Nevada was aware of the report and its findings.

“On the face of it, it appears to be very significant and we are taking a hard look at it,” Halstead said.

Nevada officials are well aware of the seismic activity in the region.

The most recent U.S. Geological Survey, in 2008, lists the area that includes the Nevada security site and nearby Yucca Mountain, a proposed nuclear waste repository, as one of moderate to high seismic hazard.

Two faults, the Northern Death Valley and the Black Mountains, are located near the Nevada security site and the proposed nuclear waste storage facility.

According to the USGS, one of the strongest recent earthquakes in the state occurred on June 29, 1992 at Little Skull Mountain, Nevada, in the southwest portion of the Nevada security site and about 12 miles west of Yucca Mountain.

The Defense Nuclear Facilities Safety Board, an independent organization that reviews public health and safety issues at the Energy Department’s nuclear defense facilities, said concerns about seismic hazards at the Device Assembly Facility in Nevada were first raised in 2007.

And the report noted that facility has “high explosives co-located with special nuclear material.”

Without improvements to structures and components, the facility may no longer be able to withstand the increased seismic hazards identified in 2007, the report noted.

An Energy Department safety analysis cited in the report notes that the department finds the structure, blast doors, blast valves and its fire suppression system would significantly reduce release of material.

The Device Assembly Facility is a collection of 30 steel-reinforced concrete buildings. It includes a laboratory and bays to conduct several missions, including support of the maintenance of the nation’s nuclear stockpile.

Last August, the Energy Department notified Nevada and Texas that it would move weapons-grade plutonium to the Nevada Test Site and the Pantax Plant due to a federal court order issued in South Carolina.

Nevada filed a motion in federal court in Reno to block the shipment in November 2018.

The National Nuclear Security Administration informed the Reno court earlier this year that the shipment of a half metric ton was shipped to the Nevada security site before the state filed its motion to block the transfer.

Federal officials said the secret shipment was classified and the court and Nevada was informed after the information was declassified.

“NNSA routinely ships this type of material between its sites as part of our national security missions and has done so safely and securely for decades,” according to an Energy Department statement issued Jan. 31.

Nevada’s lawsuit was dismissed by the court, and an appeal filed asking the court to order the Energy Department to remove the plutonium and issue an injunction to block future shipments.

The state cited the risk of potential contamination and exposure to radiation from the plutonium in its appeal.

Federal officials said the plutonium is being stored in Nevada until it can be transferred and stored at an Energy Department laboratory in Los Alamos, New Mexico.