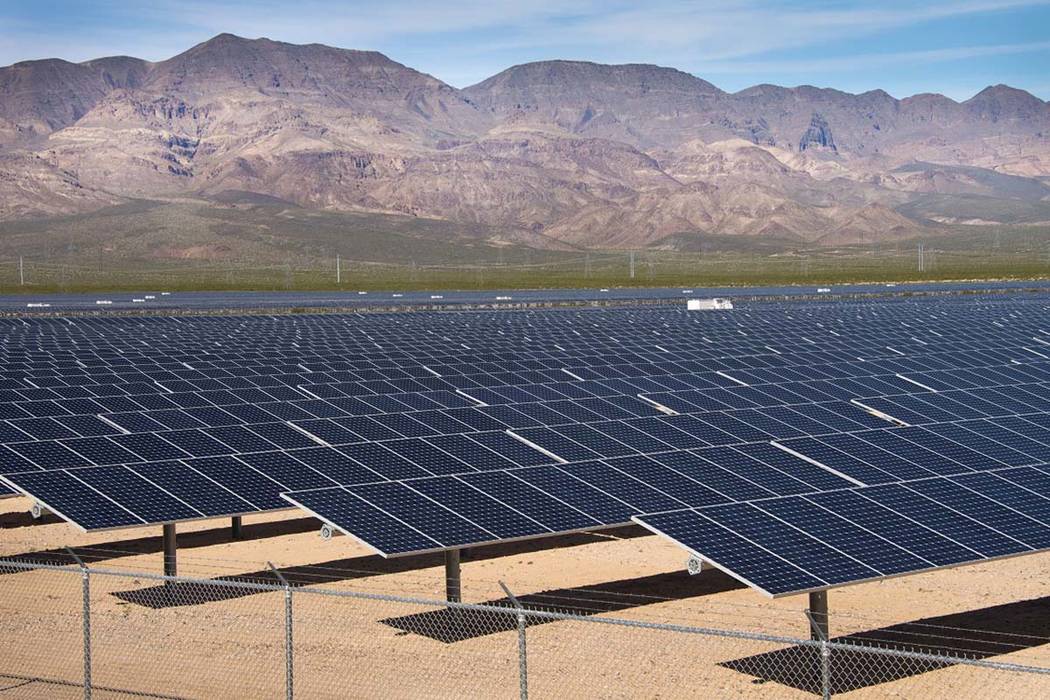 WASHINGTON — A bipartisan bill that would repeal the Trump administration’s tariffs on solar panels was filed Thursday by Rep. Jacky Rosen to protect renewable energy jobs in Nevada.

Rosen, D-Nev., said the success of solar in Nevada has resulted in “new jobs, cheaper power bills, and the growth of a new industry that is diversifying our state’s economy.”

“My new bill will reverse this damaging decision,” Rosen said in a statement.

Trump claimed in January that the tariffs on solar panels would create more jobs in the United States with manufacturers who make the equipment. But companies that install the panels or develop solar farms said the tariffs would create price hikes that could cause projects to be cancelled and result in a layoff of workers.

The Washington-based Solar Foundation found that the solar industry accounted for 8,371 jobs in Nevada. About 12 percent of those jobs were filled with veterans. And about 95 percent of the jobs were in sales, installation and development.

Sanford said over 7,000 South Carolinians in the solar industry could lose their jobs with the tariffs.

Meanwhile, three Canadian companies that build the panels have filed a lawsuit challenging the tariffs in the U.S. Court of International Trade.

China, Taiwan and the European Union have lodged complaints with the World Trade Organization.