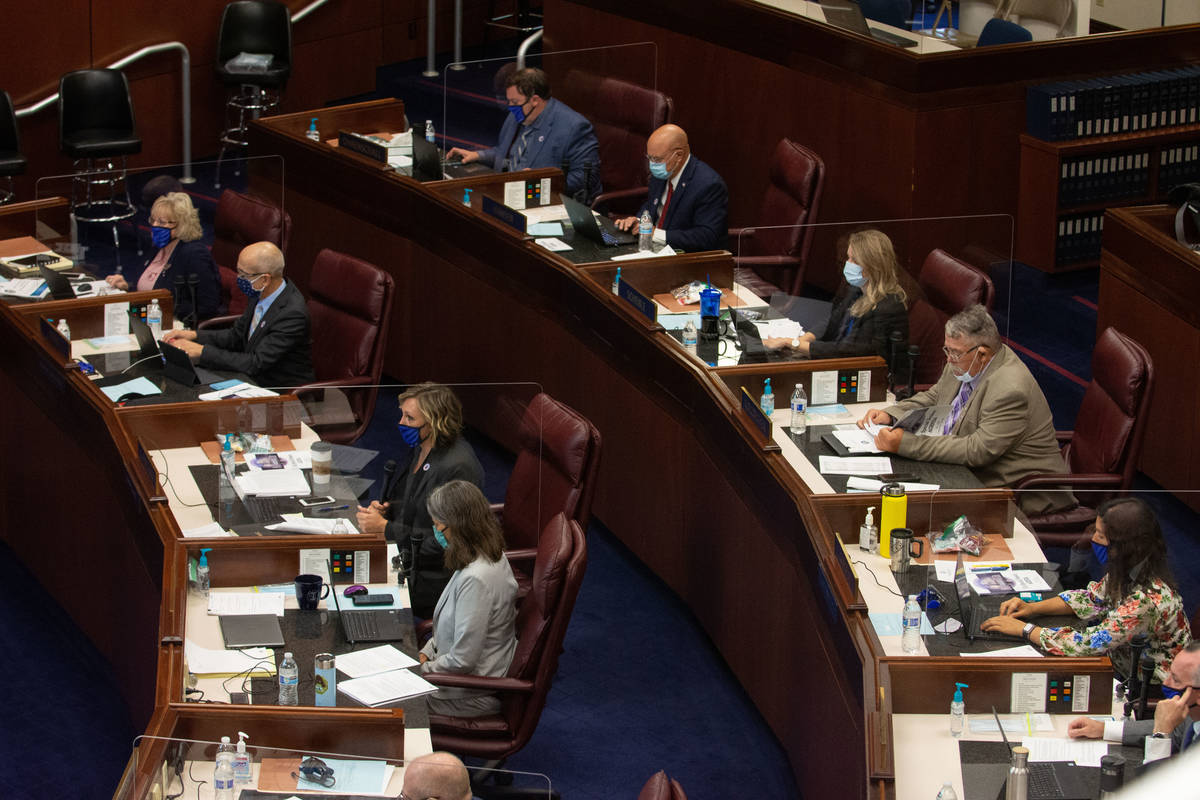 CARSON CITY — The proposed cuts to Nevada’s education budget are expected to disproportionately impact the state’s poor and minority students, and advocates and some lawmakers are pushing for the Legislature to find ways to keep those programs whole.

Roughly two-thirds of the proposed $156 million in cuts to the Nevada’s K-12 budget will come out of programs that have been lauded as key tools in helping low-performing students make up ground.

The cuts would drain about $72 million from funds authorized through Senate Bill 178 in 2017 that sends an extra $1,200 for each underperforming student to certain schools. Another $31 million would be cut from Nevada’s Read by Grade 3 program. Lawmakers are also considering a bill during the special session that would allow the Clark County School District to sweep unspent money at the school levels into the district’s general funds.

Some have pointed to the proposed budget keeping the Distributive Schools Account — which directly funds school districts and charter schools in the state — whole and the per-pupil funding untouched at $6,288 as positive signs for public education.

But others, like Assemblyman Howard Watts III, D-Las Vegas, have also questioned the equity of those cuts and wondered why programs put in place to help the state’s most vulnerable students are being targeted while some programs, such as the Gifted and Talented Education program, remain untouched.

“We’re essentially balancing most of our cuts to education under this proposal on the students that need the resources the absolute most,” Watts said during a presentation of the cuts on the Assembly floor this week.

Those comments were echoed by Sen. Ben Kieckhefer, R-Reno, who said that the programs were designed specifically to help the most at-risk students — English learners and students living in poverty.

“It is a hit directly into the schools that are serving minority students and students who are living in poverty. I think we should all be concerned about that,” Kieckhefer said.

What school budget teams might notice the most is the loss of SB 178 funds, Morgan said. Those went to specialists, after-school programs and tutoring for low-income and English learner students not in Zoom or Victory schools — some 58,000 students in Nevada.

Beyond the school level, SB 178 funds were supposed to help transition the state to the long-anticipated weighted funding formula, she said.

That may now be in jeopardy, or require drawing funds away from Zoom or Victory programs, she said.

“It takes us so long as a state to build up and grow after one of these economic crises,” Morgan said. “And then you get knocked down again.”

Caryne Shea of HOPE For Nevada said it’s difficult to pinpoint which of the cuts would hurt schools most, because each compounds the potential damage to low-income students and students of color. SB 178 provided needed services to students not in Zoom or Victory schools, Shea said, and Read by Grade 3 specialists addressed a low reading proficiency rate among elementary students.

Shea added that even if school leaders find ways to save these services as they suggested to legislators they may be able to do, the cuts still create a burden on schools. HOPE For Nevada recently joined seven other education advocacy organizations in asking the state to address chronic underfunding in Nevada schools.

“Legislators should understand that all this means is that more work will be put on education professionals who are already so overwhelmed with what this year will look like,” Shea said. “They’re not acknowledging that our kids need more now, not less.”

Getting funding for those programs to the level they reached after the 2019 Legislature took nearly a decade of incremental increases, Sen. Joyce Woodhouse, D-Henderson.

Lawmakers are still working on possible solutions to fund those programs, or at least mitigate the cuts, Woodhouse said. Shifting money around to fill the holes by taking money from other agencies isn’t a likely solution since the cuts to K-12 are so large, but lawmakers are looking at raising some taxes, she added.

Any revenue increase would require at least one Republican senator vote, and so far talks between the two sides have not produced a solution, or even a public proposal.

But Woodhouse said that the biggest help would be relief dollars coming in from the federal government, which at this point are anything but certain.

If new revenue were to come to Nevada, either through a tax increase or new federal dollars, Woodhouse said her priority is to put money back into those programs.

Woodhouse is also hesitant on the proposal that was brought to lawmakers by Clark County School District Superintendent Jesus Jara to allow the district to use unspent money from schools for the district, which in total adds up to about $120 million.

She said she’s received several emails from principals, and noted that many of the schools that have leftover dollars are the same schools that would lose money due to the budget cuts.

Woodhouse said she understands how the funds could help the district, but said she worries about taking the money from the schools’ hands.

“They know what their students need better than anybody because those are the people who see those students every single day,” Woodhouse said.

It was little surprise that the $120 million in carryover funds at the school level was an attractive pot of money during a time of scarcity, said Stephen Augspurger, executive director of the Clark County Association of School Administrators and Professional-Technical Employees.

But the union would prefer that the money stays with schools, Augspurger said, where it’s set aside for technology upgrades, textbook adoptions and other large projects.

Augspurger said he’s working with the Legislature to modify the language of the bill in order to avoid creating additional hardship for schools, particularly those that will be looking to their carryover funds to cover the impacts of the other budget cuts on the table.

“That money is not just sitting, it’s not just spent at the whim of the principal, it’s spent with the input of staff and school organizational teams,” Augspurger said. “When that money disappears, plans that schools and school principals have made will be null and void.”