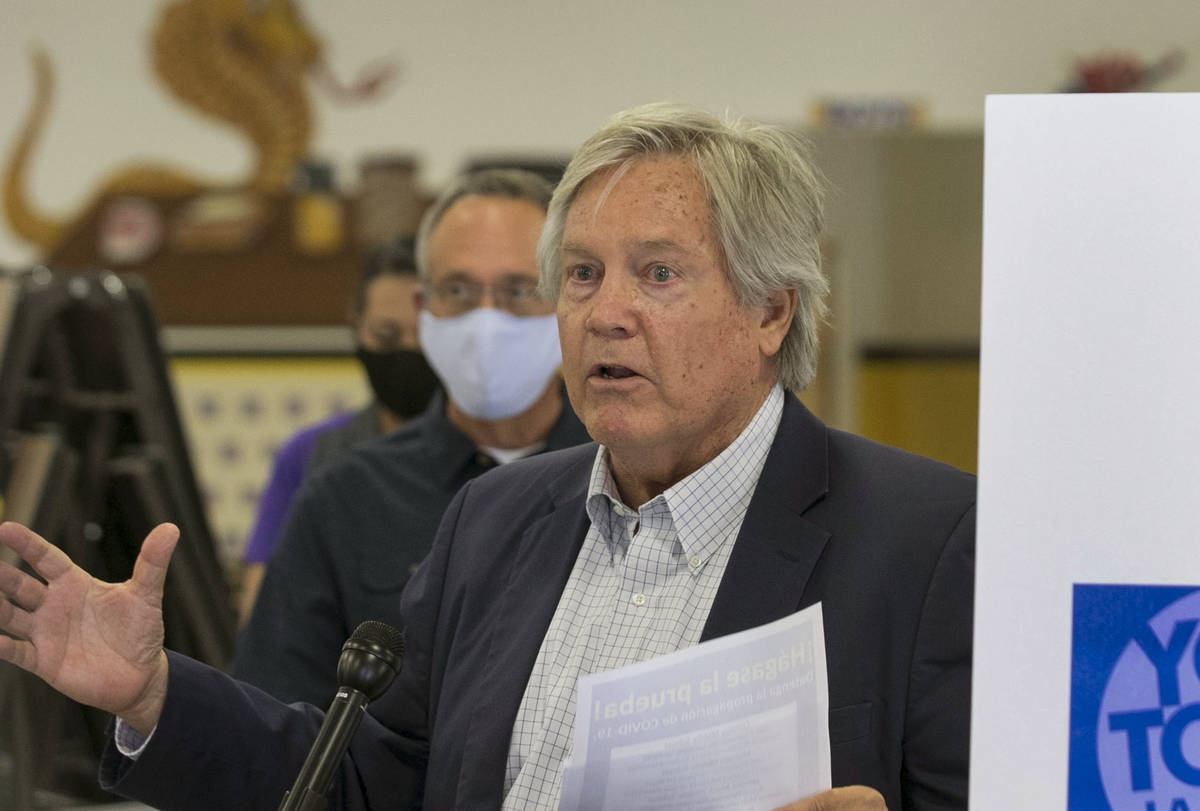 Clark County Commissioner Tick Segerblom will run for the chairmanship of the Nevada State Democratic Party, he announced Monday on Twitter.

Segerblom filed his official paperwork as nominations to replace outgoing chair and fellow Commissioner William McCurdy II began Monday. He is currently the only candidate to have done so, according to the state party. Its central committee will elect a new chair on March 6.

it's official, i just filed my nomination form to run for State Chair of the Nevada Democratic Party. 2022 will be a critical year in the history of Nevada, together we can keep our great state going forward!

If elected, this would be Segerblom’s second turn at the helm of the state party. He previously served as its chair from 1990-94.

Segerblom is in his first term on the commission, having served 12 years as an assemblyman and state senator in the Nevada Legislature prior to that.

An attempt to reach Segerblom by phone on Monday evening was not successful.

On Twitter, Segerblom noted switching the state to a presidential primary, moving Nevada to the beginning of the presidential nominating calendar and pushing for Las Vegas to host the Democratic National Convention would all be platforms for his chairmanship run.

Segerblom, an attorney by trade, comes from the liberal wing of the Democratic Party. He was a key supporter of Vermont Independent Sen. Bernie Sanders for president in 2016 and 2020. Sanders won Nevada’s caucuses last year, but eventually lost the nomination to Joe Biden.

Segerblom is also known for his support of legalizing both medical and recreational marijuana in the state.