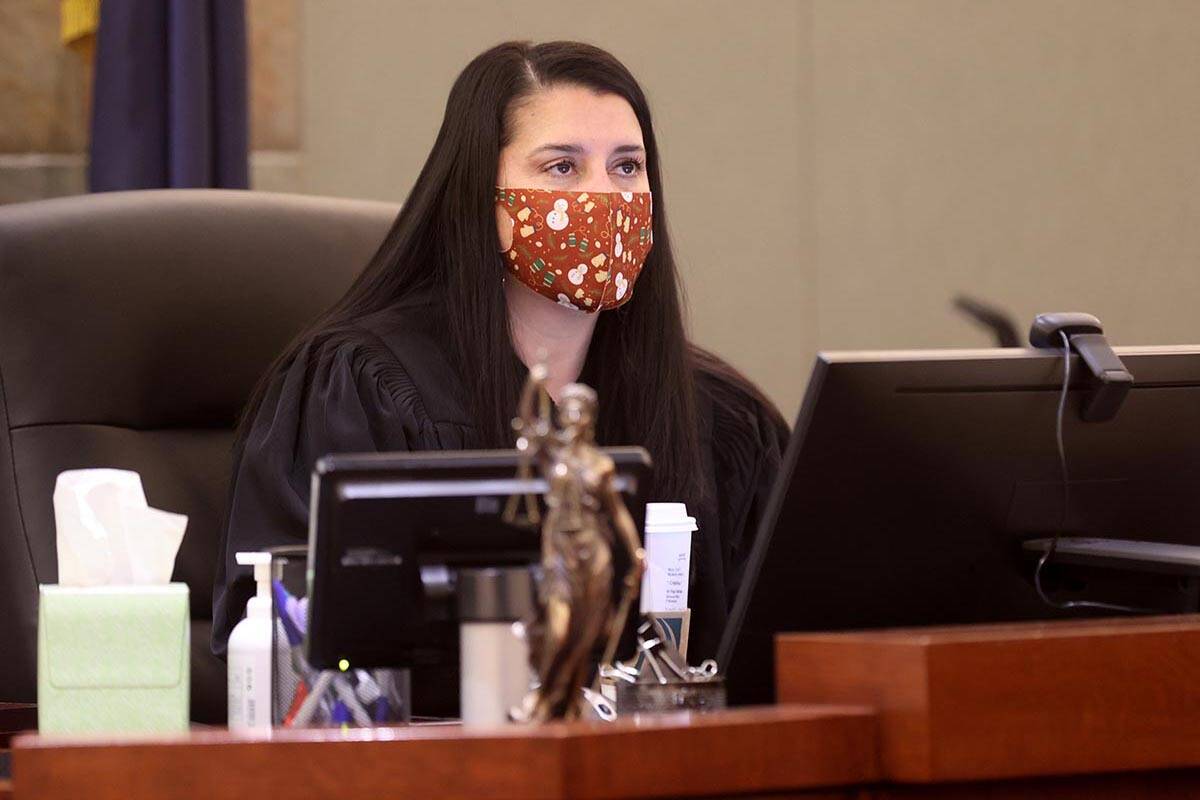 Both Silva and Traum were reported out by the committee and advanced to the full Senate on separate 12-10 votes, with Sen. Lindsey Graham, R-S.C., the only Republican on the panel voting to advance the nominations.

“I’m very glad to see that the nominations of Judge Silva and Professor Traum have advanced through the Senate Judiciary Committee with bipartisan support,” said Sen. Jacky Rosen, D-Nev.

“These highly qualified nominees are poised to fill federal judicial vacancies on the U.S. District Court of Nevada that have been open for several years,” Rosen said in a statement following the vote.

The Senate Judiciary vote clears the way for likely confirmation in the Democrat-controlled Senate, said Carl Tobias, a University of Richmond School of Law professor and founding faculty of the William S. Boyd School of Law at UNLV.

Silva and Traum were among eight of 12 nominees advanced without debate by the committee.

“Most important for Silva and Traum is that the Senate will confirm them soon, perhaps this month or early February,” Tobias said.

Silva and Traum were recommended by Sens. Catherine Cortez Masto, D-Nev., and Rosen, and nominated by Biden on Nov. 3, 2021, to fill vacancies in Las Vegas and Reno that have been vacant since 2018 and 2016, respectively.

The vacancies have been declared “emergencies” by the Administrative Office of the U.S. Courts. Nevada has seven judicial seats in the 9th Circuit, two of which are currently vacant.

Biden has moved quickly since his election to nominate a diverse slate of candidates for the federal courts. The Senate has confirmed more than 40 of his nominees, with three fourths of those women and more than half being people of color.

By contrast, three fourths of former President Donald Trump’s nominees were white and male, according to the liberal-leaning Alliance for Justice.

Biden has made diversity a priority in his judicial selection process.

Traum was previously nominated for a federal bench by President Barack Obama, received Judiciary Committee recommendation in 2016, but did not receive a Senate vote when Republicans halted judicial confirmations to keep open the Supreme Court vacancy created by the death of Justice Antonin Scalia. Her nomination died for lack of action.

Silva is a state judge in Las Vegas appointed to that post in 2019 by Gov. Steve Sisolak.

Both have strong ties to the state and its legal community. Traum has served as public defender, an assistant U.S. attorney for civil cases in Nevada and law professor at UNLV.

Silva was a federal prosecutor who assisted with the criminal investigation into the Oct. 1, 2017 mass shooting in Las Vegas that left 60 people dead.