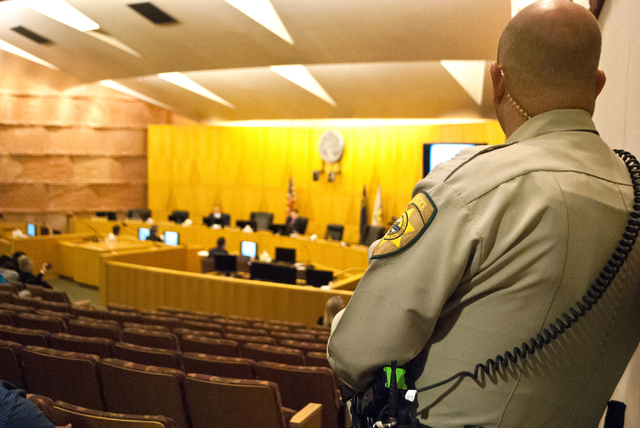 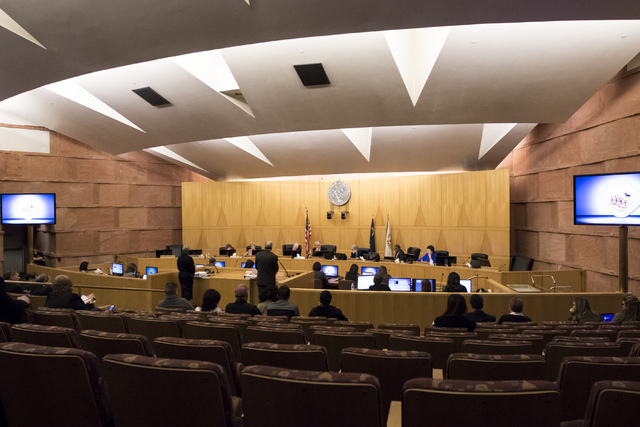 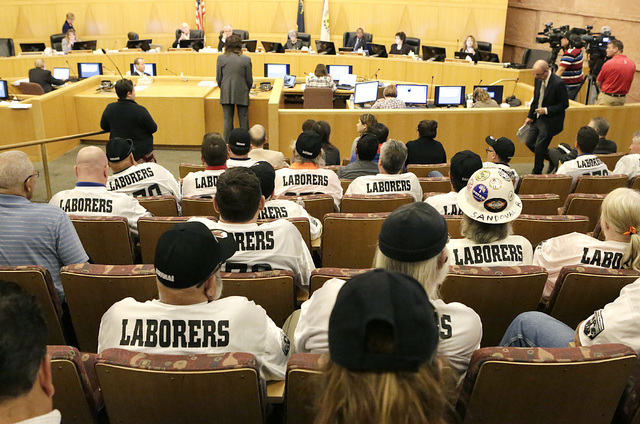 Mixing private and public is much the norm for public employees and officials in the Silver State.

Those cases brought to the national spotlight a practice common among public employees: using privately owned email accounts and devices for government business.

Nevada law does not prohibit public employees from using personal cellphones or email accounts for public business. But are those communications considered a public record like those that come from government accounts?

“Wherever government business is conducted, it should be subject to the law,” said Clark County Commissioner Mary Beth Scow.

In a ruling last week, the California Supreme Court said yes, those communications from public employees in that state are public record.

Most Nevada officials surveyed by the Review-Journal said they use personal email accounts, cellphones or other devices either in tandem with or in place of the publicly funded option.

Many use their own devices and accounts out of convenience and to stay accessible to voters. And the majority of those surveyed said they have no issues with subjecting their personal devices to public records requests.

Emails, text messages and other records sent from and received by government-issued accounts and devices can be requested through public records requests. And outside a handful of restrictions — such as when documents might mention personnel issues — agencies are compelled to produce those records.

Advocates of government transparency say the use of such personal accounts could allow officials to skirt public records laws and hide things they don’t want to be seen.

Clark County Commissioners Scow, Susan Brager and Lawrence Weekly said they use a private email account and personal cellphone for county business, and those should be subject to a public records request if they relate to public business.

“I do not believe that a personally owned device bought and paid for by myself and not billed to the County should be subject to [Nevada] open records requests,” Giunchigliani said in an email.

Giunchigliani admitted she “occasionally” uses her personal devices to access county email, but she tries to avoid using personal accounts for county business.

While she opposes her personal devices being subject to records requests, Giunchigliani said she does give up communications from those devices if they pertain to a public records request through her county email.

Coffin uses his personal cellphone and free Hotmail email account for all city communications, he said. That email address is what Coffin puts on letterheads and business cards.

“You could say it’s a private account, but it’s very public,” Coffin said.

Coffin said he prefers to keep his communications with constituents private.

North Las Vegas Mayor John Lee said he does not use a private email account for city business.

Or even his city-issued email, for that matter.

“I don’t like having to stop, put my glasses on and read, because it becomes a whole thing,” Lee said. “I’m old school.”

Of the 15 Nevada legislators surveyed, 10 said they stick to their official email account for legislative business, and five said they occasionally use personal email and text.

But public or private matters little when it pertains to legislators. Their emails, from either the state or a private account, are not subject to Nevada’s public records laws.

LAW UP FOR DEBATE

If the communications involve public business, they should be public, said Barry Smith, executive director for the Nevada Press Association.

“No matter what device they’re on.”

The law in Nevada falls on the side of those records being public, Smith said.

But the interpretation of Nevada’s public records laws and how they apply to personal accounts is up for debate.

A group of Lyon County residents requested records from members of the Lyon County Commission and Comstock Mining Inc. over a land-use decision in January 2014 that allowed mining to return to the area.

District Court Judge Steven Kosach ruled last year that records on personal devices and accounts are not open to public inspection, because they are outside the control of the public agency.

Kosach said those communications are not considered official actions, but he noted that his ruling “may cause public employees to skirt the provision of the (public records law) by conducting business on their personal devices.”

The residents have appealed to the Nevada Supreme Court. The residents’ attorney, Luke Busby, said in a brief filed in November that the decision “will provide critical guidance to local governments on issues directly affecting Nevada citizens right to access public records.”

The Nevada high court could look to its western neighbor for precedent, with the California Supreme Court’s ruling on a similar case.

In a unanimous decision, the California court ruled that communications sent on personal devices should be disclosed to the public if they deal with public business. To protect some level of privacy, the court said it would be up to the employees to look through their accounts and devices and then sign an affidavit saying exactly what they looked for and what they found.

“It eliminates the possibility that government officials can conceal communications by sending them from the Gmail or Yahoo account, rather than their government account,” Snyder said.