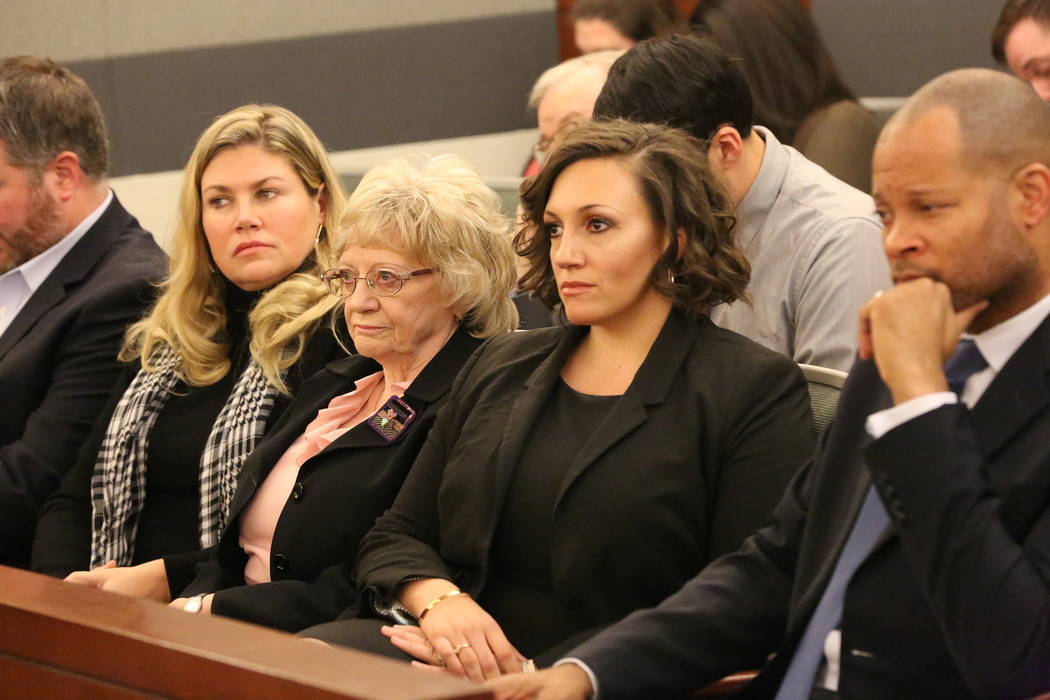 Recall opponents Joyce Woodhouse, center, and Nicole Cannizzaro, right, listen as attorney Marc Elias argues whether it is constitutional to allow people to have their names removed from a recall petition on Wednesday, February 7, 2018. (Michael Quine/Las Vegas Review-Journal) @Vegas88s 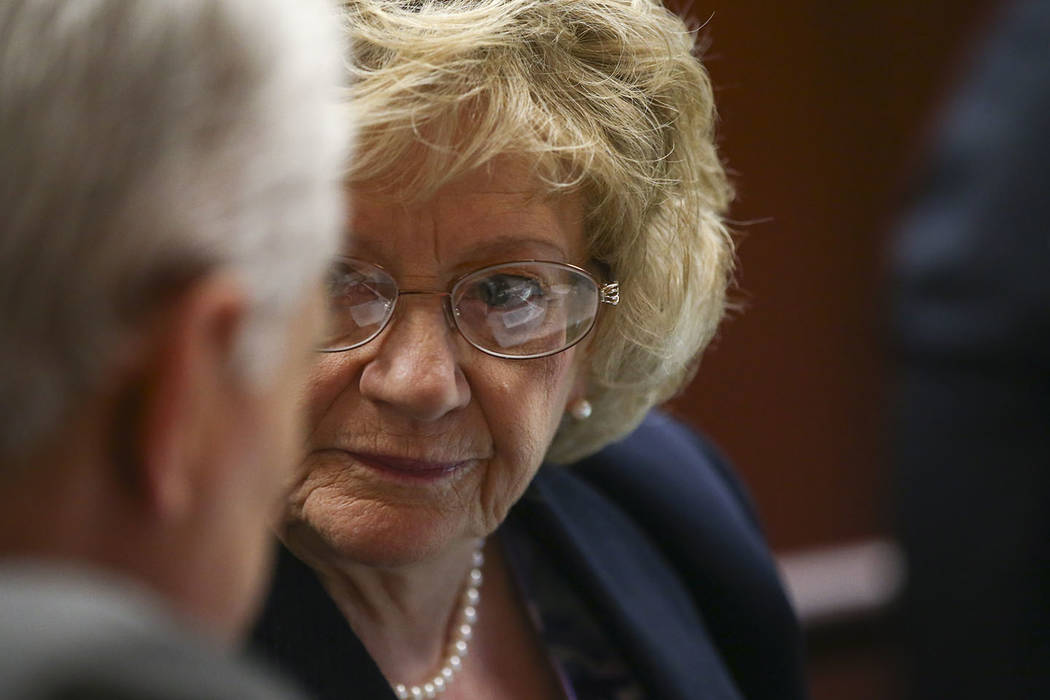 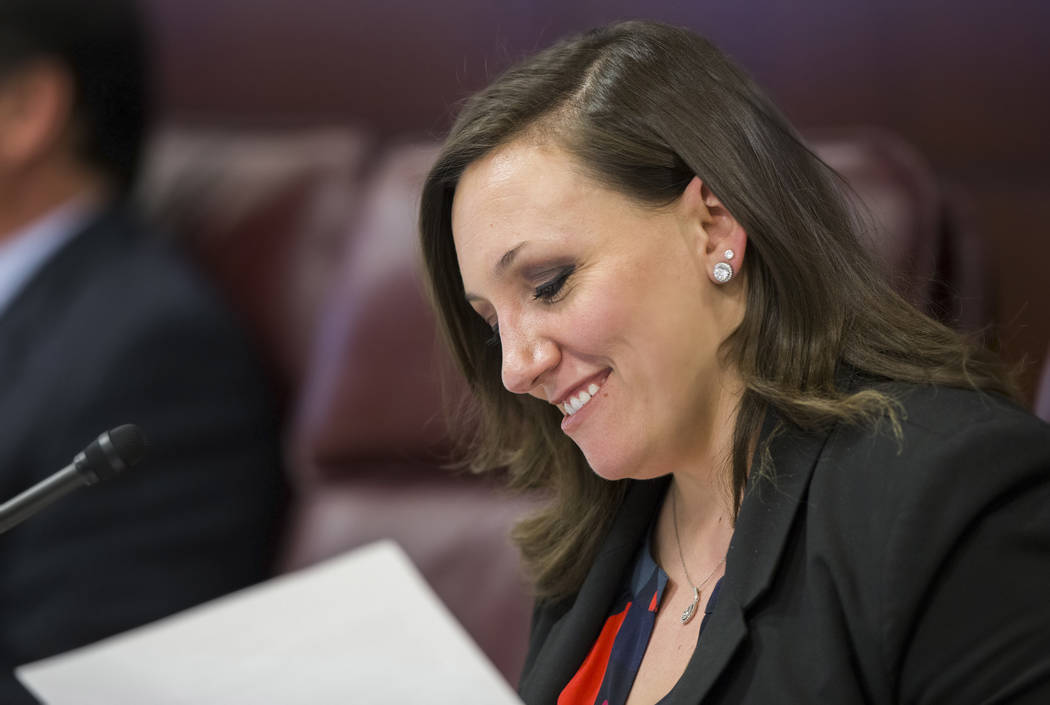 What is dead may never die, especially when it comes to the attempted recall of two Democratic state senators.

“The Election Department has been contacted by the petitioners’ legal representative and we are in the process of re-checking all of the signatures they have identified,” Kulin said. “We expect to be able to complete this review by early next week and will update the certificate of results if necessary.”

An attorney for the Republican-backed efforts declined to comment Thursday afternoon.

But Billy Rogers, president Advanced Micro Targeting, the group hired to gather signatures for the recalls, said it had requested the recheck of 389 signatures in the Woodhouse recall.

Rogers said he hopes to submit more signatures for re-check in the Woodhouse case, as well as some in the Cannizzaro recall, ahead of a court hearing next week.

If enough of those signatures are found to be valid, the recall group’s potential appeal to the state Supreme Court could be made more viable.

Last month, District Court Judge Jerry Wiese ordered the county election department to review the validity of all signatures submitted in both recalls, as well as the petitions submitted by people who wanted their names removed from the recall effort.

It seemed as though the recalls may have been finished after the review, but the recheck may breathe new life into the efforts.

But even if the recheck puts the Woodhouse recall above the initial threshold, the group would still need to appeal to state’s high court in an attempt to overturn Wiese’s ruling, which said that the post-submission removal forms should be counted.

Recall backers, represented by Lt. Gov. Mark Hutchison and his law firm Hutchison and Steffen, have argued that accepting those removal forms is unconstitutional.

Wiese is scheduled to hold a hearing on Wednesday to discuss the findings of the full verification.