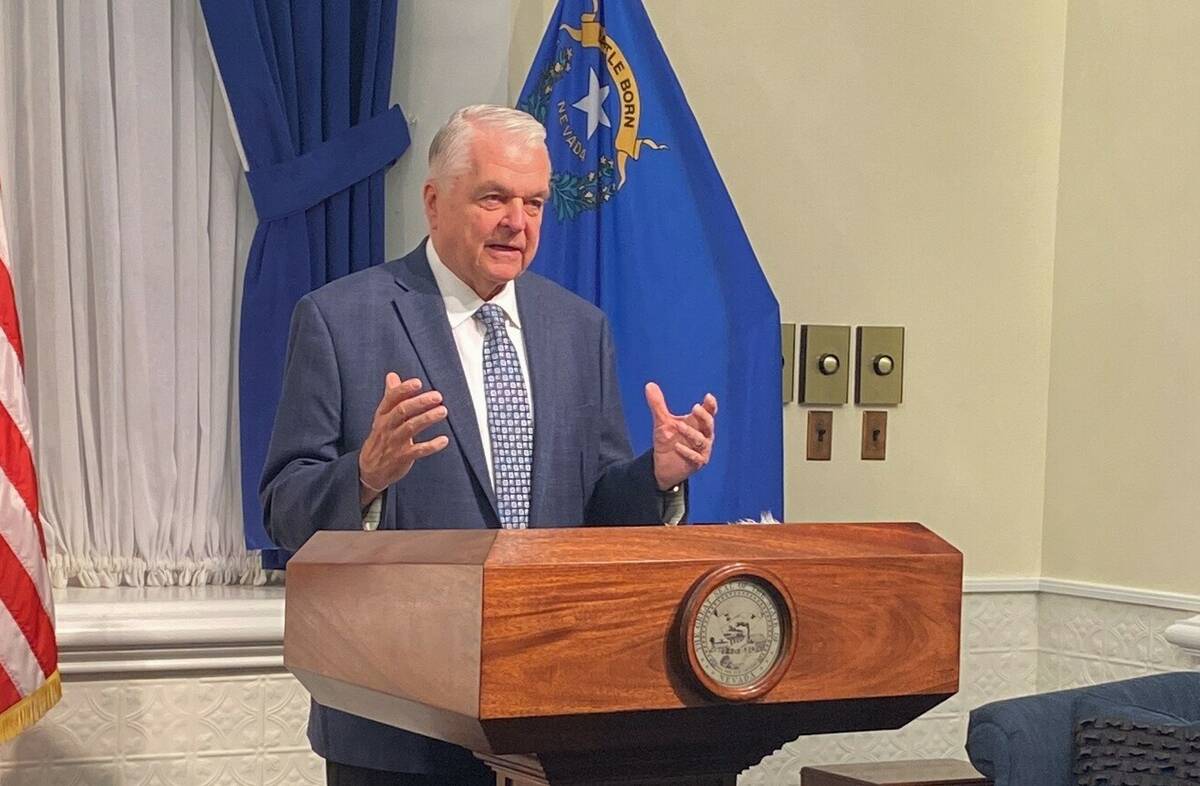 The governor, speaking to reporters in his Carson City office, said Nevada’s economy, and specifically in Southern Nevada, is prepared to withstand a rollback in discretionary spending that could result from a recession.

“The hospitality industry is doing well,” he said. “Conventions are coming back in. We’ve got some more international travel coming, which is going to help us significantly. I think that our economy is in pretty good shape right now.”

The governor also painted a rosy picture of the state’s budget, predicting a surplus going into the next session of the Legislature, which starts in February.

“I’m confident that our economy is running on all cylinders right now and is going to help produce us enough revenue that we won’t have any type of shortfall moving into the session,” he said.

But many Nevadans are concerned about the price of gasoline and groceries, which Sisolak said is out of his hands.

“There is nothing at the governor’s office that we can do about the price of groceries,” he said. “Unfortunately, that’s just a national inflation level. The same is true with gas.”

Sisolak instead spoke on initiatives his office has committed funds to, including efforts to expand affordable housing and child care programs.

Sisolak, who is running for re-election, was slammed by his Republican opponent, Clark County Sheriff Joe Lombardo, who took aim at both the governor and President Joe Biden.

“Across the state, Nevadans are struggling to pay rent, buy groceries, and get school supplies, all while Steve Sisolak has the audacity to brag about all that he and Joe Biden have done in Nevada,” Lombardo said in an emailed statement.