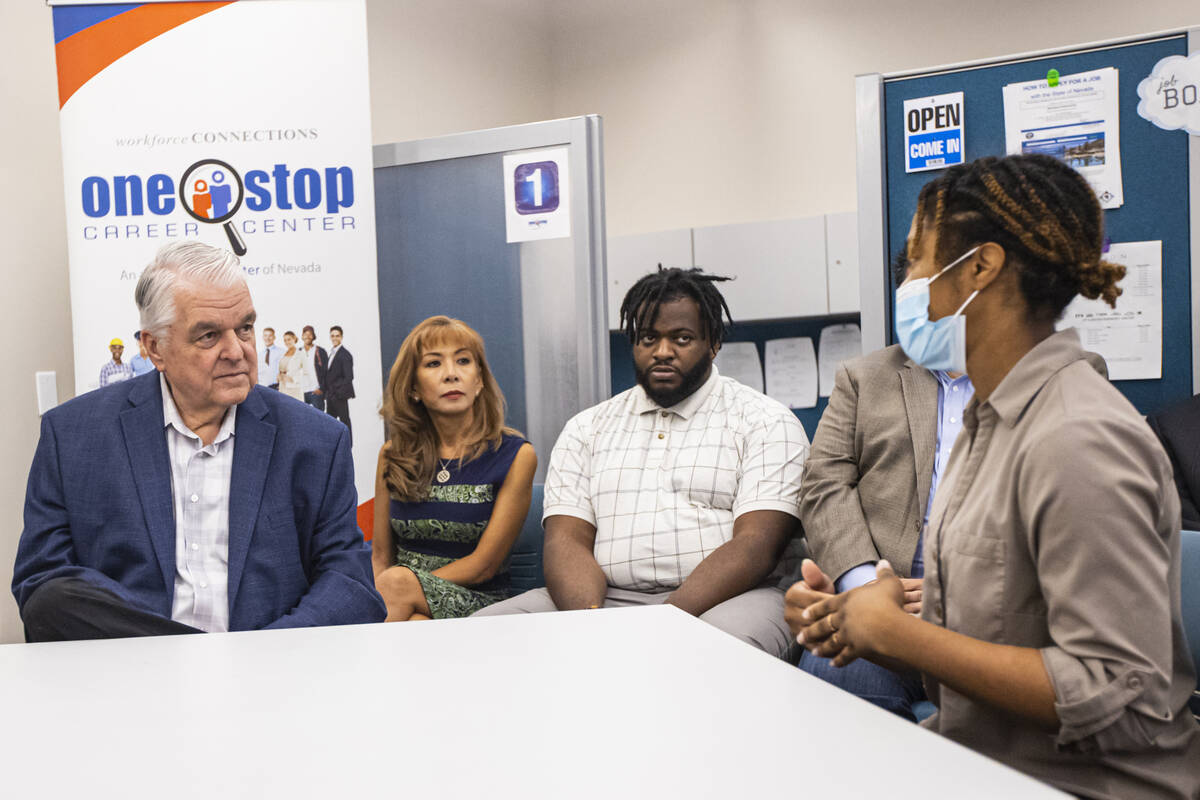 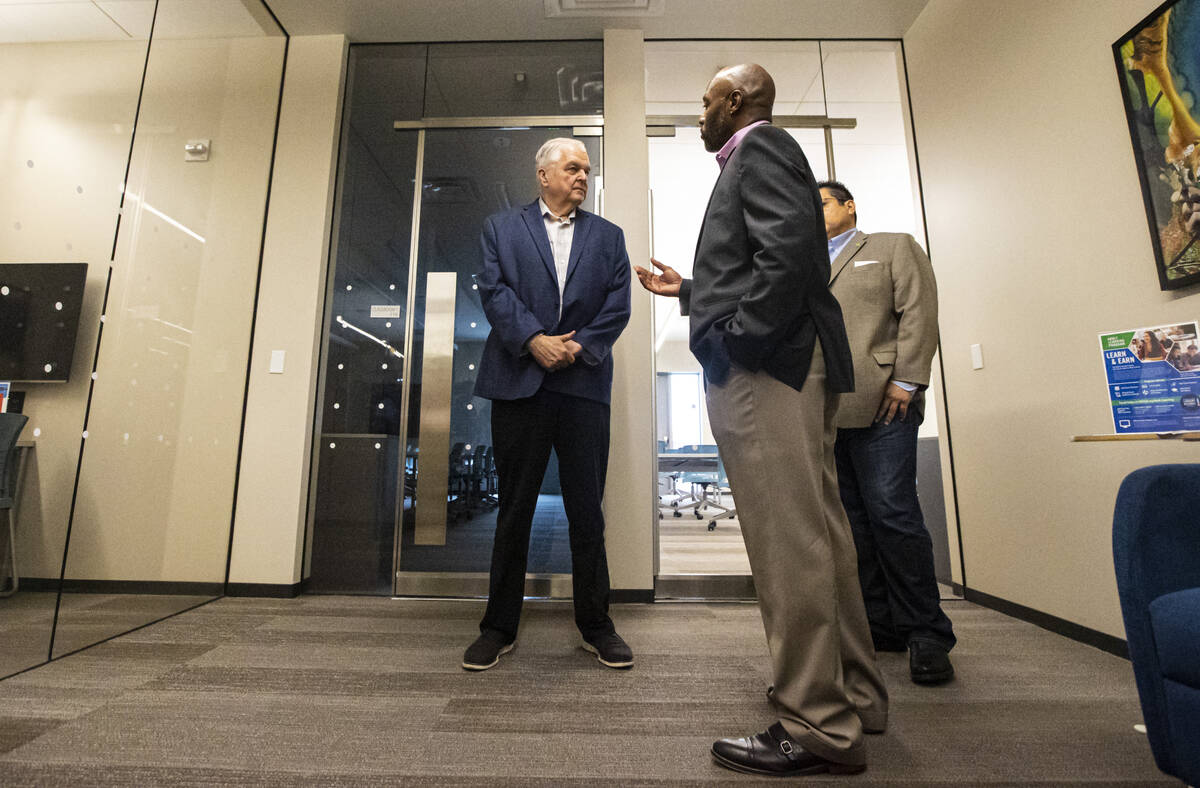 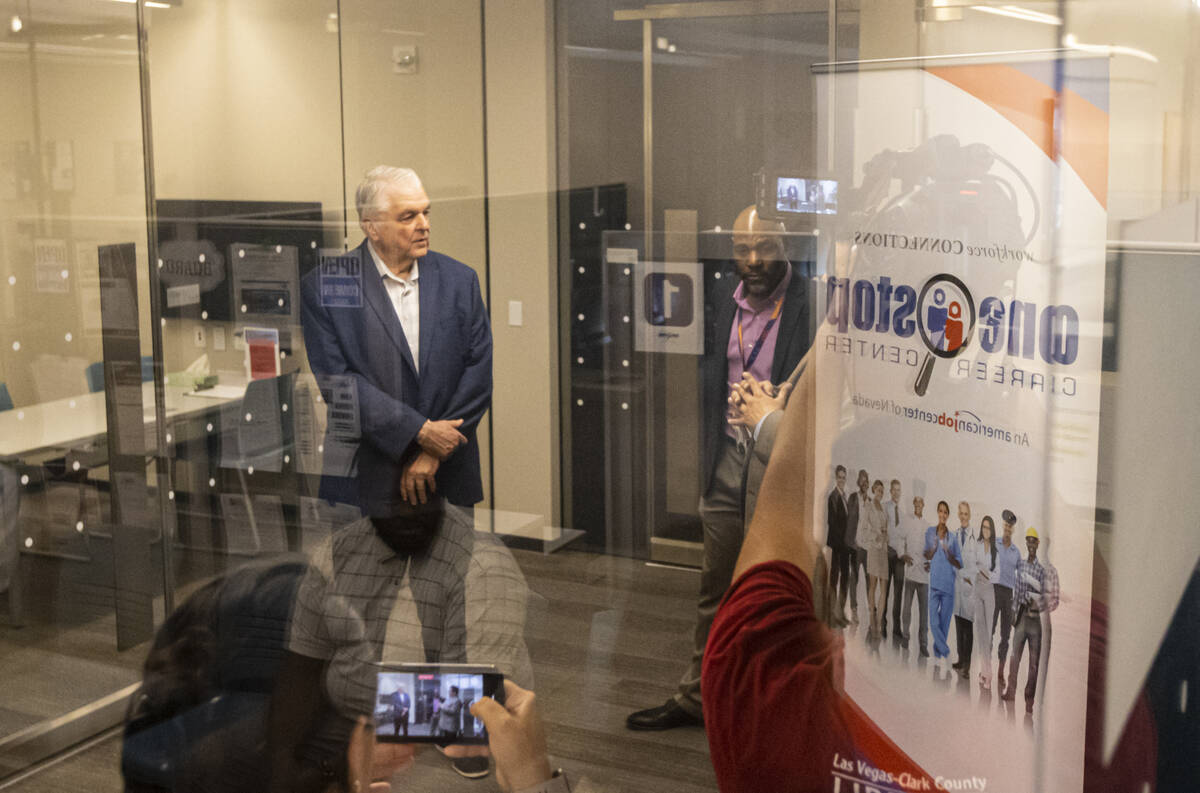 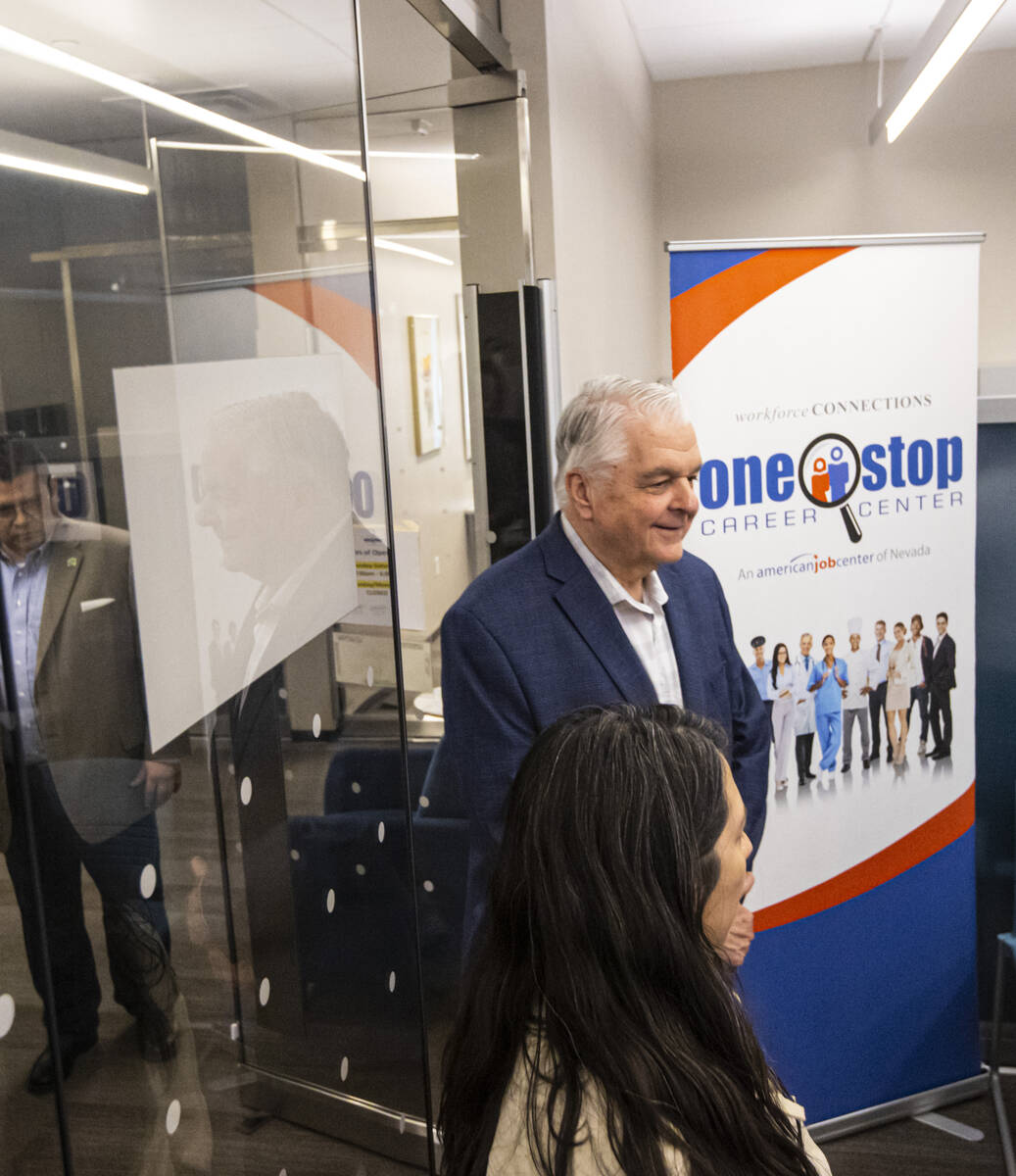 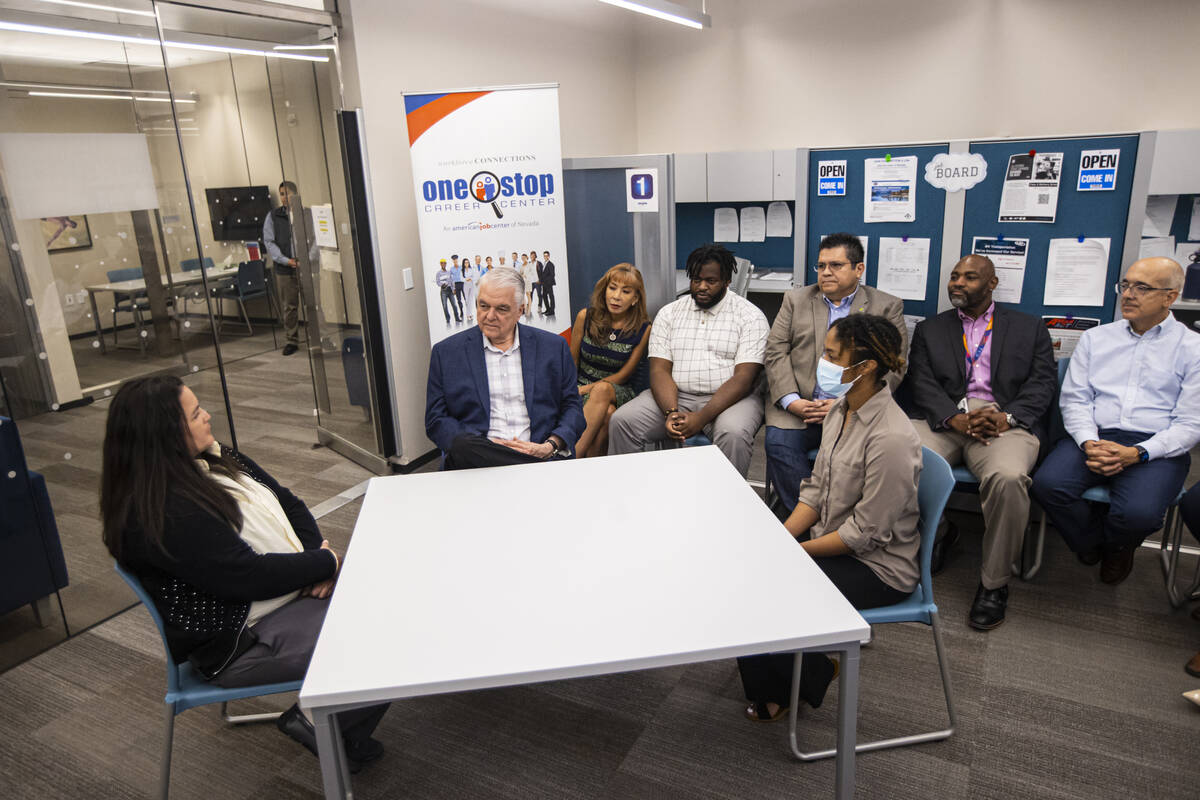 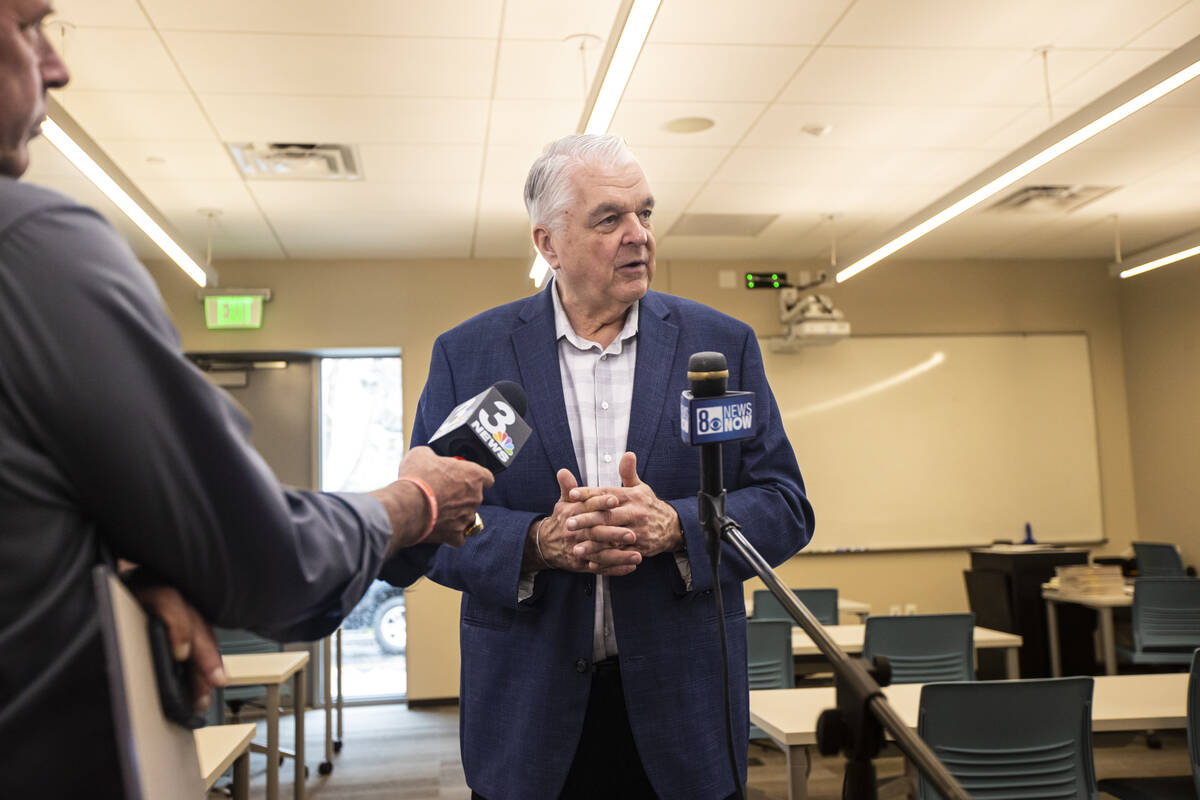 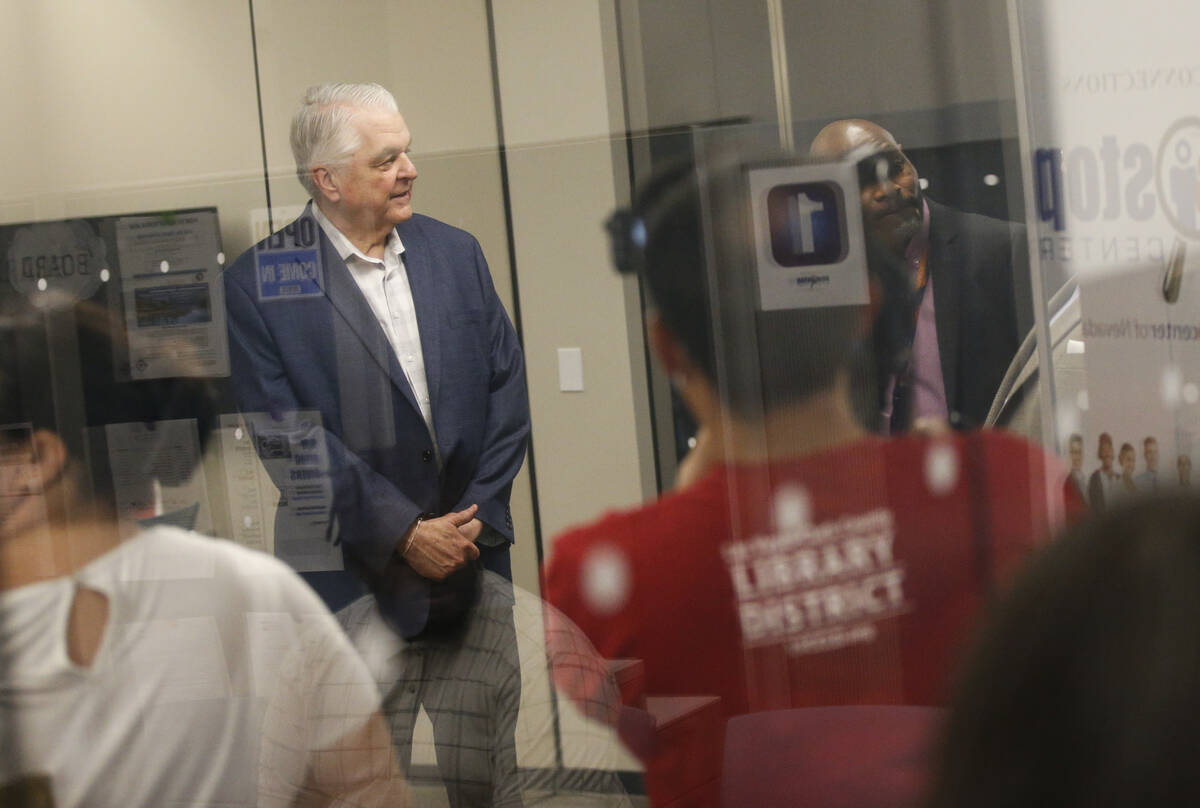 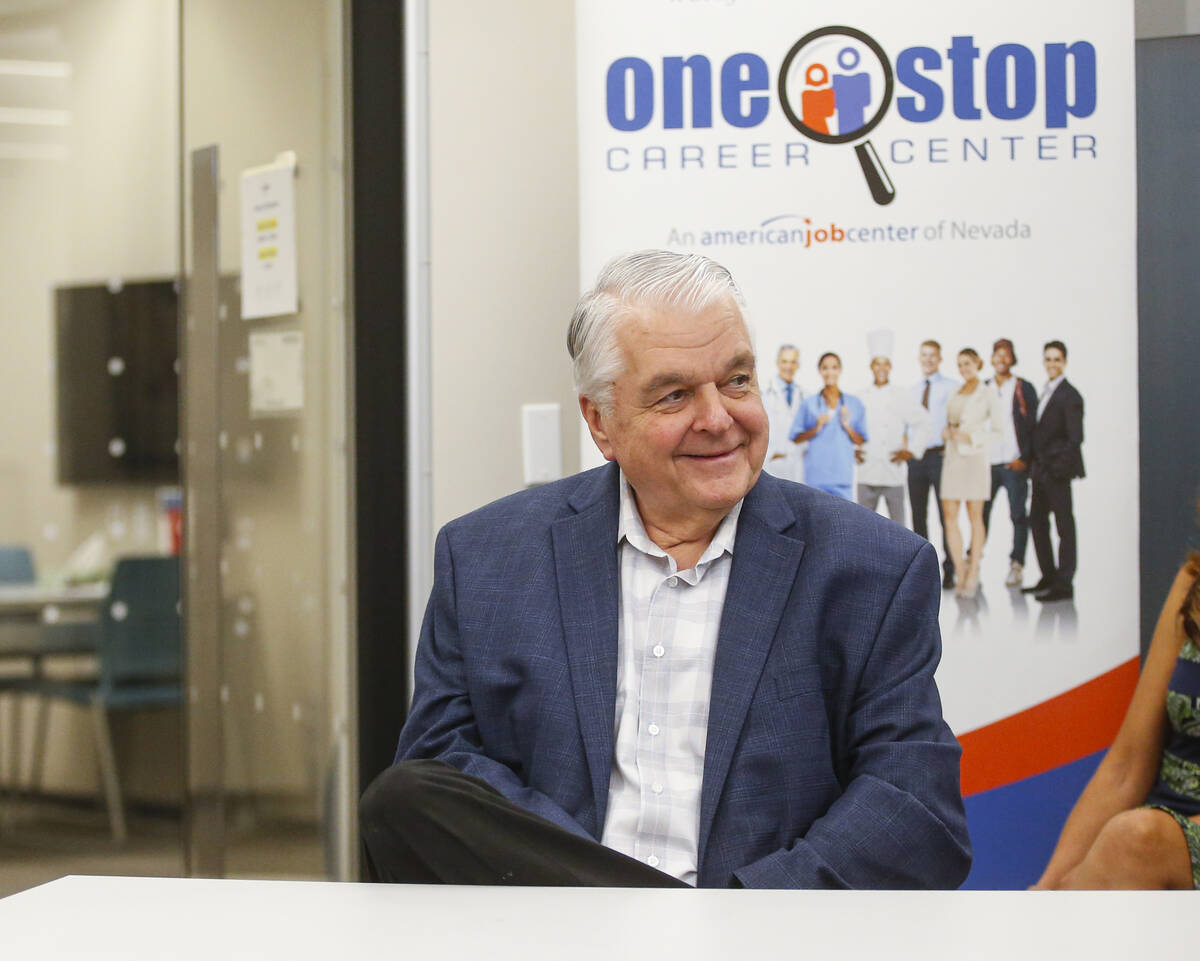 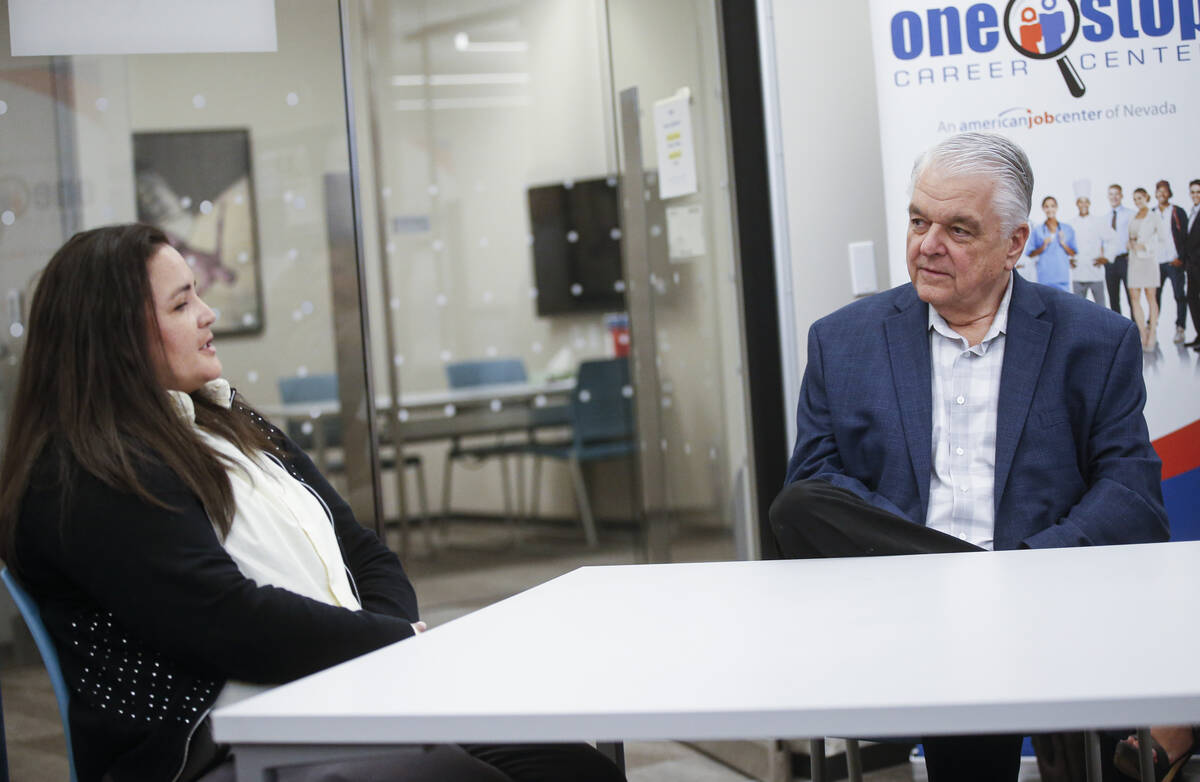 Gov. Steve Sisolak made one thing clear during a tour of a Las Vegas career center Monday: While the state’s record job numbers mark a tremendous stride, the work is not done yet.

Sisolak on Monday toured the One-Stop Career Center — part of a national program called the American Job Centers — at the East Las Vegas Library to highlight the recent job numbers.

The job numbers showed that as of June, Nevada had 1,452,000 seasonally adjusted jobs, setting a record and coming in at about 3,000 more jobs than the state had in February 2020 right before the coronavirus pandemic cratered the state economy.

The governor said the career center and others in operation are “immensely valuable” to bolster Nevada’s workforce by helping match employers with people looking for a job.

“This will help them guide them and that’s gotten us to where we’re at right now; we’re at prepandemic levels with our employment,” said Sisolak.

Count Aniya Fladger among those who have benefited from the career centers. Her mother enrolled her in one of the programs after Fladger graduated from high school. Fladger said she was able to land a paid internship that helped her choose a career path. That path turned out to be becoming a youth career coach for the One-Stop Career Center.

“I always let our users know that the sky’s the limit,” Fladger said. “We’re here to help them remove any barriers that they might have, and make sure that they’re successful in anything they want to achieve.”

‘Still got a ways to go’

While Nevada has broken the prepandemic record for jobs, the unemployment rate — now at 4.7 percent — hasn’t completely returned to the prepandemic February 2020 rate of 4 percent.

While noting the latest job numbers are good, Sisolak said more work is needed to curb unemployment, including retraining people to be qualified for other careers.

“The overall numbers are coming up, but we’ve still got a ways to go,” he said. “I’m not saying we’re done.”

Hospitality marks one sector in Nevada that needs more attention because the industry remains short about 34,000 jobs from its prepandemic numbers and has only around 90 percent of its workforce back in action.

Sjsolak noted that while the hospitality numbers aren’t all the way back to 100 percent of prepandemic figures, June’s increased job numbers indicate diversification of the economy.

Sisolak said the conference-based area of the hospitality sector has taken longer to recover than other areas within hospitality because conferences take much longer to plan. The Las Vegas Convention and Visitors Authority’s most recent visitation numbers — for May — showed that conference attendance is still 24.9 percent below May 2019 numbers and overall visitor numbers are down 6.6 percent from 2019.

Sisolak’s visit to the center could help raise the profile of these centers, according to Jerrie Merritt, who is the chair of the board for the Workforce Connections which helps manage these One-Stop Career Centers.

“This is very unknown, not only for the state, but the several other states that you can actually go to the library and actually have these (career) services,” said Merritt.

Even without a higher public profile, the roughly 40 centers in the state still help a large number of people, officials said. Jaime Cruz, executive director for Workforce Connections, estimates that anywhere from 40,000 to 50,000 people have used career services offered by the state in the last year.

The centers also offer consulting services on resumes, language programs for non-English speakers, career coaches and education for in demand-jobs. The career centers indicate current view in-demand jobs are those within health care, hospitality, technology and transportation, according to its website.

Expanding services for these centers include creating more services in non-English languages since the U.S. Census estimates that 32.7 percent of Las Vegas residents speak a language other than English.

“We have to continue to try to make sure that we’re speaking and meeting the people where they are right now, whether it be from the multitude of countries that we have here represented in our city, but it is very diverse,” Cruz said.