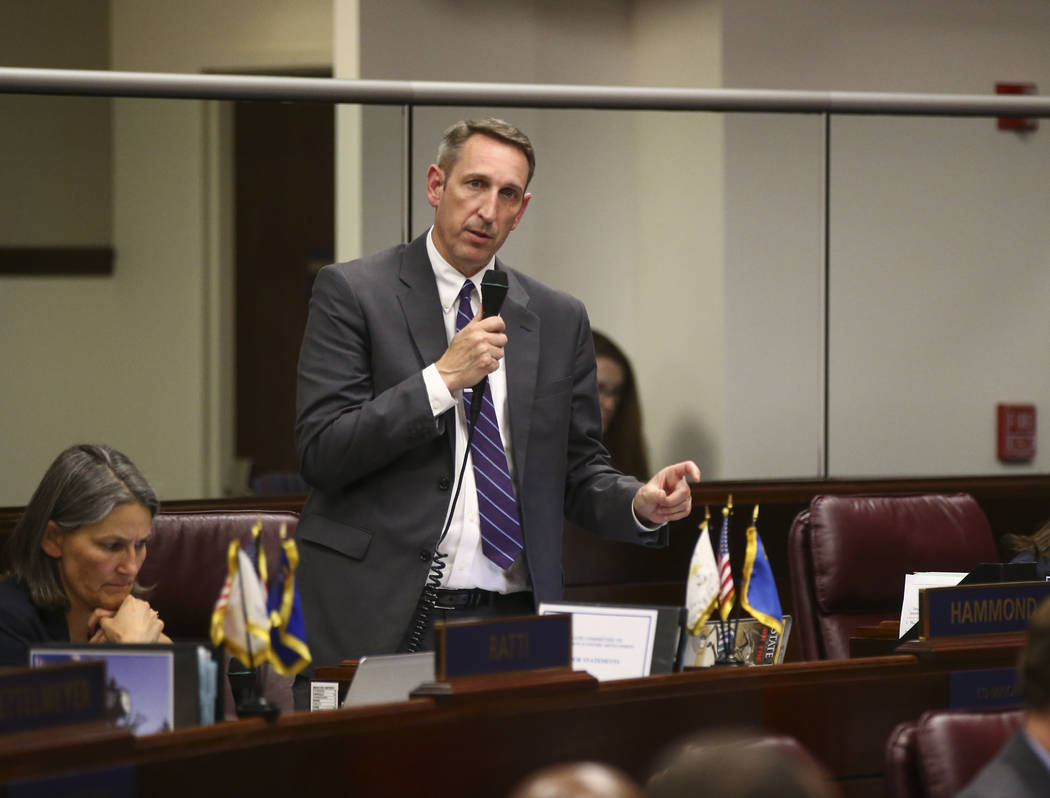 Republican state Sen. Scott Hammond has officially thrown his name in the ring to run for one of Nevada’s congressional seats.

Hammond filed candidacy paperwork with the Federal Election Commission on Wednesday to run for Nevada’s 3rd Congressional District in 2018.

Democrat Jacky Rosen announced last month that she wants to take on incumbent Republican Sen. Dean Heller rather than seek re-election for the House seat.

Nevada’s 3rd district is one of the most competitive House races in the nation.

There are about 10,000 more registered Democrats than Republicans in the district, according to the Nevada Secretary of State’s website.

In 2016, Rosen beat Republican Danny Tarkanian by fewer than 4,000 votes to win the seat. The race saw more than $16.7 million in outside group spending — the highest of any House race last year, according to Opensecrets.com

Hammond was elected to the state Assembly in 2010. He ran successfully for state senate District 18, which represents much of the northwest Las Vegas valley, in 2012 and 2016. His current term ends in 2020.