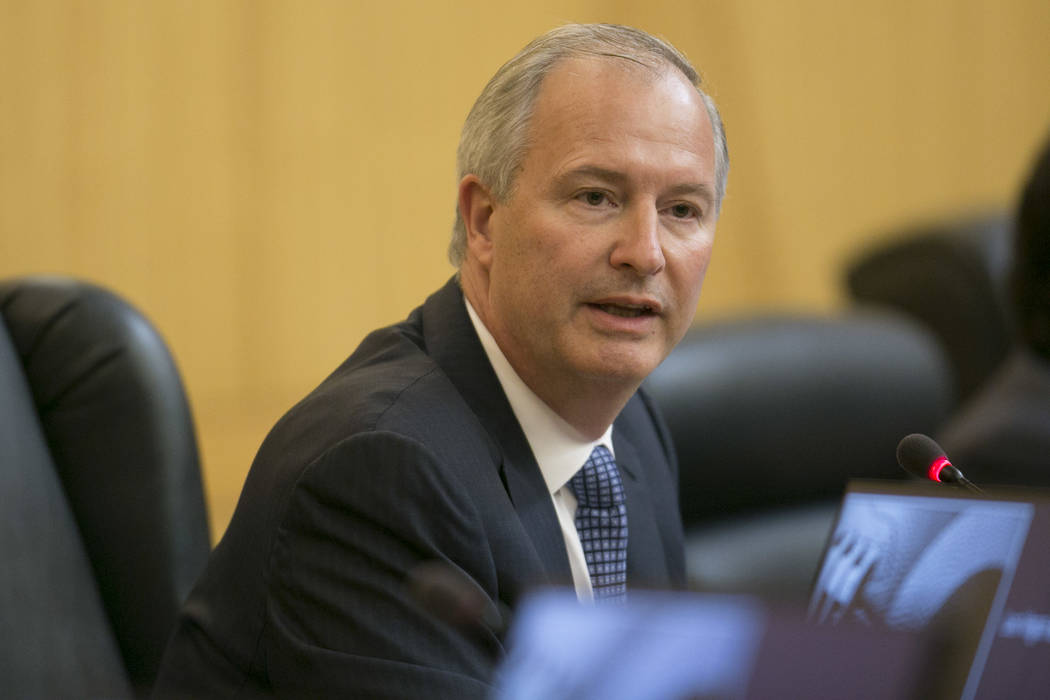 Steve Hill will remain director of the Governor’s Office of Economic Development through mid-January delaying a possible move to the Las Vegas Convention and Visitors Authority.

Hill told the Review-Journal Thursday that he will stay through the January board meeting, which he said would be around Jan. 18. Economic development office spokesman Brian Baluta said the 2018 schedule is not yet finalized.

Hill has been director of the economic development office since Gov. Brian Sandoval created the office in 2011. The office is charged with growing and diversifying the economy through facilitating business recruitment, expansion and retention.

Hill is on the short list to become an executive with the LVCVA, which oversees the marketing of Las Vegas and management of the Las Vegas Convention Center and is in the process of reorganizing its executive “C-suite.”

Hill’s name surfaced as a candidate for chief operating officer for the LVCVA in September, but Brown and LVCVA board chairman Lawrence Weekly cautioned that Hill is one of several candidates.

Hill was expected to attend the October board meeting, which took an unexpected turn after the Oct. 1 shootings at the Route 91 Harvest Festival. Board members instead devoted most of the meeting to the LVCVA’s post-tragedy shift in marketing and in a controversial proposal to approve $80 million in naming rights to the Las Vegas Ballpark, a minor-league stadium that will become the new home of the Las Vegas 51s in Summerlin.

The executive succession plan was not discussed at the Oct. 10 meeting.

Authority President and CEO Rossi Ralenkotter, who has been with the organization for more than 40 years, has battled cancer for more than a year, according to a source close to the situation.