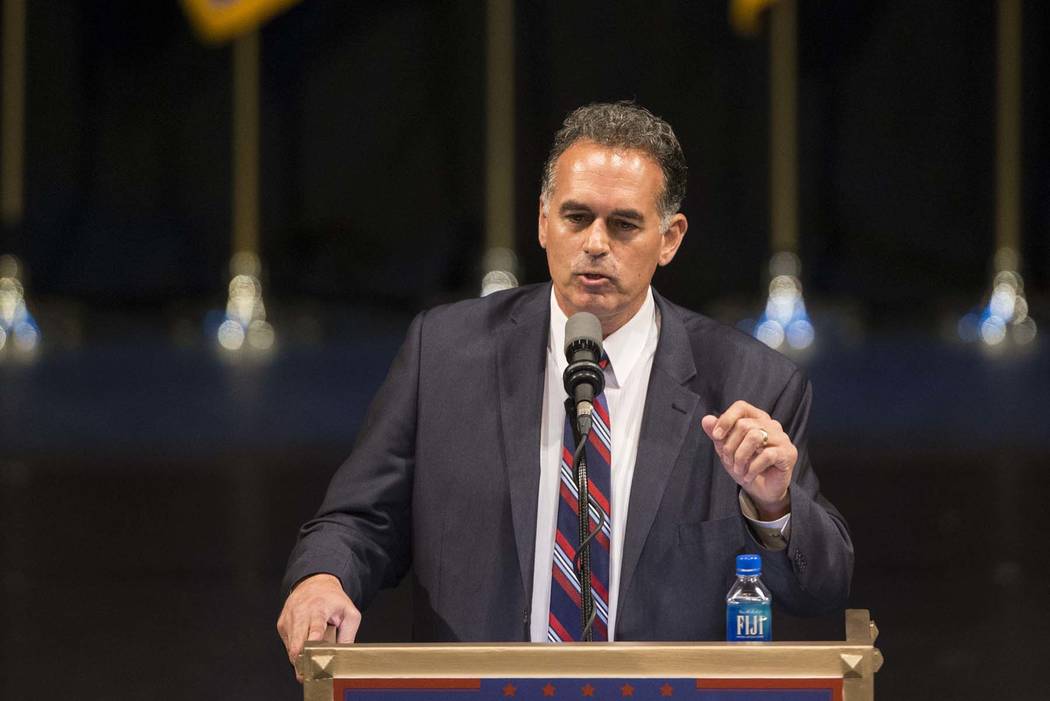 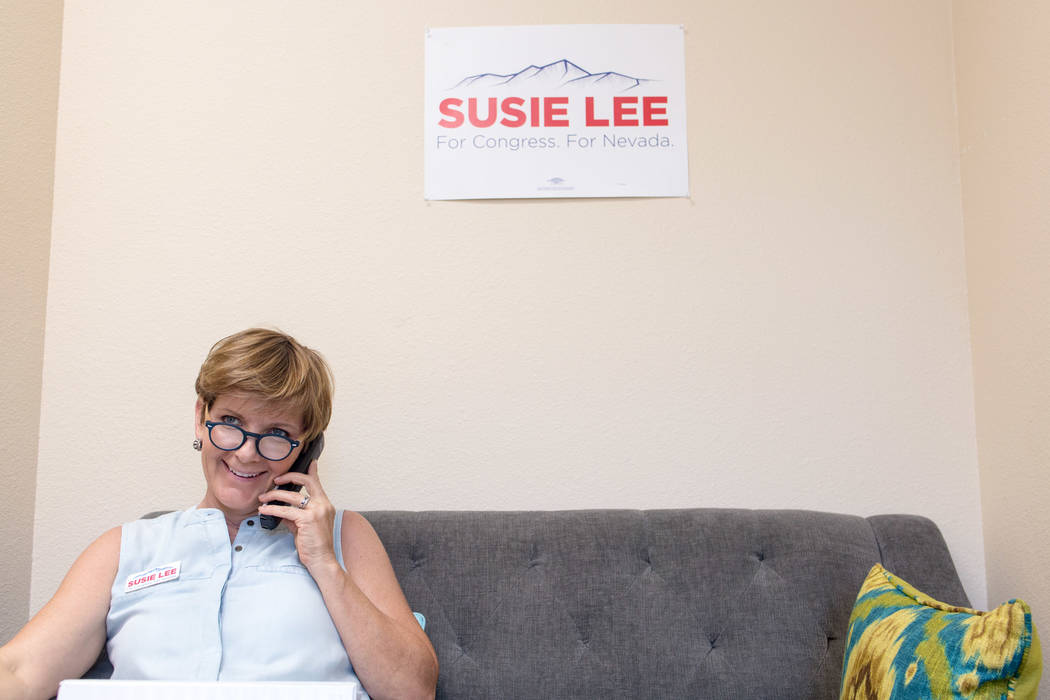 Republican Danny Tarkanian and Democrat Susie Lee are well ahead of their rivals in fundraising in the competitive race to replace Rep. Jacky Rosen in Nevada’s 3rd Congressional District, according to campaign finance reports filed with the Federal Election Commission.

Tarkanian, who jumped into the race for the Southern Nevada congressional seat in March after President Donald Trump urged him to drop his primary challenge to GOP Sen. Dean Heller, brought in $426,062 from Jan. 1 to March 31, with a large chunk of that total coming while Tarkanian was still a candidate for Senate.

“Tarkanian being able to slide over, with his money he was raising in the Senate race, that’s a big advantage,” said Eric Herzik, head of the political science department at the University of Nevada, Reno.

That gave Tarkanian $729,272 in cash on hand, or seven times as much as his nearest GOP primary opponent, state Sen. Scott Hammond, who had $102,054 bankrolled. He was followed by former KLAS-TV, Channel 8 consumer reporter Michelle Mortensen, with $88,150 on hand, and former Clark County GOP chairman David McKeon with $6,556.

Herzik said Tarkanian became the favorite when he entered the race but added that Hammond “might be able to muster some support,” pointing to the state senator’s efforts to lead the charge on conservative legislative issues in recent years — most notably his push for the Education Savings Account.

Lee, a local philanthropist and fundraiser, raised $562,260 and is sitting on more than $1 million in campaign cash with about two months remaining until the June primary.

Lee’s nearest Democratic competitor in fundraising was local businessman Jack Love, who finished the period with $7,343 in cash on hand.

Rosen, a Democrat, hopes to unseat Heller in the Senate race in the general election in November rather than seek re-election.

Nevada’s 3rd Congressional District represents a large chunk of Clark County, including South Summerlin and all of Henderson.

Two candidates vying for a congressional seat they each held for one term are leading in the dash for cash.

Hardy, who defeated Horsford in 2014 only to lose his seat to Kihuen two years later, reported raising $191,550 in the first three months of the year. That left his campaign with a bankroll of $189,945, according to campaign finance reports filed with the Federal Election Commission.

The Democratic race could be a “more tightly contested primary” than the Republican race in Congressional District 3, said Herzik.

“But Horsford’s won in that district before. Horsford’s going to get the backing from the mainstream of the Democratic Party. He’s got experienced campaign staffers. So I would say he’s the favorite,” Herzik added.

The district spans most of Las Vegas, as well as parts of North Las Vegas and unincorporated Clark County.

But if the first fundraising reports of 2018 are any indicator, the Northern Nevada race isn’t going to be competitive.

Amodei reported raising $156,137 in the first quarter, leaving him with about $288,214 in campaign cash going forward.

On the Democratic side, Rick Shepherd is leading the way with $29,270 in his coffers after raising about $32,270 in the first quarter. Clint Koble raised about $16,013 but spent nearly the same amount and reported having just $25.76 in cash on hand.