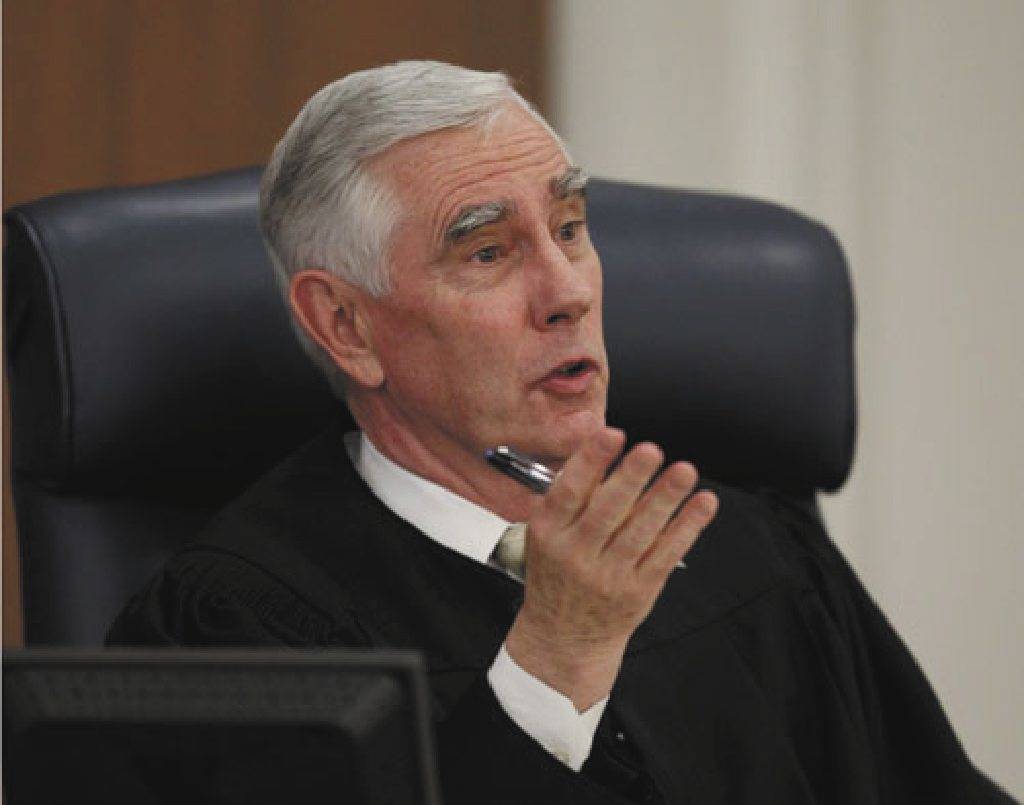 Carson City Sheriff Ken Furlong and District Attorney Jason Woodbury have refused to provide any details about the threat made against District Judge James Todd Russell, the son of a former Nevada Republican governor.

“The investigation remains active,” Woodbury wrote in an email this week to the Associated Press. “I expect the investigation to be submitted to my office for a charging decision as soon as it is concluded.”

Carson Now first reported this week the sheriff’s office was looking into the unspecified threat made sometime after Russell ruled on Dec. 4 that the Republicans failed to prove the Nov. 3 election in Nevada was swayed by fraudulent or illegal votes.

The case was among some 50 suits brought by Trump’s campaign and his allies nationwide. Attorneys for the Trump campaign appealed to Nevada’s Supreme Court but lost.

Russell was appointed to the bench in January 2007 by moderate Republican Gov. Kenny Guinn. He is the son of Charles Russell, a Republican who served two terms as governor in the 1950s. The judge’s grandfather, longtime state court Judge Clark J. Guild, founded the Nevada State Museum in Carson City in 1939.

Furlong told the Reno Gazette Journal this week that local law enforcement officials are working to ensure security at and around the Nevada Capitol in the days leading up to the presidential inauguration. He said authorities have been receiving threats at the state capitol building following the riot at the U.S. Capitol building last week, but they are aren’t much different from threats that his department has been receiving since the beginning of the pandemic.

“Just as we’ve been doing every week for 10 months now, we meet with all law enforcement agencies to discuss all of the agendas, intelligence information and social media information gathered to determine a best approach,” Furlong said.

“It has been an onslaught for law enforcement to posture for since March,” he said. “We have to pay attention to all of those threats, whether we discount them or not.”