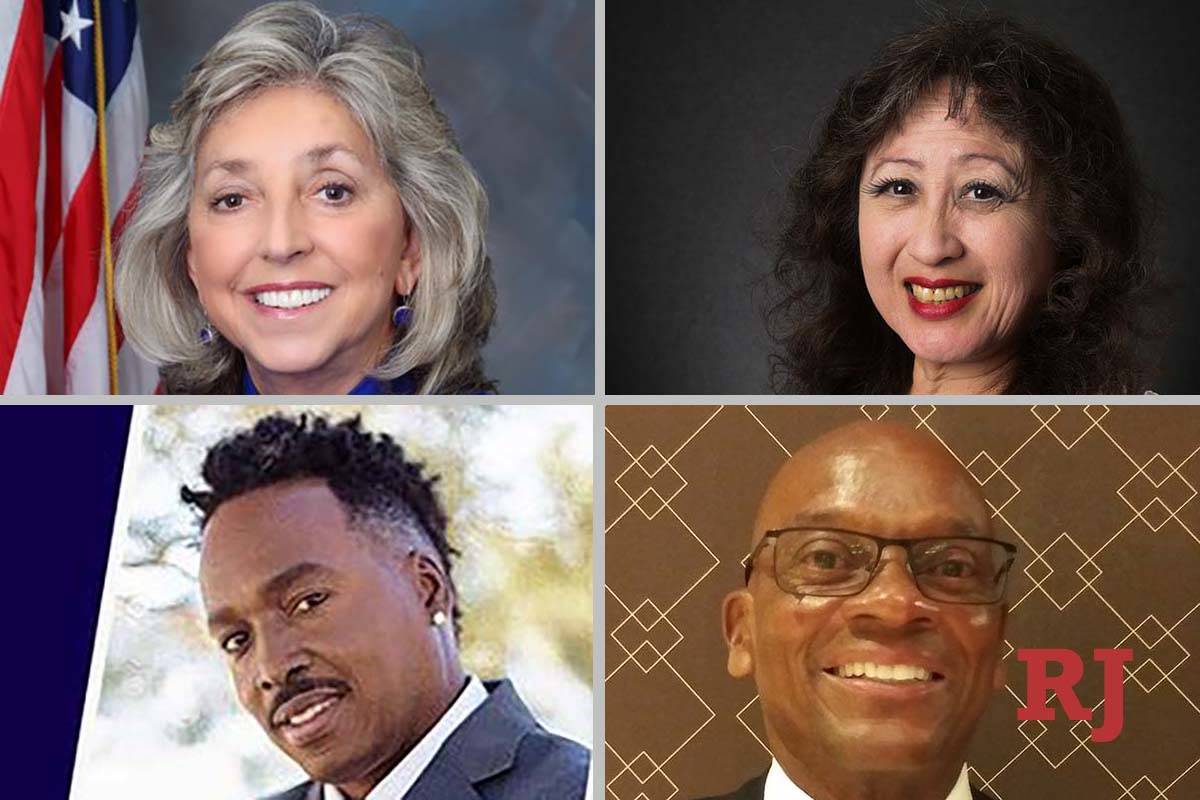 Few congressional districts in the country have felt the sting of the coronavirus quite like Nevada’s 1st District, where efforts to contain COVID-19 led to the closure of the state’s top economic engine: The Las Vegas Strip.

Rep. Dina Titus hopes to continue representing the hundreds of thousands of Nevadans whose health and livelihoods have been impacted during the crisis, but the Democratic incumbent faces three long shot challengers in her bid for re-election in the largely Democratic district: Republican Joyce Bentley, Independent American Kamau Bakari and Libertarian Robert Van Strawder Jr.

Titus, who is seeking her fifth term in the 1st District and sixth overall in Congress, said her office is fielding 100 or more calls per day from constituents seeking help with filing for unemployment benefits, health insurance problems or food insecurity.

“What we’ve seen is the virus has continued, and the economy has gotten worse,” Titus said. “There are more and more people in the district who are negatively affected.”

Apart from the considerable coronavirus hills left to climb, Titus said she remains committed to protecting Nevada’s environment and health care access. She pledged in particular to continue leading opposition to any plans to house nuclear waste at Yucca Mountain.

The pandemic has all but ended in-person campaigning this cycle, but Titus said her campaign team remains active online through Zoom calls, phone banks and registration events. In addition to her own re-election efforts, Titus has been an early and active surrogate for Democratic presidential nominee Joe Biden, whom she has campaigned for throughout the country.

She said she believes Biden’s election would pave the way for more cooperation in the Democratically controlled House, as her Republican colleagues “are not going to be tweeted about or primaried” by President Donald Trump should they not actively oppose Democratic legislation efforts.

“I’m on the transportation and infrastructure committee, and it should not be partisan or political,” Titus said. “Everyone needs bridges and roads and water pipes built in their communities.”

Bentley, a retired banker and Realtor, received 36 percent of the Republican primary vote to secure a second shot at unseating Titus, who beat Bentley by more than 35 percentage points to win re-election in 2018.

Bentley has posted some campaign materials through her YouTube channel, but she has not updated her campaign website since 2018. She did not respond to a request for an interview for this story.

During the primary, Bentley told the Review-Journal she was a “strict constitutionalist” who sought to protect the 2nd Amendment, block any new taxes and audit the federal government, which she believes wastes millions every year due to financial mismanagement.

The district is generally looked at as a lost cause for Republicans, with only 33 percent of voters supporting Trump’s 2016 bid.

Bakari is taking a third shot at Titus, having secured just 2 percent of the general election vote as the Independent American Party candidate in 2014 and 2016.

In an interview, Bakari, a lifetime Nevadan and electrician, said he was more actively campaigning this time around.

Bakari said he opposes virtually all of the state’s coronavirus-related shutdown efforts, including business closures and mask mandates.

He does not believe the health concerns from a full reopening are as bad as Democratic leaders forecast, and that “bailout packages” are hurting American businesses.

“People who are vulnerable can stay home,” he said. “We’re punishing the healthy for the so-called sick.”

Bakari said he opposes any federally set minimum wage and supports an energy storage plan at Yucca Mountain, though he said the current proposal “needs work.”

He also pledged to “defend police.” He expressed empathy for Kyle Rittenhouse, an Illinois 17-year-old accused of shooting and killing two and injuring a third person during a Wisconsin protest of the police shooting of Jacob Blake, a Black man, as “a sign of things to come” due to rioting in the streets.

“He’s thinking it’s getting out of control, and he’s going to go on offense before they get him,” Bakari said. “I can’t blame him for that.”

Van Strawder, a hip-hop artist and community mentor who received about 1.4 percent of the vote as the Libertarian candidate in 2018, held steady to his party’s line of ending corporate bailouts, improving small business tax incentives, reducing prison populations, supporting the 2nd Amendment and generally opposing government overreach in an interview.

He said the government should offer tax incentives for those willing to travel once a cure for the coronavirus is discovered.

Van Strawder also proposes a five-year pathway to citizenship for Deferred Action for Childhood Arrival recipients and a guest worker program, noting that many undocumented immigrants are taxpayers.

He also supports diversifying Nevada’s economy through STEM and vocational training programs in schools, as well as trade school pathways for ex-felons.

Van Strawder said he grew up poor in North Las Vegas, one of five children raised by a high-school dropout, which gives him a unique perspective among those seeking public office.

“I am not a politician,” he said. “I can bring unity among people of all backgrounds and races.”