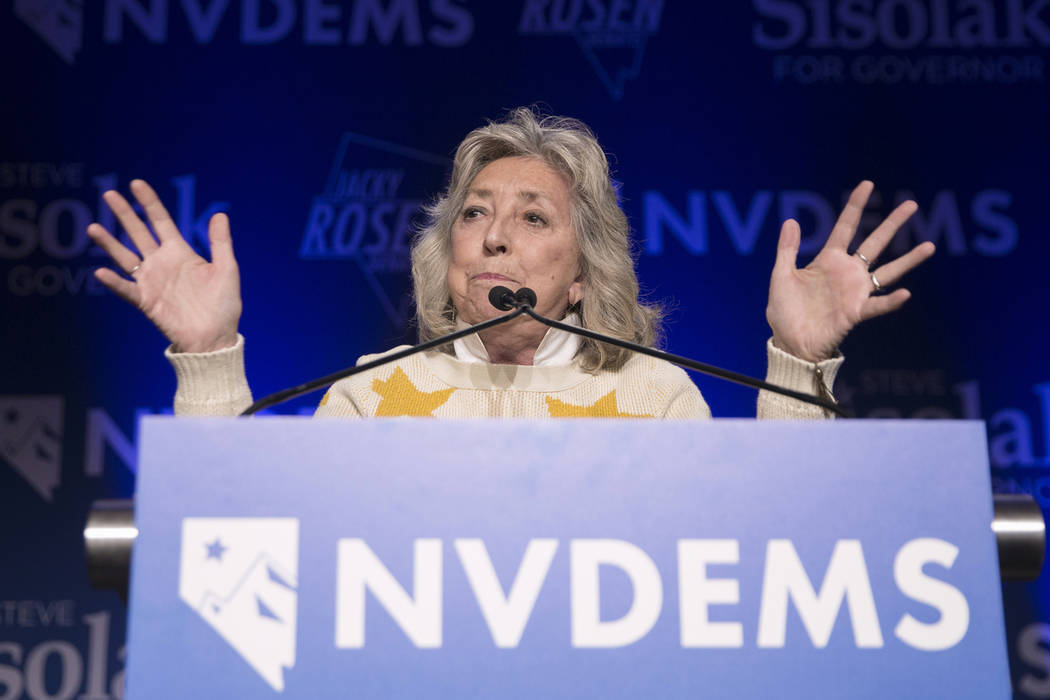 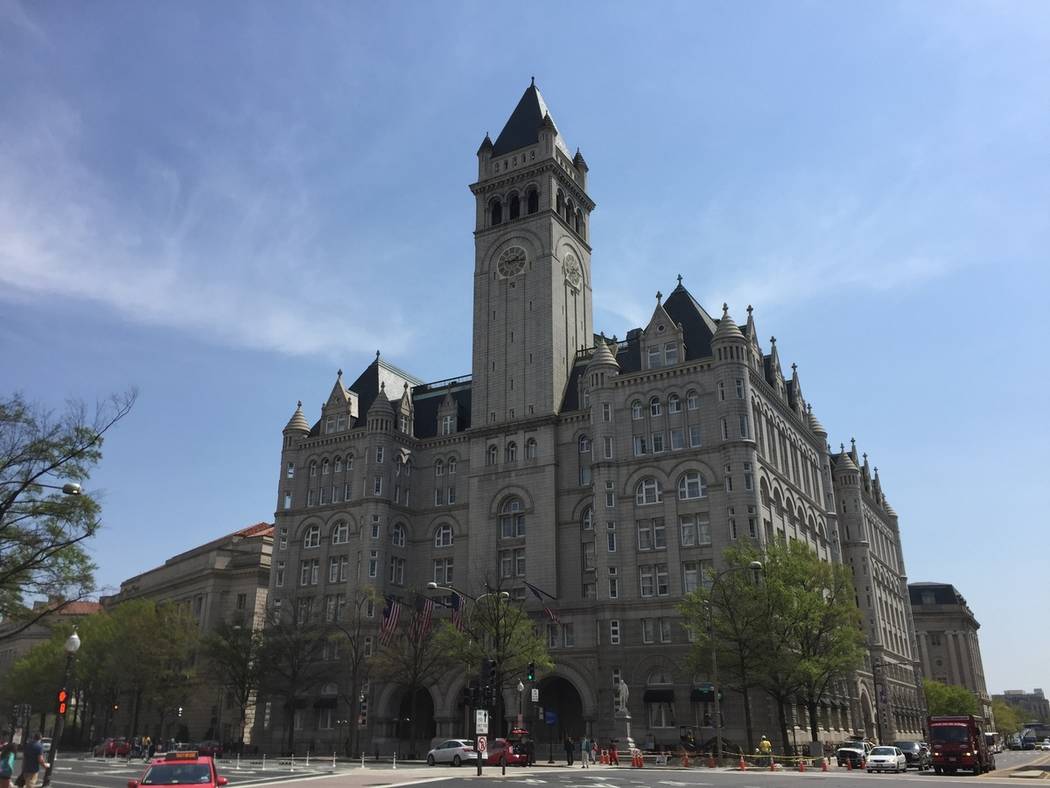 WASHINGTON — Nevada Rep. Dina Titus said she will lead a House oversight investigation into President Donald Trump’s real estate holdings in the nation’s capital after an inspector general’s report found that he failed to separate from his family business and profited from the Trump International Hotel in the Old Post Office Building.

The Trump Organization leases the Old Post Office Building, where the Trump International Hotel is located on Pennsylvania Avenue, across the street from the FBI Building.

The Office of Inspector General of the General Services Administration issued a report Wednesday that concluded Trump failed to separate from his business interests and continues to profit from the Trump Organization.

Investigators also concluded that the General Services Administration was aware of constitutional problems with the lease of the Old Post Office and the president’s organization, but failed to act.

“As long as the president continues to personally profit from the Trump Hotel in Washington, he is essentially accepting bribes from giant corporations looking for sweetheart deals and from foreign interests currying favor,” Titus said in a statement.

Titus is the highest-ranking Democrat on the House Transportation and Infrastructure subcommittee on public buildings, which oversees the General Services Administration.

She is expected to become chairwoman of that subcommittee when members vote on panel leadership as early as next week.

A redacted version of the Inspector General’s report found that the GSA recognized that the president’s business interest in the Old Post Office lease “raised issues under the Constitution’s emoluments clause that might cause a breach of the lease.”

“However, GSA decided not to address those issues in connection with the management of the lease,” the report concluded.

Titus said the Inspector General’s report provides new evidence that “Donald Trump is violating the Constitution by refusing to separate himself from the Trump Organization’s business interests.”

A White House spokesman declined to comment on Titus’ plans for a congressional review of the president’s business dealings at the hotel.

The emoluments clause of the Constitution restricts public officeholders from receiving gifts or titles from foreign states or monarchies to protect the U.S. government from corrupting foreign interests.

Following Trump’s inauguration in 2016, and his decision not to release his tax records, the clause was cited in lawsuits filed by attorneys general in Maryland and the District of Columbia seeking records from the Trump International Hotel.

Trump’s lawyers argued that paying for a hotel room is not a gift, and should not be considered an emolument.

A Maryland federal judge in October 2017 denied Trump’s request for a stay in the cases and ruled that the lawsuits could proceed with discovery.

The president has claimed the cases are without merit. The Justice Department also has objected to a trial.

The constitutional clause also requires congressional approval for the acceptance of gifts or emoluments.

Another lawsuit brought by over 200 Democrats in Congress claims the president violated the Constitution and the emoluments clause. A district judge in Washington has ruled the lawmakers have legal standing to sue.

According to the Inspector General’s report, “If ‘emoluments’ include an official’s gain from private business activities, the president’s interest in the lease raises at least potential constitutional issues.”

Since Trump became president, foreign leaders and their entourages have stayed at Trump properties, including Trump Tower in New York and the Trump International Hotel in Washington.

Maryland Attorney General Brian Frosh claims Trump is directly profiting from lease agreement at the Old Post Office through his hotel, and agrees with the IG report that the GSA decision to not to act on the emoluments clause is “improper.”

“That’s the reason why we sued him,” Frosh said in a social media post.

Trump International is at the center of another controversy that House Transportation and Infrastructure Committee leaders have vowed to explore.

Congressional Democrats said they plan to investigate claims that Trump was present at a meeting weeks before the FBI changed plans to move from the building across the street, opening the property up for lease to a possible competitor to the Trump International Hotel.

A liberal-leaning watchdog group, Citizens for Responsibility and Ethics in Washington, said plans to relocate the FBI to another location, after 12 years and $20 million in research and planning, were approved by the GSA.

But the decision to relocate the law enforcement agency was abandoned after Trump became president.

The decision to “spike” the move occurred just weeks after a meeting was held with White House officials and the president, the Inspector General said in a report last year.

Titus said her subcommittee would also look into that issue, and whether the president used his influence to sway the decision by the federal agency not to relocate the FBI.

The Nevada lawmaker sought a hearing into the decision last year, when the House was under GOP control.

“The involvement of the White House in this real estate matter warrants further scrutiny by the Committee to assure the public that the FBI and GSA are making real estate decisions that are in the best interests of American taxpayers not the Trump Organization,” Titus said in a letter to then-Transportation Committee Chairman Bud Shuster, R-Pa.