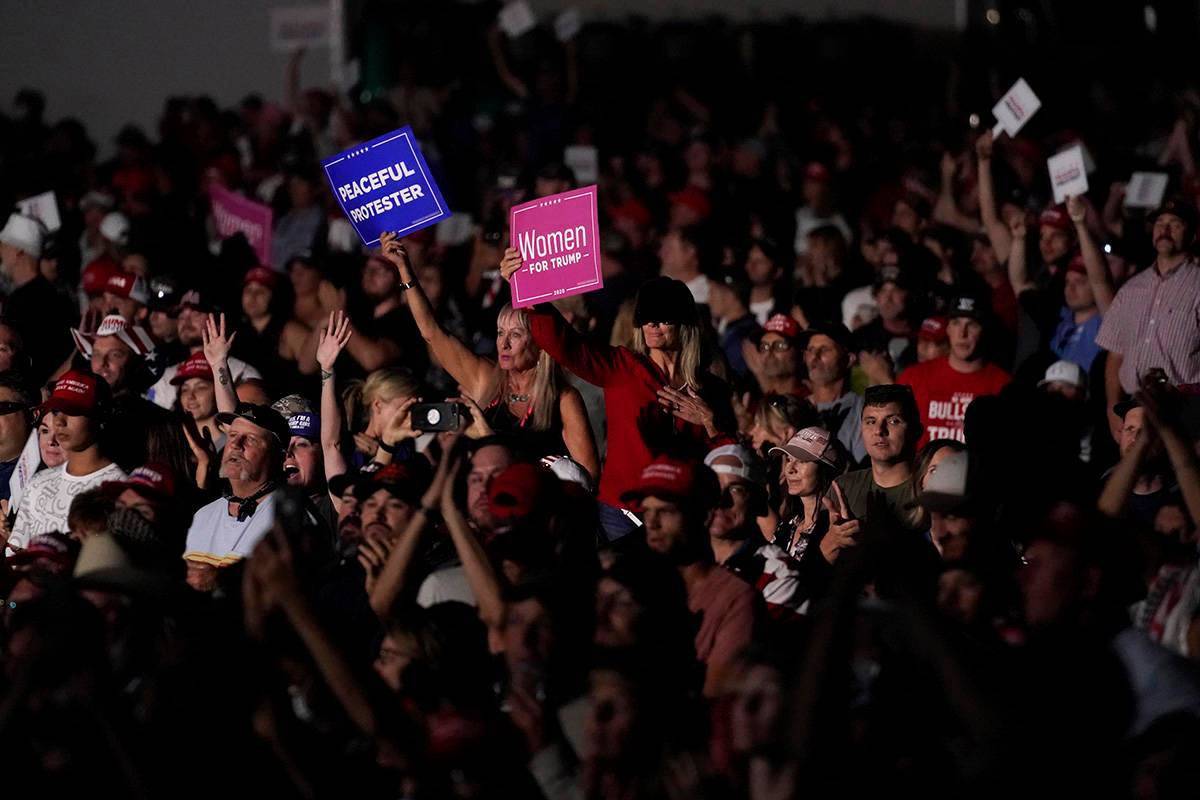 Nevada’s Occupational Safety and Health Administration (OSHA) has agreed to drop two fines levied against Douglas County and its airport operator for hosting a massive September campaign rally for President Donald Trump that appeared to grossly violate the state’s laws on public gatherings.

The rally drew perhaps more than 5,000 people at a time when state directives limited public gatherings to 50 due to risks of spreading COVID-19. OSHA investigated the rally before citing the county and ABS Aviation, with fines of $2,950 and $2,603, for alleged serious violations of state rules.

Douglas County announced the dropped citations on Wednesday, saying it argued “selective enforcement, lack of evidentiary proof and several legal issues related to the First Amendment of the United States Constitution” during several settlement conferences with the state agency.

The largely Republican county and Trump campaign marketed the event as a free speech protest and dared the state to intervene in the days leading up to the rally, which moved locations several times in order to find a venue willing and able to host it. The Reno-Tahoe Airport Authority told a private company that leased a hangar where a rally was initially to be held that such an event would violate a lease agreement.

The county said the dismissal means that no formal complaints will be brought before OSHA’s Board of Review.

“But I can confirm that after an informal conference was held, Nevada OSHA agreed to dismiss the citations,” Williams said.