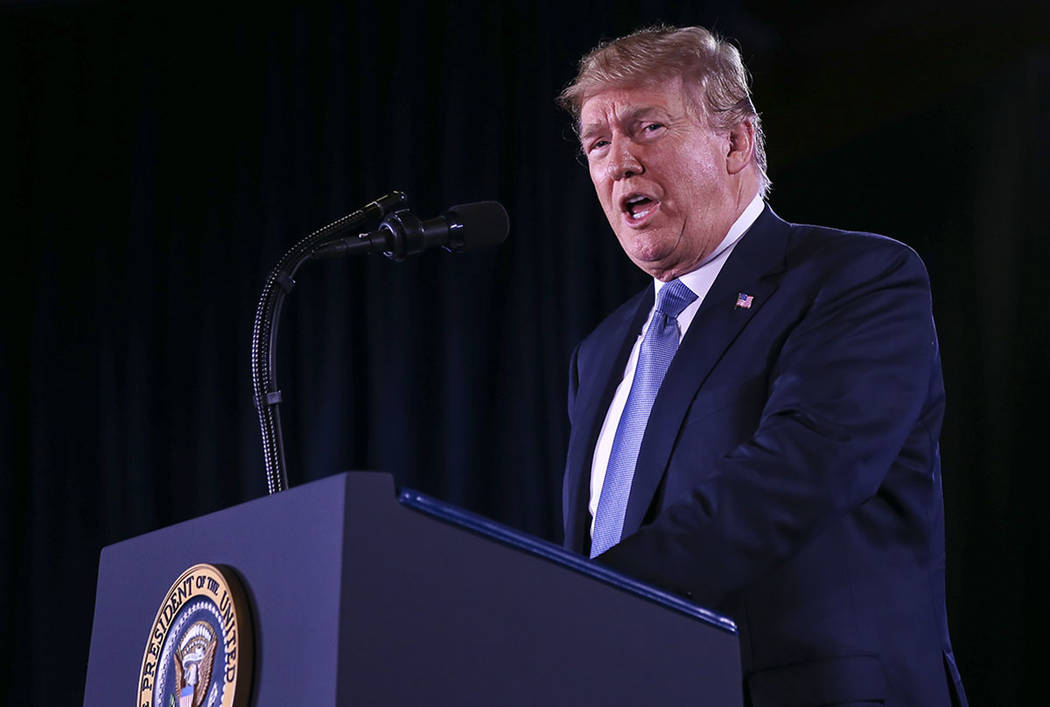 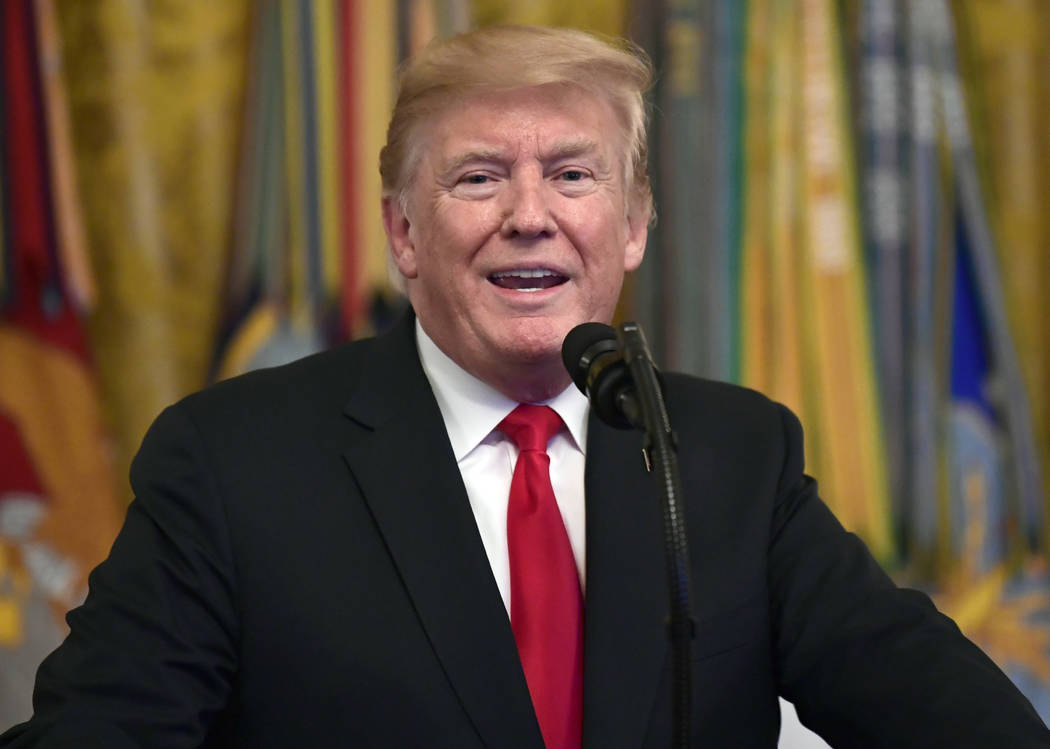 President Donald Trump speaks during a Congressional Medal of Honor Society Reception in the East Room of the White House in Washington, Sept. 12, 2018. (Susan Walsh/AP, File)

The rally begins at 7 p.m., with doors to the convention center, 3150 Paradise Road, opening at 4 p.m. Tickets for the event can be obtained by registering at the Trump-Pence re-election website, donaldjtrump.com.

Trump’s plane is expected to touch down around 6:30 p.m. Thursday and depart midday Friday.

“Anyone who’s departing from McCarran on Thursday or Friday” around those times “should give themselves a little extra time,” said airport spokeswoman Christine Crews.

Motorists also could be affected by Trump’s visit.

On Friday morning, Trump will visit the North Las Vegas VA Medical Center, where he will sign an appropriations bill that provides $97.1 billion for military construction and Veterans Affairs, as well as funding for the Department of Energy and VA Mission Act.

Sen. Dean Heller, R-Nev., who worked to direct funding for Nevada’s 300,000 veterans, will attend the signing ceremony. “I’m pleased that this legislation includes my measures aimed at increasing accountability for the VA’s Caregiver Program, providing support for disabled veterans, and enhancing oversight of the VA’s use of funding to address homelessness among veterans,” Heller said in a statement.

Also on Friday, Trump will speak at a fundraiser for Heller and Republican congressional candidate Danny Tarkanian at an undisclosed location and time. For $50,000, couples can attend a roundtable and have a VIP photo taken.