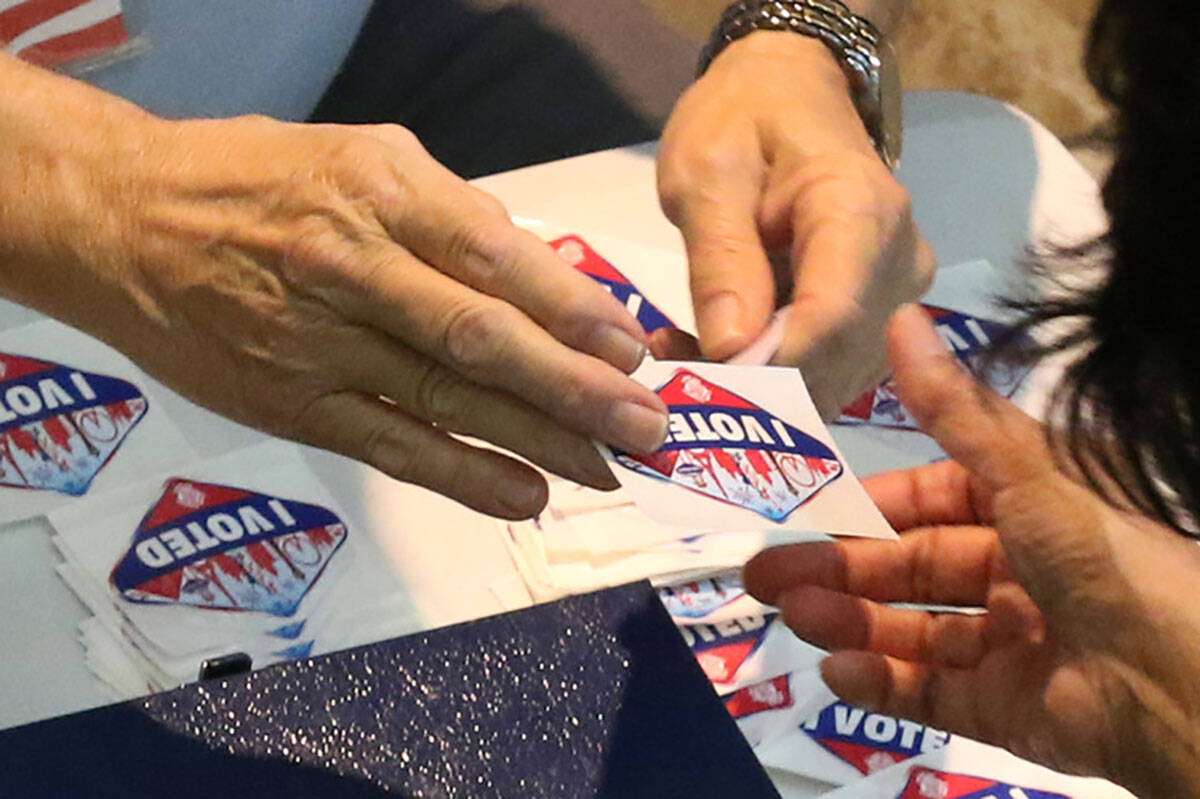 Pawley, 30, served as a civil engineer with Nellis’ 820th Red Horse Squadron until his medical discharge in 2021 following a vehicle rollover that killed another squadron member. He said he continues to have problems with balance but has otherwise recovered.

He said he was motivated to run for office by the rising costs of living in Southern Nevada. He’d like to see consideration given to capping rents and reducing taxes that affect average Nevadans, such as gasoline and sales tax. Raising taxes on gaming and recreational marijuana also should be explored.

“Now is the time for something new, something fresh that maybe they’ve overlooked in the past,” he said.

Thomas, 68, who served as an air traffic controller, said she wants to continue to be an advocate for improving education and for veterans.

A top priority for her is pre-kindergarten for all children. “We know that in Nevada we’re almost last in the nation for education,” she said. “And we have to change that.”

Another priority is examining the mortality rates of babies born to women of color, she said, an extension of work done during the last session by the maternal mortality review committee.

“I want them to look at why our babies are dying at a higher rate,” she said.

Thomas retired last year from her position as a court clerk in the district attorney’s office. She also served as a union steward. She has a bachelor’s degree in psychology and a master’s degree in public administration from UNLV, as well as an associate’s degree.

Pawley, who has an associate’s degree, said he is currently pursuing a bachelor’s degree in political science at American Military University. He also is a stay-at-home dad to two small children.

“I led teams in the Air Force,” the retired sergeant said. “Maybe I can put my skills to use to help a lot of the middle-of-the-road people.”

D’Anthony Brim, an independent candidate, was disqualified from the race after failing to submit a petition with 100 valid signatures from voters living in the district, said Clark County spokesman Dan Kulin.