The end times didn’t fall upon organized labor this legislative session, despite initial fears from union leaders that the GOP-led red wave endangered their way of doing business.

To be sure, there were times when public-sector unions were worried that would happen, after the November 2014 elections resulted in Republicans gaining control of both legislative chambers and a GOP governor easily winning a second term.

Indeed, one bill had them so worried they dubbed it “Armageddon” due to its perceived threat to collective bargaining. But reality never reached biblical proportions, and labor leaders and Republican Gov. Brian Sandoval alike said the outcome was more measured, with compromise.

Government agencies must post copies of proposed collective bargaining on their websites three days before making a final vote, as opposed to simply listing the item on the meeting agenda.

Unions must either reimburse government agencies when government employees do union-related work, or make concessions in negotiations that are financially equal. Without the change, paid union leave is simply negotiated like any other part of a contract.

“What we saw at the end of the day was there was some real reasonable legislation that passed,” said Martin Bassick, president of the Service Employees International Union Local 1107. It’s the largest public-sector union in Southern Nevada.

Bassick said Senate Bill 241 was an example of all parties giving input and reaching a solid outcome. That bill, signed into law and now in effect, will require either a reimbursement from a union when a government agency’s employees do union-related work, or a concession from the union.

Officials with the Clark County Education Association, which represents teachers in the nation’s fifth-largest school district, said good changes came out of the session.

For example, SB241 creates a firm timeline that prevents a school district from having a slow approach to bargaining.

“We in fact like the new language that essentially is designed to reach a settlement before the expiration of a contract,” said John Vellardita, education association executive director.

Vellardita said that with a Republican-controlled government, there were some concerns labor might have been in for changes akin to what happened in Wisconsin. In 2011, that state greatly weakened and limited collective bargaining primarily to base pay.

He also praised lawmakers for passing legislation that calls for school administrators to be put on notice and given one year to improve if their school has 50 percent or higher turnover and the school’s academic performance drops at least one level on statewide accountability tests. After a one-year period, the administrator has to be dismissed if there’s no improvement.

Vellardita said no changes will result from a bill that requires ineffective teachers to be laid off first when a district makes staff reductions. Under that legislation, seniority can only be used as a final determining factor after weighing other considerations, including performance, certifications and if the educator is in hard-to-fill positions.

The Clark County School District and teachers association reached a contract with similar provisions in 2012, after the lawmakers in 2011 passed legislation that said layoffs can’t be determined solely by seniority.

They include Assembly Bill 182, brought forward by Assemblyman Randy Kirner, R-Reno. It would have allowed government employees to resign from a union whenever they wish and banned government tax dollars from paying employee salaries when they are doing union-related activities. The pay provision was later added to another bill that passed.

That bill earned the “Armageddon” nickname, which Kirner disputes. While his bill died, he said he was glad to see discussion about collective bargaining move forward in other bills, including measures to boost transparency.

Another bill that died was Assembly Bill 280. It would have given local governments the ability to entirely opt out of collective bargaining, with the exception of police officers.

Some legislation has an uncertain outcome, needing the governor’s signature. Senate Bill 168, for example, would allow government agencies to declare a “fiscal emergency” and reopen public employee contracts for negotiations. Lawmakers disagreed about how much of an ending fund balance should be exempt from such negotiations.

The bill passed pegs it at 25 percent, but there was an unsuccessful effort to amend the bill and reduce it to 16.6 percent. Sandoval’s office didn’t indicate Thursday if he’ll sign the bill.

Still, critics remain. They say the GOP-dominated Legislature could have accomplished much more.

“It didn’t go as well as I hoped,” he said. “There’s no sign of collective bargaining reform.”

For example, the approved bill that requires reimbursement for union officials’ leave also allows the union to give something up in bargaining that is comparative.

Joecks said there’s no way to enforce that provision, because it’s easy for a labor organization to say they gave up slightly bigger raises in exchange for paid union leave.

“The loophole is so big, you could drive a truck through it,” he said. 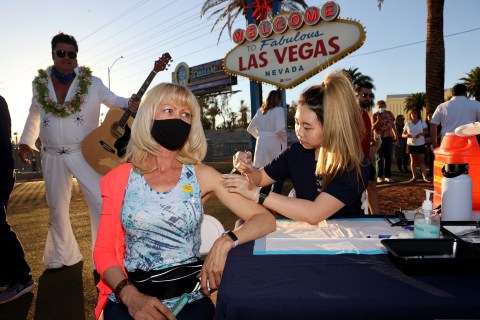 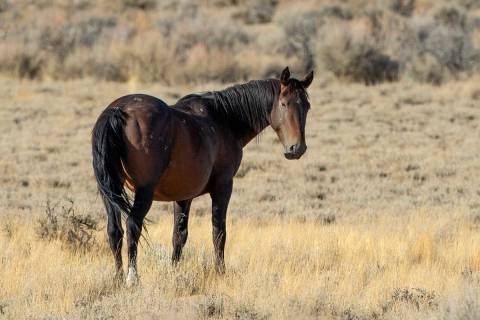