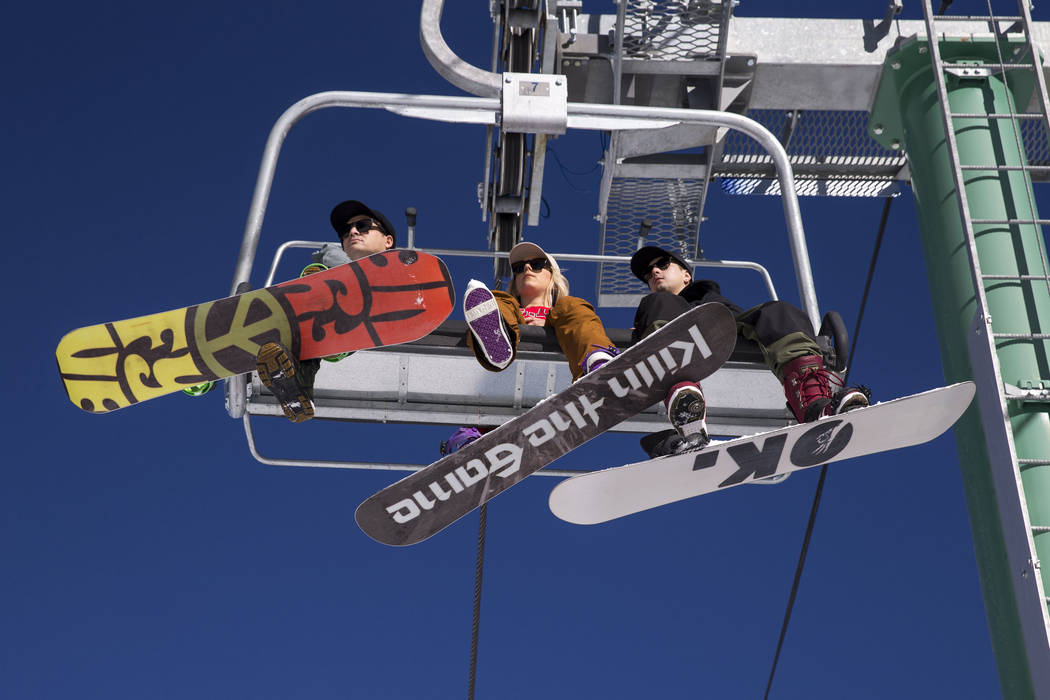 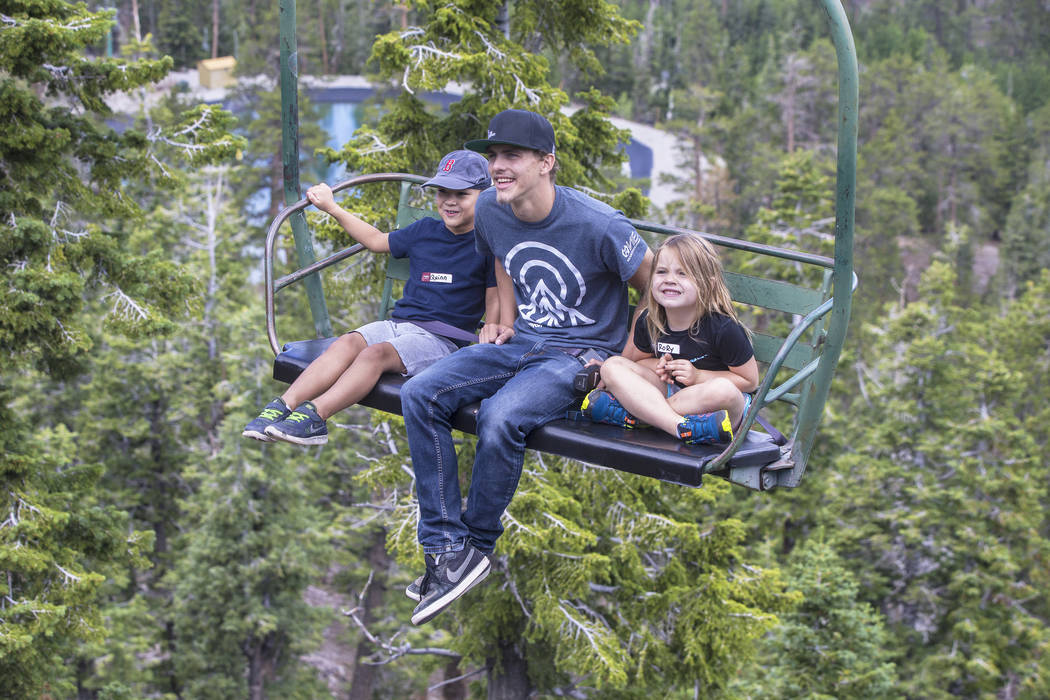 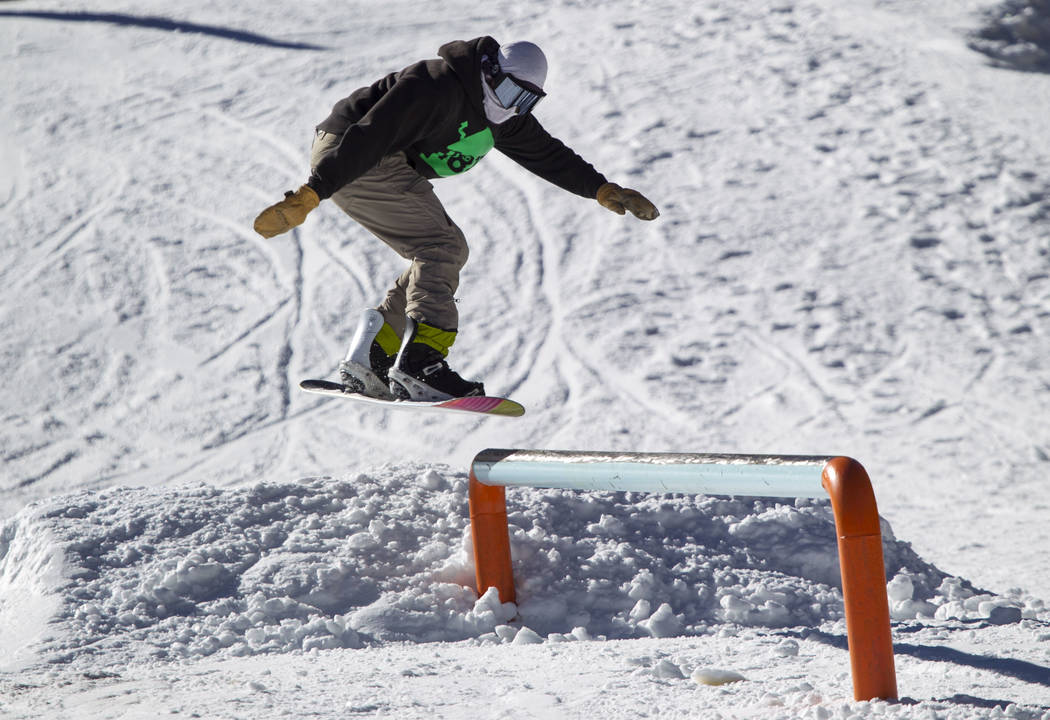 A snowboarder jumps on to a rail on the bunny hill on Friday afternoon, Dec. 8, 2017, at Lee Canyon opening day. Richard Brian Las Vegas Review-Journal @vegasphotograph

An ambitious and long-delayed plan to expand Southern Nevada’s only ski resort is now out for public review.

The U.S. Forest Service on Friday released its environmental review of Lee Canyon’s bid to become a year-round playground.

The public will have the next 45 days to comment on the plan, which includes new ski runs, lifts, snow-making equipment, zip lines, downhill bike trails and a thrill ride called a “mountain coaster.”

“We’re excited, and we hope everyone else is excited too,” said Jim Seely, marketing and technology director for the resort. “We hope everyone will take a look and give us feedback on how to make Lee Canyon better.”

Owners of the high-mountain attraction 50 miles northwest of the Strip first unveiled the proposed expansion in 2011, when the place was called Las Vegas Ski &Snowboard Resort.

Two years later, the plans were put at risk when the U.S. Fish and Wildlife Service listed the Mount Charleston blue butterfly as an endangered species.

The federally protected critical habitat for the rare insect includes much of the resort, which has operated on forest service land under a long-term permit since 1962.

Some butterfly experts have said that if done right, work at the ski area could actually enlarge and improve the butterfly’s range by opening up the forest canopy for the sun-loving plants on which it feeds and lays its eggs each summer.

In its review, the service examined the potential impacts of Lee Canyon’s proposal, as well as an alternate plan that would push the mountain coaster and other attractions away from the popular Bristlecone hiking trail.

Under both alternatives, the service predicts short-term, detrimental impacts to the Mount Charleston blue butterfly in areas disturbed by the expansion but possible benefits to its habitat overall.

“The forest (service) is eager to hear what the public thinks and if there are other considerations to take into account before a final decision is made,” said Forest Supervisor Bill Dunkelberger in a written statement.

At least one outspoken — and litigious — environmental group is already weighing in.

Patrick Donnelly, Nevada director of the Center for Biological Diversity, said his organization is gravely concerned by the prospect of “industrial summer recreation” in such fragile, isolated habitat.

“The Forest Service should have developed an alternative which allows expansion of winter activities while not permitting summer recreation expansion, which would maintain the relatively undisturbed conditions on the mountain during the summer,” Donnelly said in an email.

Seely insists the resort is simply trying to better serve its roughly 100,000 annual visitors, not turn the area into an amusement park.

“We’re stewards of Lee Canyon and the Spring Mountains,” he said.

Lee Canyon’s $35 million proposal includes three new chairlifts and a host of new runs that would more than double the amount of available ski terrain. The plan also would add restrooms and parking, upgrade the water system and existing lifts, and improve or replace existing buildings, some of which are roughly 50 years old.

Pending the outcome of the forest service review, work could start on some of the new downhill mountain bike trails as soon as next summer, Seely said.

The entire development plan is expected to take about 12 years to complete, he said. 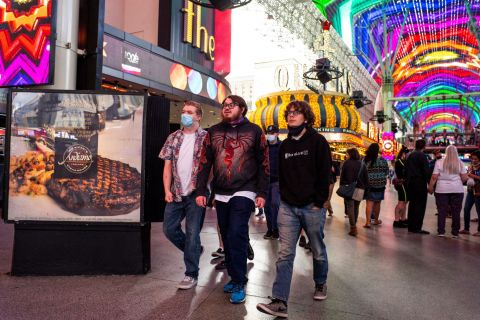 Nevadans fully vaccinated against COVID-19 may now move about outdoors mask free following the state’s move to align local restrictions with the latest guidance from the CDC. 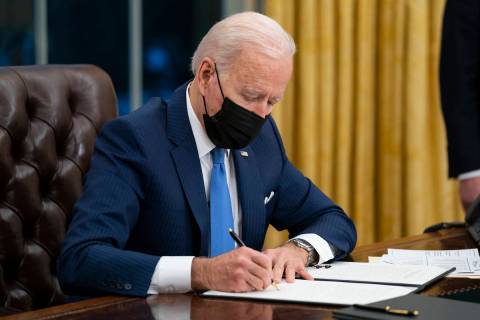 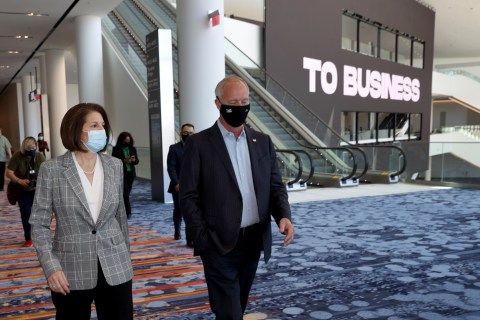