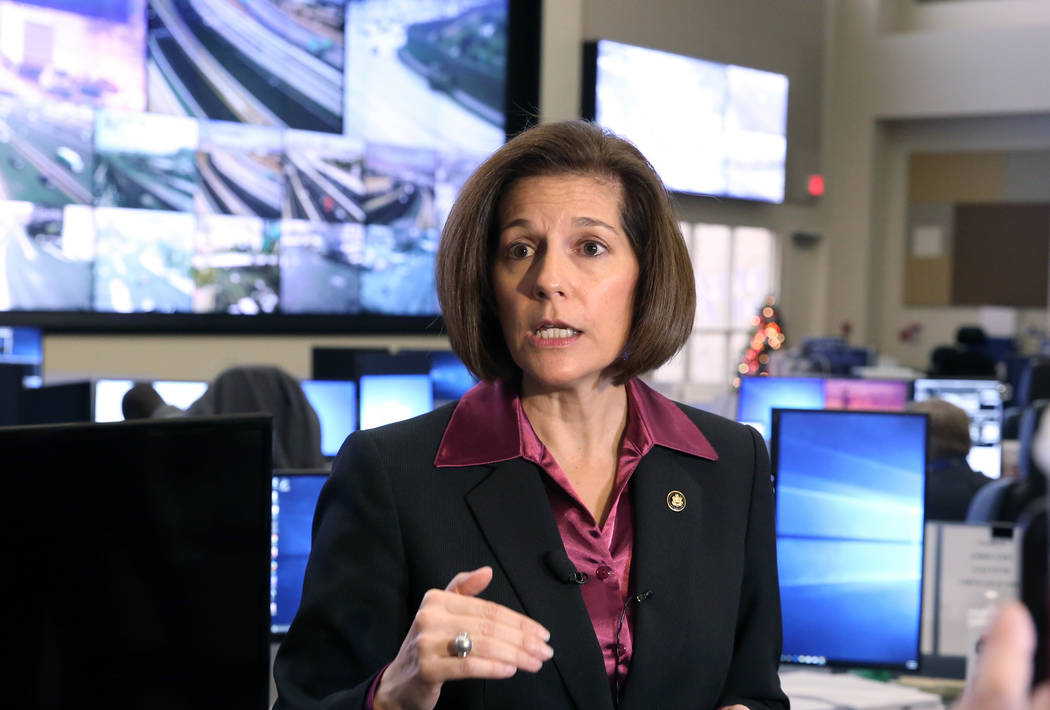 WASHINGTON — A bipartisan group of senators asked the head of a pharmaceutical company why the cost of a 40-year-old, cancer-fighting drug has spiked 1,400 percent over the last four years.

NextSource acquired the drug lomustine in 2013 and raised its price. Lomustine was first approved by the Federal Drug Administration in 1976 to treat brain tumors and Hodgkin lymphoma.

In a March 22 letter to Tri-Source Pharma CEO and President Robert DiCrisci, the senators asked for documents to “better understand the factors contributing to the rising cost of lomustine, which has increased nearly 1,400 percent since 2013 for the highest dose.”

Collins is chairwoman of the Senate Special Committee on Aging. Cortez Masto also sits on the panel.

McCaskill is the ranking Democrat on the Senate Homeland Security and Governmental Affairs Committee.

Collins and McCaskill have introduced legislation to curb price hikes in medicines and streamline the process for the FDA to approve generic drugs.

The senators are asking for NextSource documents on the sale of lomustine, company profits from sales of the drug, and any communications referring to cost estimates, profit projections and market share analysis.

The spike in the drug’s cost prompted a number of media stories in December.

A telephone call to NextSource about the Senate inquiry went unanswered. But an undated statement about media coverage of the cost increase of lomustine was posted on the Tri-Source Pharma’s website.

According to the statement, “The subject of drug pricing is an important one. It is more complex than many realize.”

Specifically, the company statement said the cost increase reflects an increase in raw materials to make the drug, providing the drug to noninsured patients, and supplying the product for little to no cost to Medicaid and the government drug discount program.

The senators have asked the Miami-based company to provide documents by no later than April 6.

“We seek your cooperation so that we may better understand drug pricing and related regulatory and public policy concerns,” the senators wrote.

Cancer rates in Nevada are below the national average, with 375 new cases per 100,000 population reporting new incident rates each year, compared to 436 nationwide, according to the Centers for Disease Control and Prevention.

Death rates from cancer, however, are slightly higher in Nevada than the nation on average, with 165 deaths each year, compared to the national average of 161 deaths, according to the CDC. The statistics do not break out specific types of cancers.

The rising cost of medicine was cited by President Donald Trump in his state of the union speech in January, who warned of a crackdown against drug companies and their lobbyists — a line that drew applause from Republican and Democrats alike.

She campaigned for the Senate seat vowing to protect Medicare, Social Security and other federal programs that serve the elderly from fraud and waste.