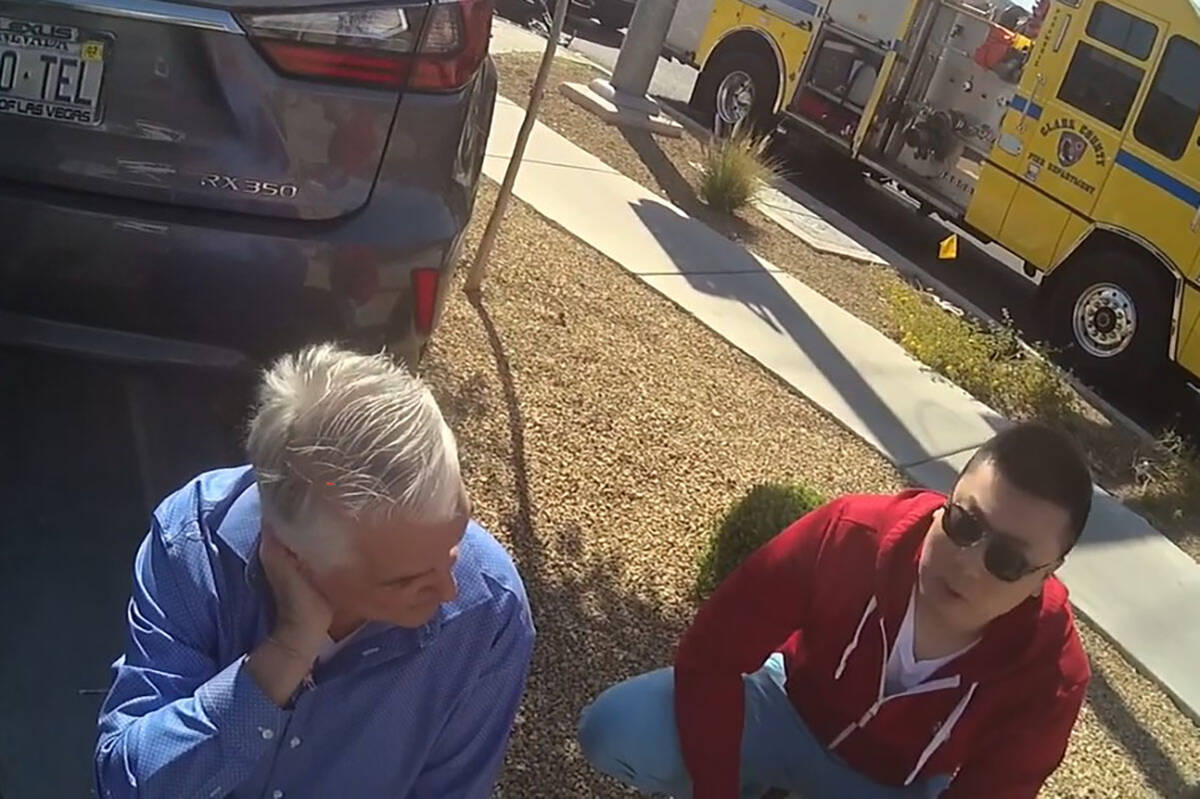 The two-car collision that occurred at the intersection of South Rainbow Boulevard and West Russell Road at about 12:40 p.m. slightly injured Sisolak and another driver. The governor was issued a failure to yield to oncoming traffic citation. The second driver, a 30-year-old woman, received a speeding citation.

On the police video, a first responder can be heard telling an approaching police officer that “the governor is sitting behind this car over here.”

Sisolak is shown sitting on a parking curb next to a damaged Lexus and telling officers he was making a left turn onto Russell from Rainbow when the crash happened.

“I had the flashing amber arrow, you know, to go left … so I just edged out just a little bit,” the governor said. “I didn’t see any cars coming, and this thing hit me so hard I couldn’t even tell you.”

Sisolak is then heard telling the officers “this is going to end up being be a whole media circus.”

He and his wife, Kathy, and another man are then shown talking as they make the decision to get the governor to a hospital to get checked out.