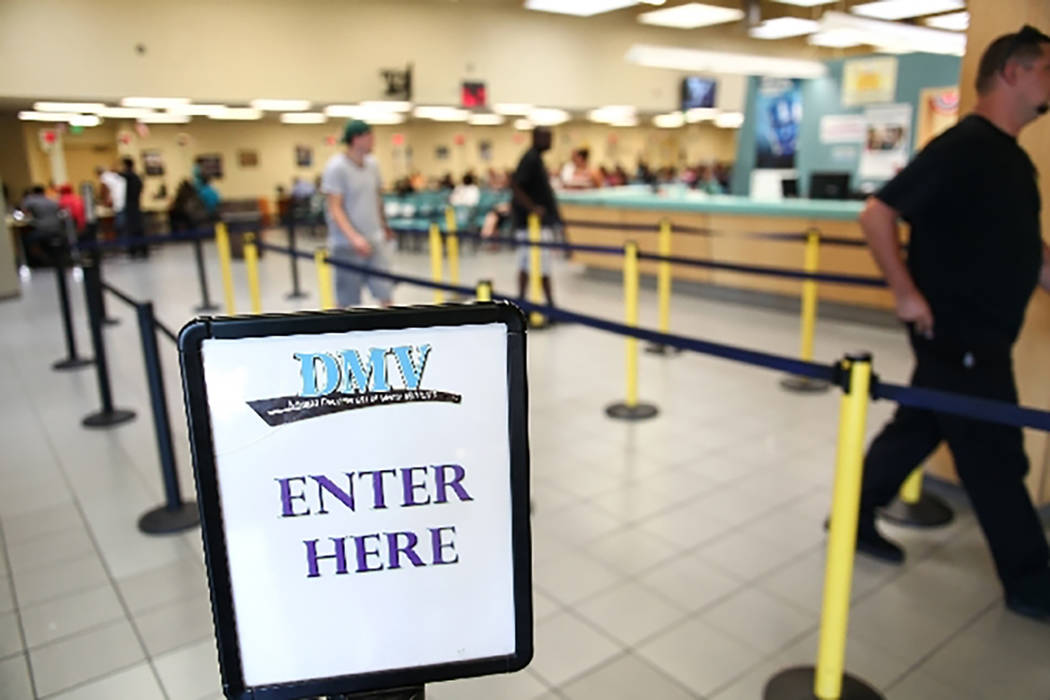 People walk through the line at the DMV office at 2701 E. Sahara Ave., in Las Vegas. (Las Vegas Review-Journal)

CARSON CITY — An initiative to automatically register people to vote when they obtain or renew a driver’s license or identification card at a Department of Motor Vehicles office passed a Senate committee Wednesday on a 3-2 partisan vote.

The Automatic Voter Registration Initiative, or IP1, would amend Nevada law to require the DMV to transmit information to the secretary of state and county election offices to register people who obtain, renew or change an address on a driver’s license or identification card.

It is similar to existing law, except the new measure would require people who don’t want to register to opt out by checking a box indicating that preference. Currently, they have to opt in by filling out voter registration paperwork.

Backers of IP1 collected signatures last year to send the proposal to the Legislature. The Assembly earlier approved it on a party-line vote, 27-15.

It now goes the full Senate.