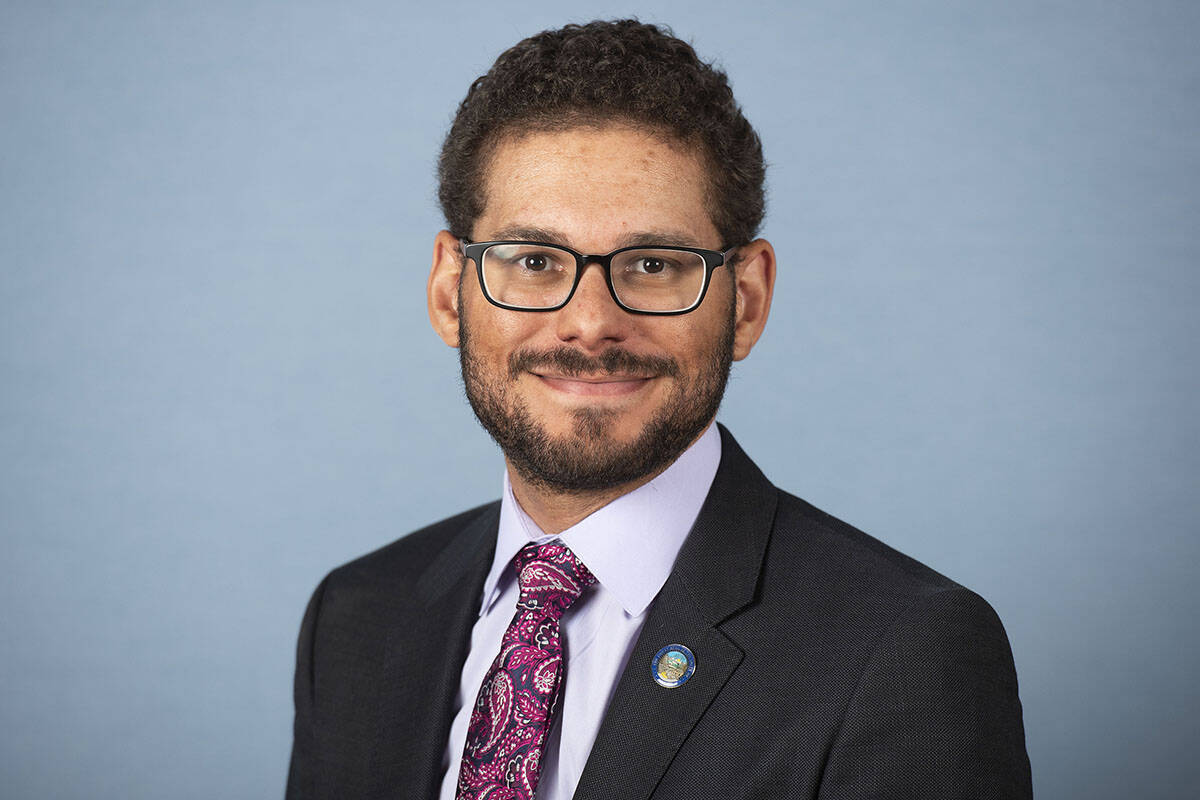 Howard Watts poses for a photo at the Review-Journal studio on Thursday, August 11, 2022, in Las Vegas. Watts is a Democratic candidate running for State Assembly District 15. (Steel Brooks/Las Vegas Review-Journal)

Incumbent Assemblyman Howard Watts III wants to protect his seat representing the central Las Vegas Valley against a Republican opponent in the race for Assembly District 15.

Watts, a public relations consultant for nonprofits and businesses by trade, is running for his third term in the Legislature. He’s a Las Vegas native and alumnus of University of Nevada, Las Vegas, where he was first in his family to graduate college, he said.

Much of Watts legislative accomplishments are in environmental issues. He worked with the Southern Nevada Water Authority on the policy to remove nonfunctional turf and wants to look for new ways to lead the region in water conservation practices.

Watts said he wants the state to use federal funds from the Inflation Reduction Act, which included a historic investment in climate-related infrastructure, to support diversifying the state’s economy while addressing climate change.

“This provides a huge opportunity for Nevada to lead the economy of the future in terms of developing all this clean energy technology,” he said. “We’ve got the sun. We’ve got geothermal resources. We’ve got battery companies and others that want to locate here and so I’m excited that we can be solving issues that we face, but also do it in a way that is building a strong economy for the future.”

If reelected, Watts wants to focus on investing in K-12 and higher education and affordable housing – a topic on most of his voters’ minds, he said. He supports using unallocated funds from the state’s share of American Rescue Plan monies to make childcare, health care, housing and energy more affordable.

“We can’t wave a magic wand and fix the global supply chain or what’s going on in Ukraine, but I do think that we can help develop programs to help address these pocketbook issues,” he said.

Bang did not respond to multiple requests for comment.