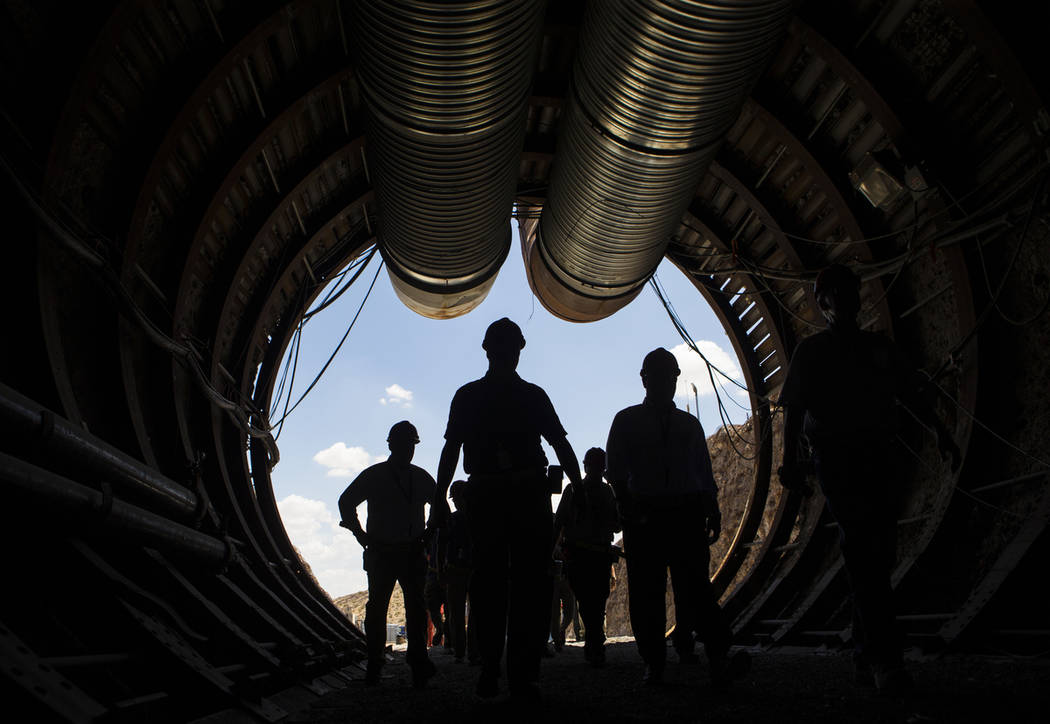 WASHINGTON — A Trump administration request to revive the licensing process at Yucca Mountain includes funds to hire 77 lawyers and staff for the Nuclear Regulatory Commission to adjudicate “contentions” to the Energy Department’s application to build the facility in Nevada, officials said Monday.

The Trump administration blueprint for fiscal year 2020, which begins Oct. 1, includes $116 million for the Department of Energy and $38.5 million for NRC to restart the process that was stalled in 2010 when the Obama administration withdrew money to stop the legal proceedings.

Those requests are similar to Trump administration requests the past two budgets, which were rejected in the Senate.

Energy’s request for $116 million for nuclear waste storage includes reviving the licensing process for the Yucca Mountain application and funding an interim storage program. Details on the proposed spending are expected to be released next week.

NRC officials said they were seeking congressional authorization for $38.5 million from the Nuclear Waste Fund, made up of fees paid by electricity consumers, to hire lawyers needed for the adjudication to “contentions” to the Energy Department application.

The state of Nevada has filed 218 contentions to the license, many of which challenge Energy Department research and analysis on potential groundwater and environmental contamination from storing radioactive waste at the Nye County geologic repository, located about 90 miles northwest of Las Vegas.

If the licensing process is restarted, stakeholders in the project would be able to file new contentions to the project, NRC officials said.

The state of Nevada, Gov. Steve Sisolak and members of the state’s congressional delegation have opposed developing Yucca Mountain, designated by Congress in 1987 as the location to permanently store nuclear waste produced by power plants and Navy reactors.