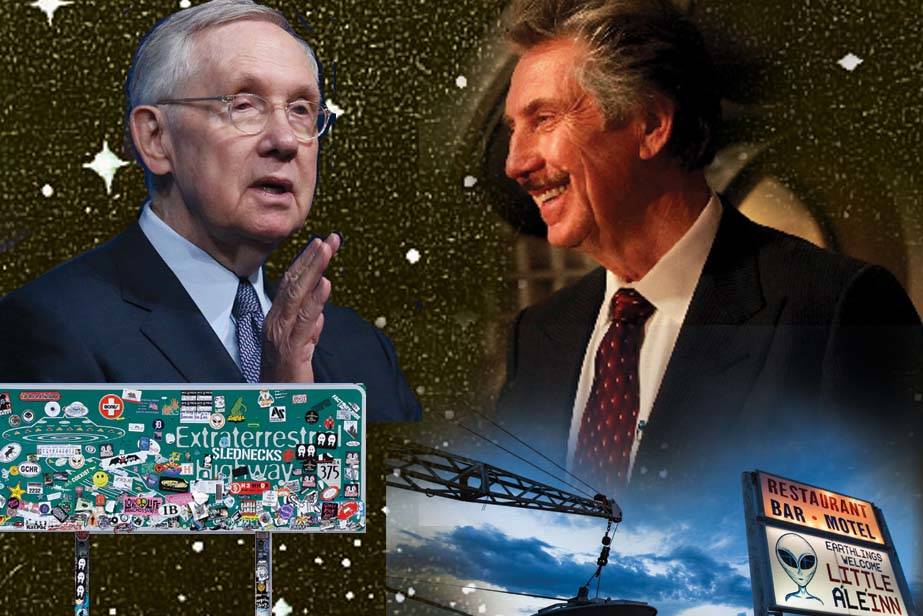 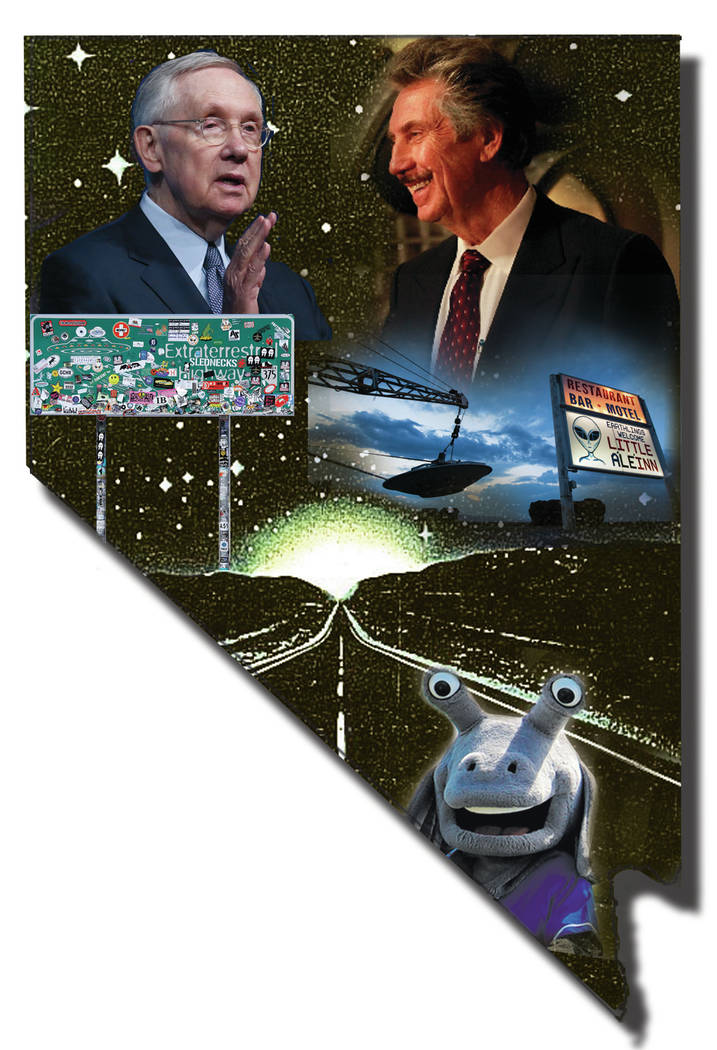 A secret government program that investigated UFO sightings, stored objects of unknown origin in a Las Vegas warehouse and survived for at least five years with shadowy funding secured by Harry Reid?

Sounds about right to Dennis McBride.

The Nevada historian and author could only shrug when he read the New York Times’ bizarre Dec. 16 account of the Advanced Aerospace Threat Identification Program, a mysterious Defense Department initiative to investigate reports of unidentified flying objects.

“I wasn’t surprised. I wasn’t surprised at all,” said McBride, director of the Nevada State Museum in Las Vegas. “I’m sure that there’s all sorts of things going on we don’t know about because they are secret. Why not Harry Reid?”

According to the Times, Pentagon officials recently acknowledged the existence of the UFO program, claiming it began in 2007 as part of the Defense Intelligence Agency and ended after five years. But the military intelligence official who ran it said the work continued after funding from Congress dried up in 2012.

The Times’ investigation unearthed contracts showing the program received $22 million in federal funding between 2008 and 2011. The money went to Bigelow Aerospace, the North Las Vegas-based company founded in 1999 by Robert Bigelow, owner of the Budget Suites of America hotel chain and one of Reid’s longtime friends and campaign contributors.

Bigelow’s company modified buildings in Las Vegas for the storage of metal alloys and other materials reportedly recovered from unidentified aerial phenomena, the Times said.

Bigelow’s fascination with outer space and the paranormal is well-documented. In 1997, he gave UNLV $3.7 million to establish the Bigelow Chair of Consciousness Studies, which featured course work in metaphysics, near-death experiences and extrasensory perception.

His aerospace firm is now testing an inflatable space capsule attached to the International Space Station under a contract with NASA.

Reid declined an interview request from the Review-Journal, but he told the Times he was proud of his role in starting the program and funding it with earmarks tucked away in the Pentagon budget for classified programs. He said the idea of investigating UFOs was suggested to him by astronaut and fellow Senator John Glenn, and the initiative was supported in the Senate by Ted Stevens, R-Alaska, and Daniel Inouye, D-Hawaii.

Bigelow wasn’t interested in talking to the Review-Journal either.

Reached by phone on Wednesday, he said he was in a meeting and couldn’t talk. He said he would also be in meetings later that day and all of the next day. Then he asked, “How did you get this number?”

McBride said Nevada has a rich history of both secret government projects and UFO lore. In some cases, those two things are almost certainly connected.

He said parts of Central and Southern Nevada saw a spike in UFO reports in the 1950s and again in the late ’60s and early ’70s that coincided with classified aircraft testing at the Nevada Test Site and its famously secretive Area 51. Between 1952 and 1968, the Review-Journal published at least 29 stories about UFO sightings in the area.

McBride said he started collecting comics about aliens and flying saucers when he was a kid, and he has been collecting newspaper reports and other accounts of UFO encounters ever since. His files include tales of strange lights and objects in the skies over Boulder City, Black Mountain in Henderson and Moapa Valley. The oldest sighting dates back to the early 1930s, during the construction of Hoover Dam.

McBride said tiny Nelson, Nevada, about 30 miles north of Reid’s hometown of Searchlight, seems to be a hotbed for sightings for some reason.

He also recalls a string of cattle mutilations around Blue Diamond and Pahrump in the 1970s that some people tried to blame on space invaders.

Some Southern Nevada business owners and boosters have embraced the state’s out-of-this-world reputation.

State Route 375, which winds past the entrance road for Area 51, is officially known as the Extraterrestrial Highway. Las Vegas’ minor league baseball team, the 51s, has Cosmo the alien as its mascot.

In Rachel, the Lincoln County town closest to Area 51, the Little A’Le’Inn lures customers with alien-themed food, drinks and souvenirs. In Amargosa Valley, on the other side of the test site, a legal brothel called the Alien Cathouse lures customers with … er … something else.

“I don’t see anything wrong with exploiting it for a few tourist dollars,” McBride said.

A buff and believer

McBride is more than just a UFO historian. He’s a true believer.

He said his close encounter came during a trip to Botswana in 2014, when he watched in amazement as a lighted rectangle rose from a roadless patch of jungle, made a sharp diagonal turn and shot straight up into the sky at impossible speed.

But even if he hadn’t seen what he saw, McBride would still be a UFO buff. “It’s intriguing and fun to talk about,” he said.

He just wishes the government felt the same. “I don’t understand the secrecy,” McBride said.

That’s why he was pleased to see the curtain raised on Reid, the Advanced Aerospace Threat Identification Program and the government’s effort to investigate the unexplained.

“It’s good to see something positive done with our tax dollars,” McBride said.