North Las Vegas may soon allow bicyclists to ride on the sidewalk.

A new ordinance introduced before the North Las Vegas City Council on Wednesday would allow for bicyclists to ride on sidewalks except in areas designated as priority pedestrian zones. The council will vote on the matter at its Sept. 2 meeting.

“For people such as children, individuals who are uncomfortable mixing with vehicular traffic, and those who live in areas without designated bicycle lanes, sidewalks serve as the only comfortable space to ride a bicycle,” city documents states.

The ordinance will allow the city to prohibit bikes on certain sidewalks or roadways if staff determines the use of bikes “impedes or interferes” with the flow of vehicle or pedestrian traffic.

A more in-depth presentation will be made at the next council meeting, according to City Manager Ryann Juden.

None of the council members commented on the agenda item during the meeting.

On Sunday, a bicyclist was killed in Henderson after a collision with an SUV at an intersection. 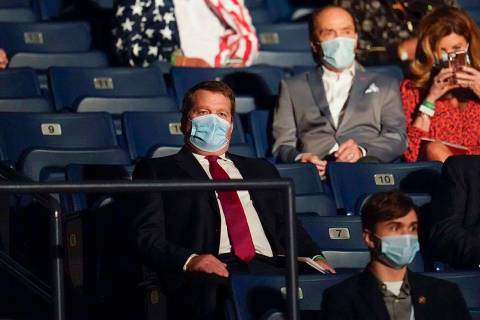 The FBI asked Tony Bobulinski to sit for an interview regarding allegations that former Vice President Joe Biden was aware of his son’s financial dealings with China.