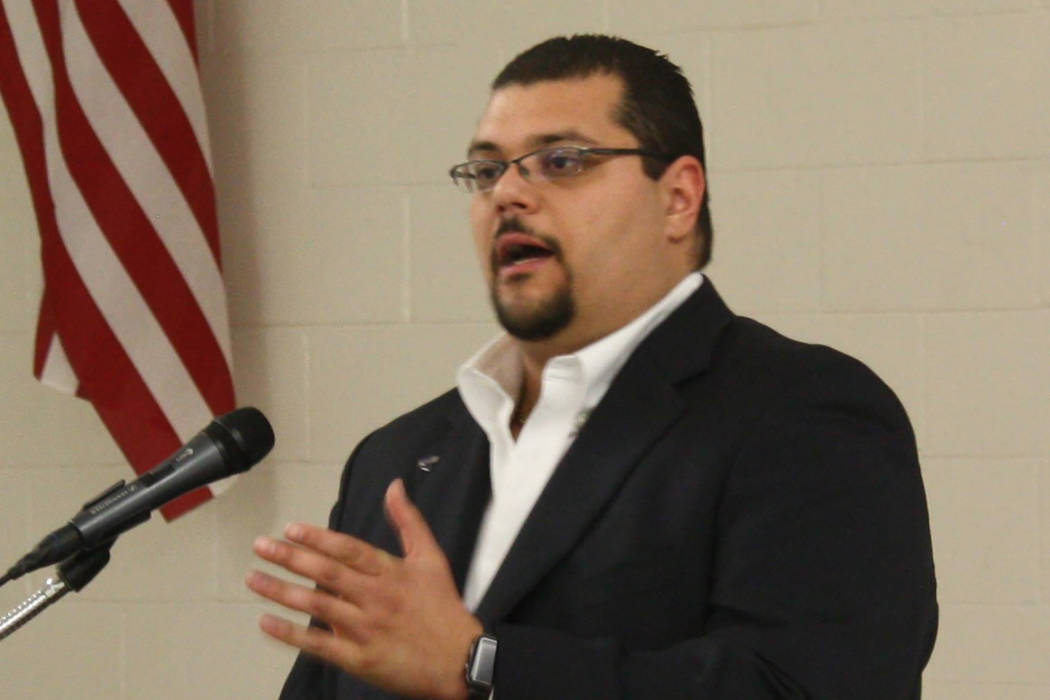 Blundo, who lives and owns a restaurant in Pahrump, made the announcement surrounded by friends and family at Bonanza High School in Las Vegas, where Blundo graduated.

“Washington is full of empty suits. Professional politicians who don’t know what it means to work long hours just to get by, and who are disconnected and don’t understand the challenges real Nevadans face every day,” Blundo said.

Blundo said the country has a continuing immigration problem in which borders are not secure, and the process for legal immigration — which his parents each went through — no longer works. He said the Democratic Party is filled with “avowed socialists.”

Blundo joins a growing field of Republicans vying for the right to challenge Democratic Rep. Steven Horsford in a district where Democrats currently hold a 41-32 voter registration edge.

According to federal election documents, five Republicans have filed paperwork to enter the race, including former Assemblyman Jim Marchant and Charles Navarro, who worked as a staffer for former Rep. Cresent Hardy.

Horsford originally won the seat in 2012 before losing it to Hardy in 2014. Hardy then lost it in 2016 to former Rep. Ruben Kihuen, who did not seek re-election in 2018 after allegations of sexual misconduct. Horsford then beat Hardy in 2018.

Blundo said his conservative, hard-working values align with most Nevadans’ and will help him differentiate himself from the rest of the 2020 primary pack.