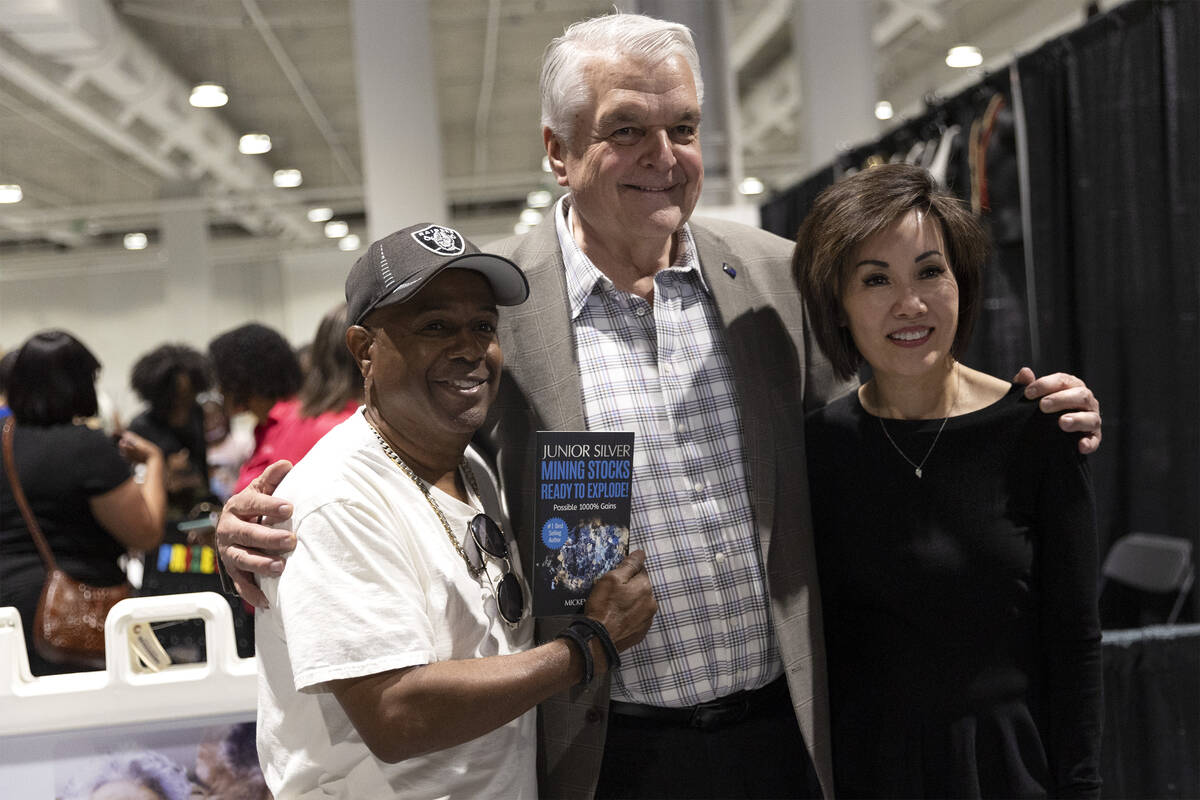 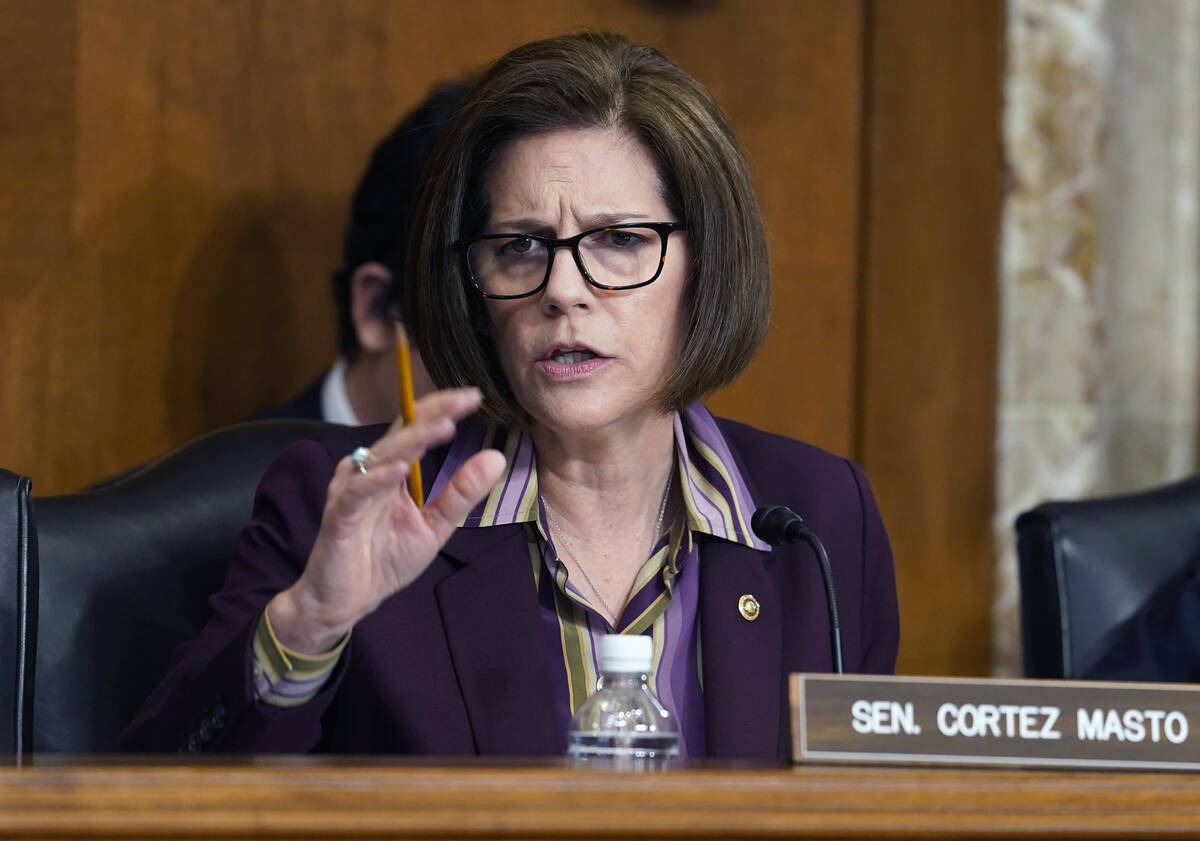 The ancient Chinese general and philosopher Sun Tzu wrote, “military formation is like water — the form of water is to avoid the high and go to the low, the form of a military force is the avoid the full and attack the empty.”

And the corollary is also true: In politics, as in war, you must defend where you are empty.

We saw a couple examples of that this week from two top Nevada Democrats.

But coming from the governor best known for shutting down all businesses — small, medium, large and extra-large — during the COVID-19 pandemic, the news surprised some. “They used to be medium businesses,” one Twitter wag said.

If nothing else, however, Steve’s Sizzling Summer of Small Business Sorry About That tour shows the governor’s campaign team thinks he may be vulnerable on the business front. At the time of the shutdown, he was derided as a dictator for his closure orders, even though other states were doing the much the same. And his critics have never been able to fully explain how it was in his best political interests to shutter the shops of some of his largest donors.

The tour also gives Sisolak the chance to remind small business owners, and their customers, that things are getting better, Nevada is recovering, and while COVID is still a thing, Nevada’s economy is coming back. That’s a message he desperately wants to reinforce over the next five months.

And one of the stops on Sisolak’s tour was the Lovelady Brewing Co. in Henderson, which gives us an idea: Why not tour only Nevada’s fine breweries? Maybe we’ve judged this small business tour concept too harshly!

Second, Democratic U.S. Sen. Catherine Cortez Masto put out a news release of her own — headline: “Laxalt Called Out for Standing with Big Oil While Nevadans Pay More at the Pump.” The release highlights the fact that Republican U.S. Senate nominee Adam Laxalt works for a Washington, D.C. law firm, Cooper & Kirk, which represents Chevron and Shell Oil, among others.

“These Big Oil companies are making more money than ever as they raise gas prices for Nevadans and Laxalt has consistently defended them on the campaign trail,” Cortez Masto’s campaign statement reads.

And with Nevada gas prices high and staying there — an average $5.62 per gallon for regular according to AAA — linking Laxalt to the companies that are making big profits is a political no-brainer.

But, much like Sisolak’s Sensational Summer of Small Business Serenity, the release shows Cortez Masto is rightly concerned about fuel prices, especially because that’s one of the things most commonly associated with President Joe Biden. And Cortez Masto would prefer voters not think of her at the same time as Biden.

Don’t take our word for it: At the same time as the event where workers denounced Laxalt, his campaign sent a news release showing he thinks Cortez Masto is vulnerable.

“Nevada’s gas prices have doubled on Senator Cortez Masto’s watch,” Laxalt said in a statement. “Her votes against exploration of our domestic energy resources have directly contributed to the unaffordable prices Nevadans are suffering through today. She puts the financial support from radical environmentalists before struggling Nevada families. While she’s eager to distract Nevadans from this reality, I remain committed to fighting for relief at the pump and responsible exploration for more domestic energy resources.”

Cortez Masto hasn’t been silent on the issue, however. In March, at a Senate Energy and Natural Resources Committee hearing, she confronted oil companies for allegedly “putting profits over consumers” and called on them to do more to lower the price at the pump. That followed her call to suspend the federal gas tax of $18.5 cents per gallon, without realizing that Nevada has a law that commensurately raises the state gas tax if the federal gas tax ever falls. She and fellow U.S. Sen. Jacky Rosen said they were working on a fix, but it appears a special session of the Nevada Legislature would be necessary to suspend Nevada’s tax.

Hey, how about Steve’s Super Summer Special Session of Savings?

Donald Trump, by his own admission, has always been known as a brash person. But a recent Trump email that asks readers to take a “poll” that’s really a fundraising ploy was just mean. It included an embedded gif of President Biden losing his balance and falling off his bicycle, “while he was VACATIONING at the beach.”

Remember the Trump years, when the president never went on vacation?

In any case, the email notes Biden’s age, criticizes him for a bad economy and immigration, and concludes by saying “…he’s clearly unfit to be our President – he can’t even ride a bike.”

Two things: First, Biden wasn’t riding when he fell. He had stopped to talk to a group of people and apparently got his foot caught in the toe cage, which apparently is a thing attached to the pedals. Second, if any person who ever fell off a bike is unfit to be president, well, count us out. We fell, and more than once back in the day.

But Trump would still eligible, since no photographs exist of him riding a bike. In fact, he swore he’d never ride a bike as president after repeatedly criticizing former Secretary of State John Kerry who fell and broke his leg on a bike ride during a European tour.

Another Trump email caught our eye this week, one from Donald Trump Jr. with the subject line, “my father and I spoke about you.” Creepy.

But there’s more: Apparently, we at Party Lines have reached “GREAT MAGA KING STATUS”! (Emphasis most definitely in original.)

Now, we’re not sure what we’ve done to reach said status, and frankly, we’re not really sure what it means. We’re still trying to figure out the difference between MAGA, Ultra MAGA and Dark MAGA. But hey, this one sounds like it’s above all the rest of those.

According to Trump Jr.’s email, “GREAT MAGA KING STATUS is reserved for the ones that President Trump has always been able to count on to answer the call when the Left comes after us – his MOST RELIABLE and DEDICATED supporters.” (Again, emphasis in original.)

Oh, wait. In order to confirm that status, I was supposed to contribute any amount by 11:59 p.m. Darn it. Another missed opportunity.

The luckiest man in the state

Reno attorney Joey Gilbert was not happy when he lost the Republican primary for governor to Clark County Sheriff Joe Lombardo this month. He immediately alleged voter fraud, and hinted at a lawsuit. He’s now asking Republican Secretary of State Barbara Cegavske to refuse to certify the primary election results.

Which brings us back to Sisolak, the luckiest man in Nevada, who is about to celebrate Steve’s Surprising, Sublime Summer of Surrogates.

The election results showed that Lombardo won Nevada’s biggest counties but came in second or even third in many rural parts of the state. He’s got to unify Nevada Republicans behind his campaign if he’s ever going to take on Democrats, who are united behind Sisolak.

But Gilbert’s refusal to concede — especially if it continues for the next few months — only makes that harder. And that only helps one person: Sisolak.

Lombardo’s margin of victory is fairly compelling: nearly 26,000 votes out of more than 225,000 cast. And thus far, Gilbert hasn’t come forward with concrete proof of fraud.

But that doesn’t matter for Democrats: So long as Lombardo’s focus is diverted from the general election campaign, Sisolak’s campaign marches forward. Which makes him the luckiest man in the state.

Quote of the week

“It was a simple protest. It got out of hand.” — former President Donald Trump, describing the deadly riot at the U.S. Capitol on Jan. 6, 2021.