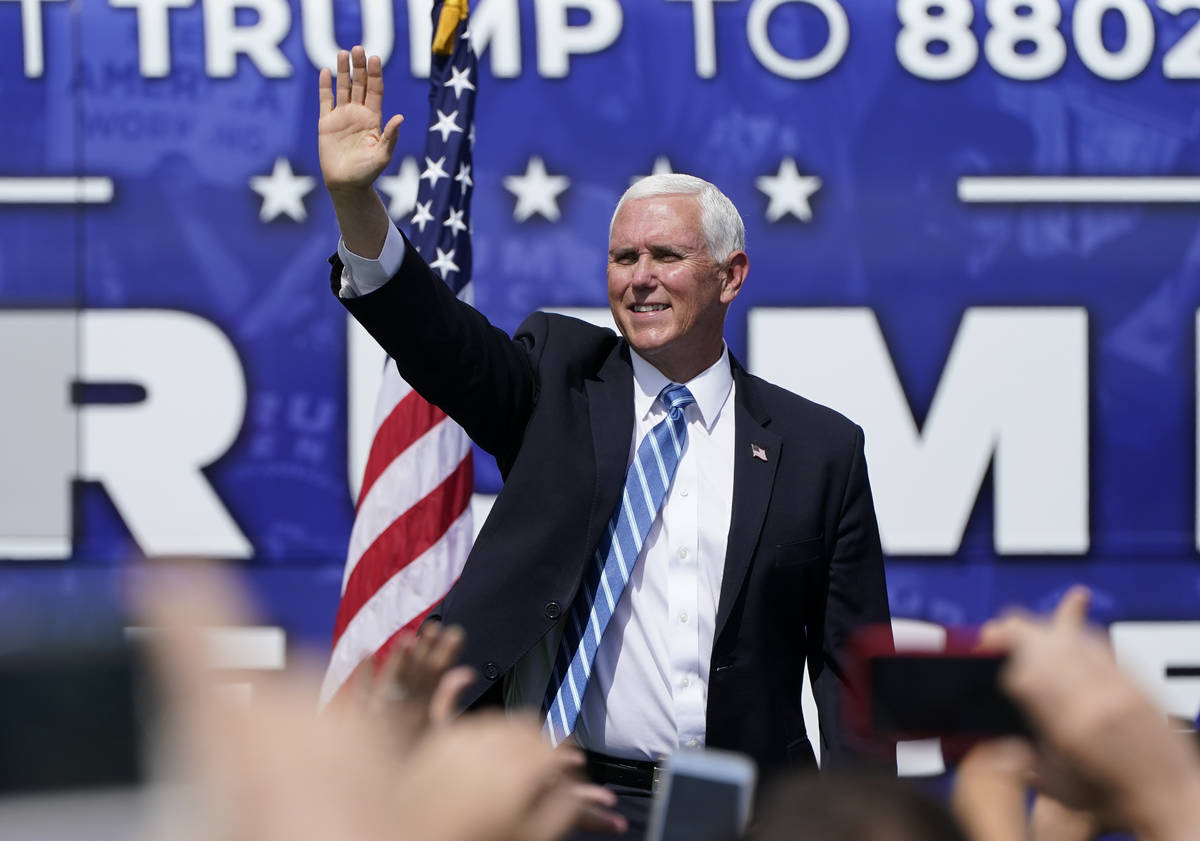 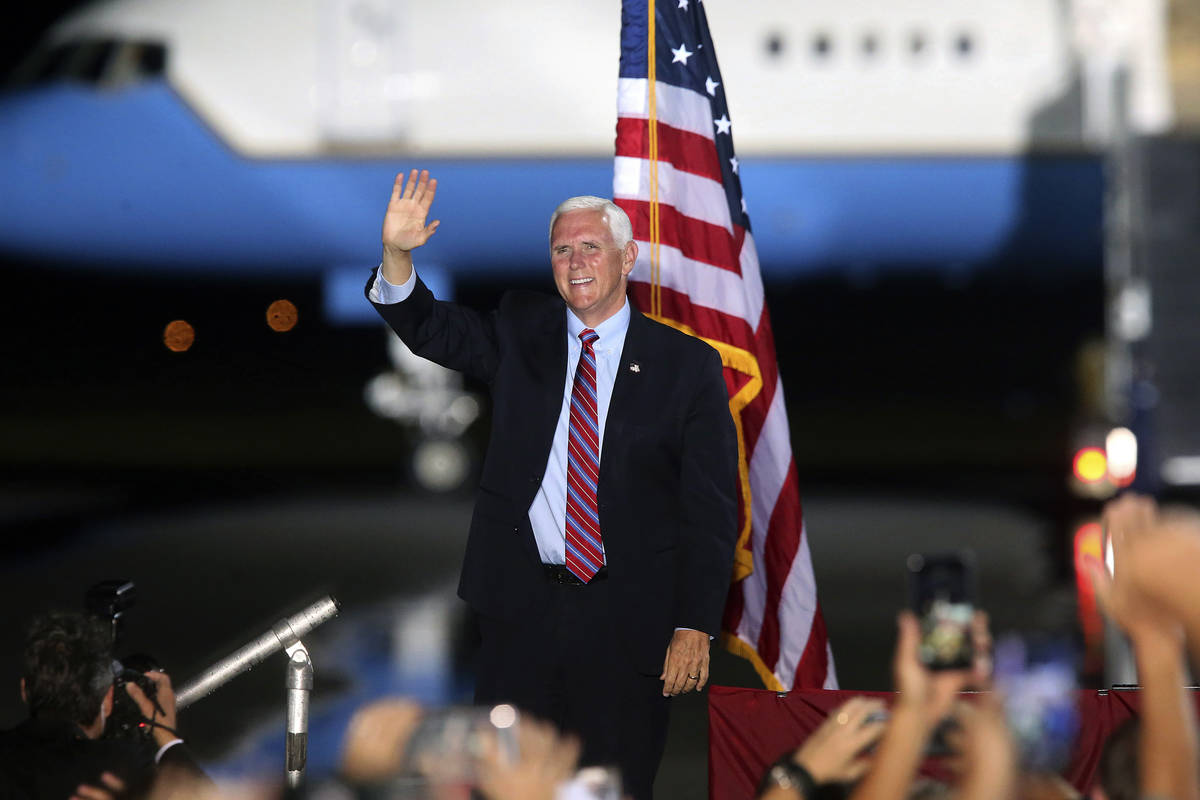 RENO — Vice President Mike Pence touted favorable economic news and sounded rock-ribbed Republican themes Thursday before a limited and socially distanced rally audience at Reno-Tahoe International Airport, proclaiming that the “American comeback is on” and urging people to get to the polls to vote.

The vice president made claims opponents and detractors would readily dispute, saying the Trump administration came into office in 2016 to meet a “hollowed-out military” and an economy “struggling to break out of the slowest recovery since the Great Depression.”

He sounded themes popular with conservatives around gun rights, anti-abortion, religious freedom and conservative judicial appointments while tearing into Biden as a “Trojan Horse for the radical left.”

And he focused on figures on economic growth released Thursday by the Commerce Department, which show consumer activity driving a third-quarter rebound in gross domestic product of 33 percent at an annualized pace after a 31 percent plunge in the second quarter.

That figure is still 3.5 percent below pre-pandemic growth rate at the end of 2019, and unemployment remains high at 7.9 percent with 12.6 million Americans still out of work.

The vice president’s appearance came as host site Washoe County confronts record-setting numbers on new daily cases, hospitalizations and overall active cases of COVID-19, with more than 13,000 sickened by the illness and nearly 200 dying from it in the state’s second-most-populous county.

The rally’s organizers held to a contractual agreement with the airport and the event host to abide by the state’s 250-person limit on public gatherings and other social distancing requirements. Attendees were instructed to wear masks and seats were spaced apart.

Washoe County has been on the state’s elevated-risk list for COVID-19 spread for five weeks and plans to revert to a 50-person limit on public gatherings. It registered 293 new COVID-19 cases on Wednesday, the second highest behind Friday’s 350-case record. More than 100 people are currently hospitalized and there are more than 2,100 active cases, also both records.

At the site of Vice President Mike Pence’s rally at Reno Airport later this afternoon. Seats are socially distanced and seating reflects crowd size limit of 250 to comply with state Covid guidance. pic.twitter.com/7IGlOl0HNr

Recent rallies by both Pence and President Trump in Nevada and elsewhere, including one Wednesday on the Nevada-Arizona border, continue to draw thousands who gather mostly without masks, and in venues where recommended social distancing is not possible or not practiced. That stands in contrast to campaign activities by Democrat Joe Biden, his running mate Kamala Harris, and their surrogates, including Barack Obama.

Democrats on Thursday decried the Trump-Pence ticket for a holding what Democrats called a “reckless” rally in an area struggling with the pandemic, as well as the campaign’s messaging on the virus that the nation is “rounding the corner” on containing it. At a briefing Wednesday, Gov. Steve Sisolak called that message “lies.”

Pence, referring repeatedly to the “China virus,” told the Reno crowd: “We are just weeks away from having millions of doses of the first coronavirus vaccine in the world.” Vaccine developers and health officials are looking at possible initial distribution of a vaccine to high-risk Americans in late December or January.

“When Joe Biden says we’re in a for a long dark winter, President Trump says the best is yet to come.