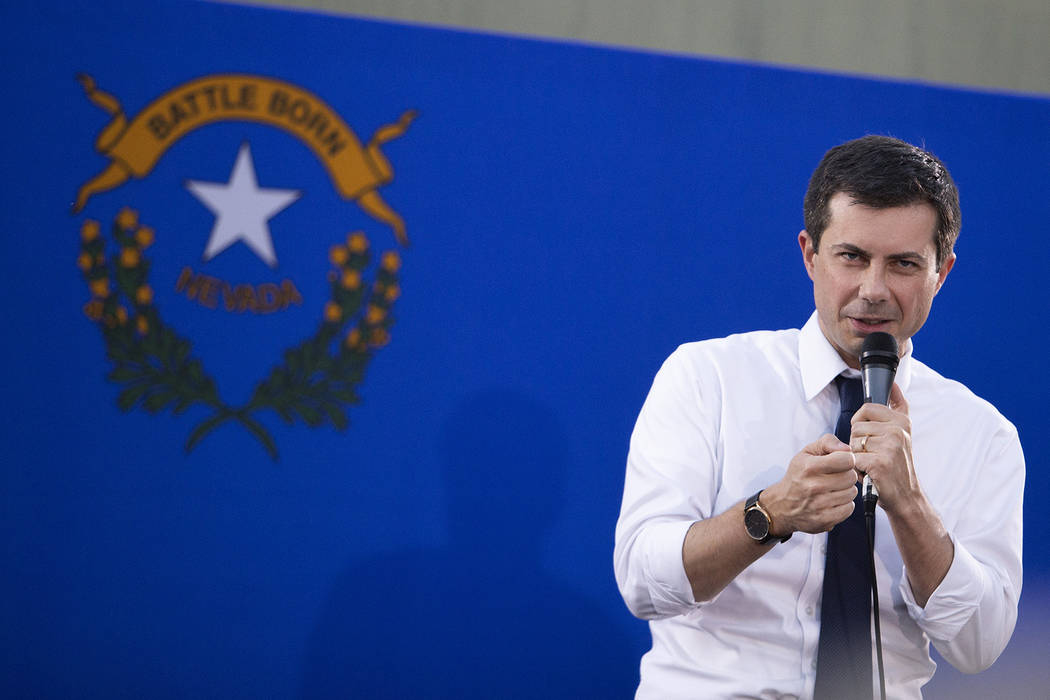 Democratic presidential candidate Pete Buttigieg unveiled his plan to improve the lives of veterans and those serving in the military on Monday, telling the Review-Journal it represents “my regard for what service means” and a way for the country to keep its promises to those who elected to serve.

“There are two things you get when you serve,” Buttigieg said. “One is all the fulfillment, the sense of purpose, the commitment that comes from being a part of something bigger than yourself.

“The second is a lot of experience navigating bureaucracy.”

The 21-page plan includes well-covered ground within the Democratic field, including increased funding for the Department of Veterans Affairs, simplifying the benefits process, improving access to vocational training and mental health services and ending the transgender military ban.

But it also addresses more specific issues that Buttigieg said he noticed during his service in the U.S. Navy, such as improving the quality and availability of child care on bases, elevating more women to officer positions and increasing rights for military spouses.

Buttigieg said the plan also seeks to empower communities like Las Vegas, where he took in ideas for providing immediate services to homeless veterans during a tour of the Veterans Village.

“Nevada has such a proud tradition of people serving, and (my plan) should speak to its many veterans and those in military service,” Buttigieg said. “Many veterans also choose to move to Nevada when they retire, and we should make that transition as smooth as possible.”

In the proposal, Buttigieg said his administration would review “bad-paper” discharges and restore benefits to those discharged for mental health reasons, trauma or due to their sexual orientation. He also called for independent prosecutors to identify instances of sexual assault, rather than base commanders.

Buttigieg pledged to increase pay for VA health care providers across the board while also stepping up the recruitment of immigrant health professionals from other countries and within the military. He also plans to increase study into the effects of Agent Orange on Vietnam War veterans and expedite the benefit requests of those affected by it.

“Anyone who puts their life on the line deserves to have their service honored and respected,” Buttigieg said of his proposal.