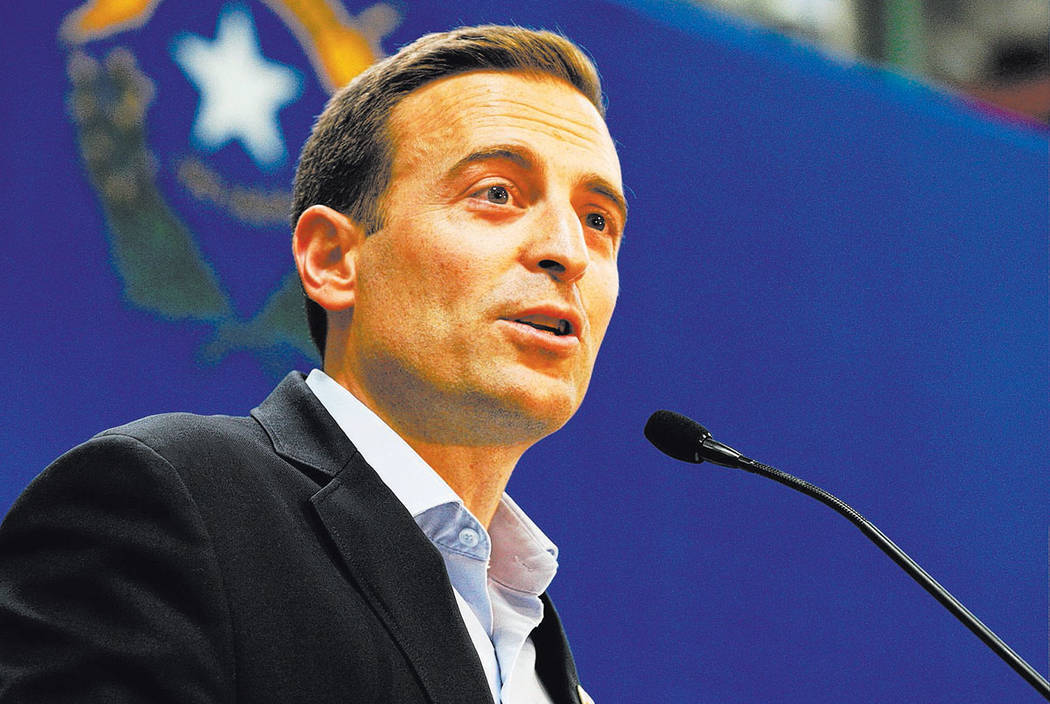 One gubernatorial candidate released internal polling, while another snagged a key endorsement from the teacher’s union last week in Nevada politics.

Who cares if we’re 10 months away from the general election? It’s never too early for political polls.

An internal poll from Republican Adam Laxalt’s gubernatorial campaign shows him well in front of primary opponent Treasurer Dan Schwartz, by a margin of 66 percent to 7 percent.

Laxalt, Nevada’s attorney general, has been endorsed by Vice President Mike Pence and a slew of Republican governors including Arizona’s Doug Ducey and Wisconsin’s Scott Walker. Nevada GOP Gov. Brian Sandoval has not endorsed anyone in the race.

In an article published Thursday, the University of Virginia’s Center for Politics called Laxalt the likely GOP nominee, but “he may be a little too hard-right for the (general) electorate here.”

But a competitive primary between Sisolak and Giunchigliani could hurt the eventual Democratic nominee in the general election, the article said.

“We expect another Toss-up open-seat race in a Toss-up state,” the author wrote.

— The Women’s March returns, coming a year after last year’s historic and first Women’s March on Washington. This is the first leg of a multistate tour targeting swing states to register new voters in an effort to elect more women to political office. The march begins at 10 a.m. Sunday at Sam Boyd Stadium, 7000 E. Russell Road. For details, visit www.powertothepolls.com/location.

— The Clark County Libertarian Party will hold its convention to nominate candidates for office and fill vacancies on the local party’s executive committee. The event is from 10 a.m. to 1 p.m. Jan. 27 at Paymon’s Mediterranean Café and Lounge, 8380 W. Sahara Ave.