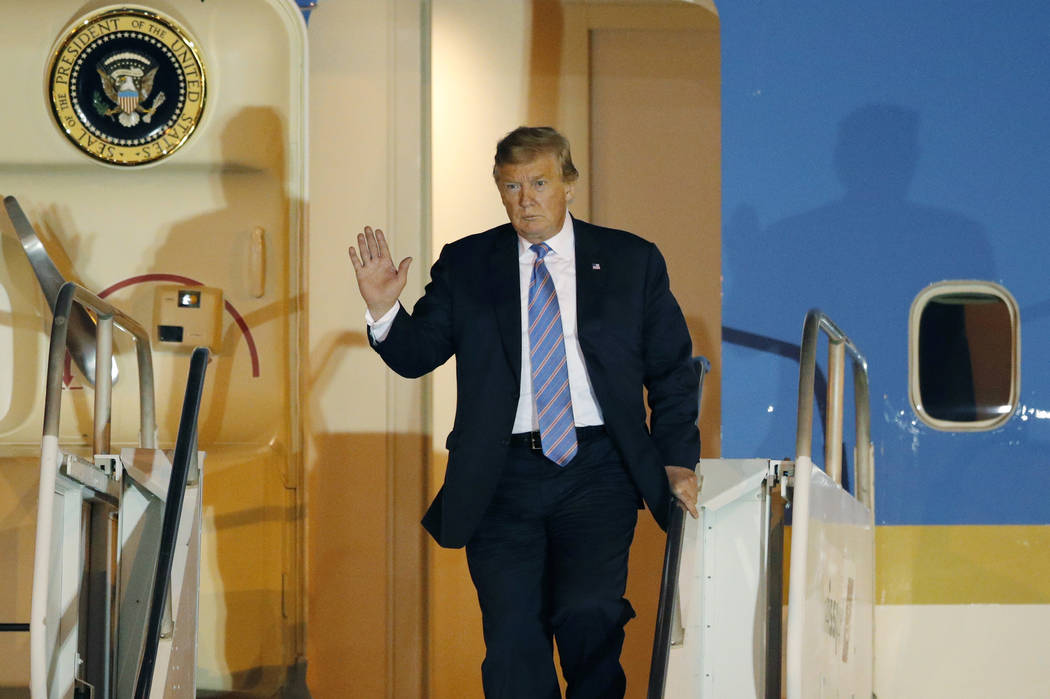 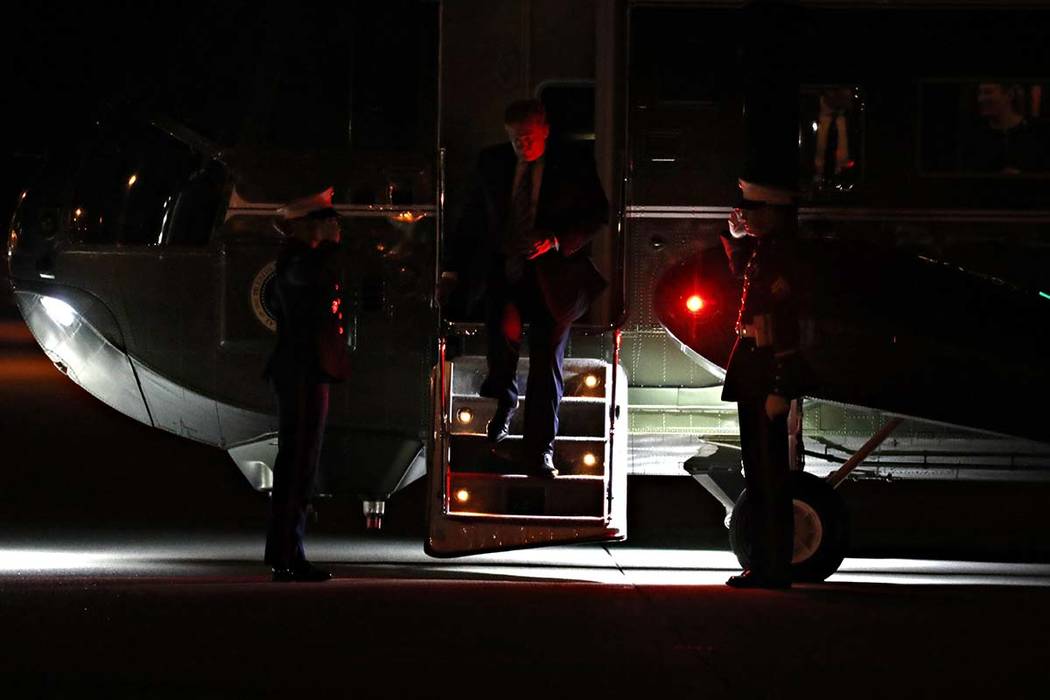 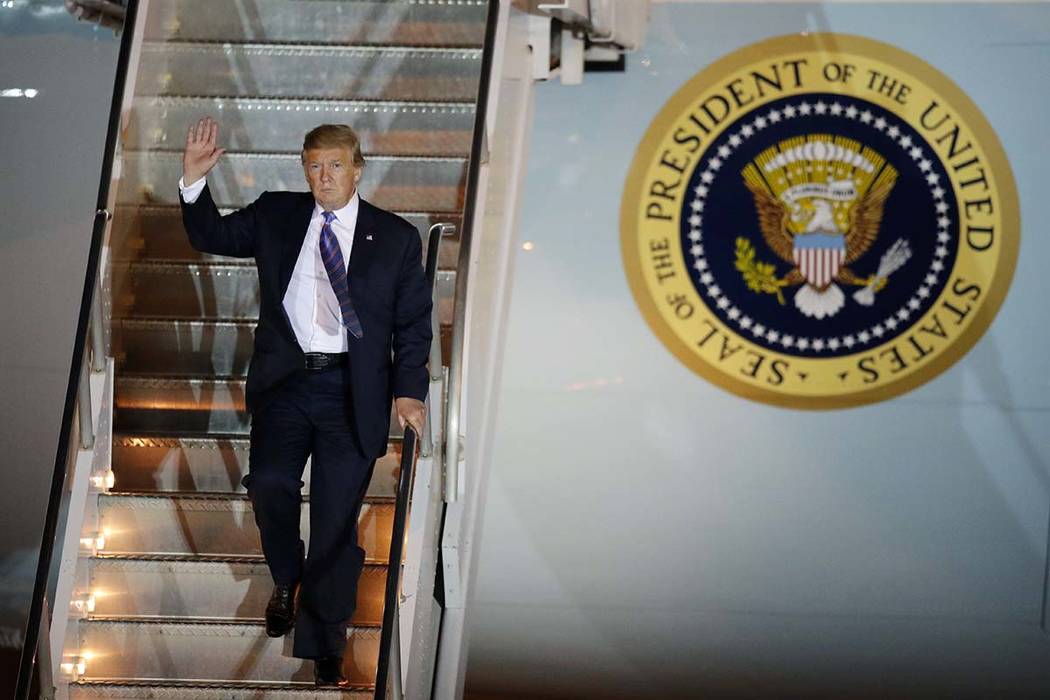 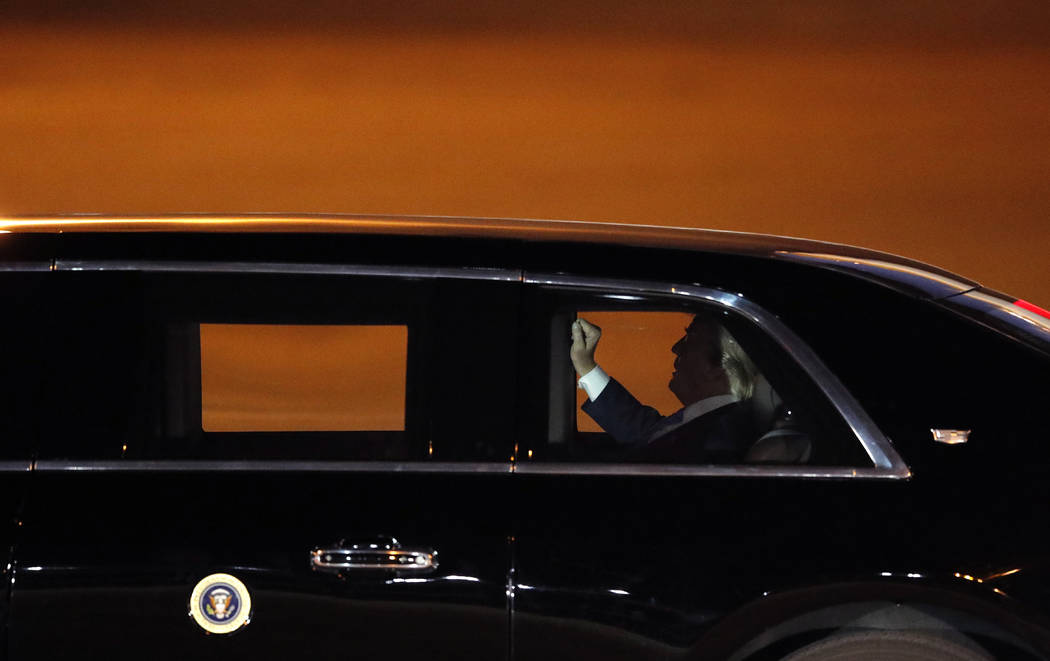 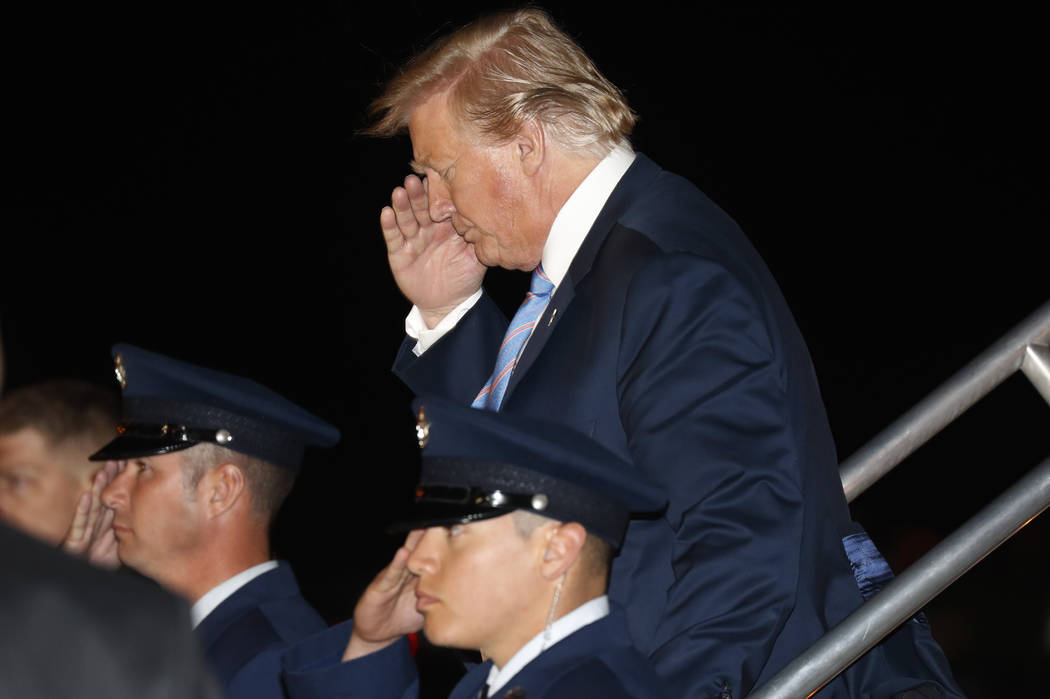 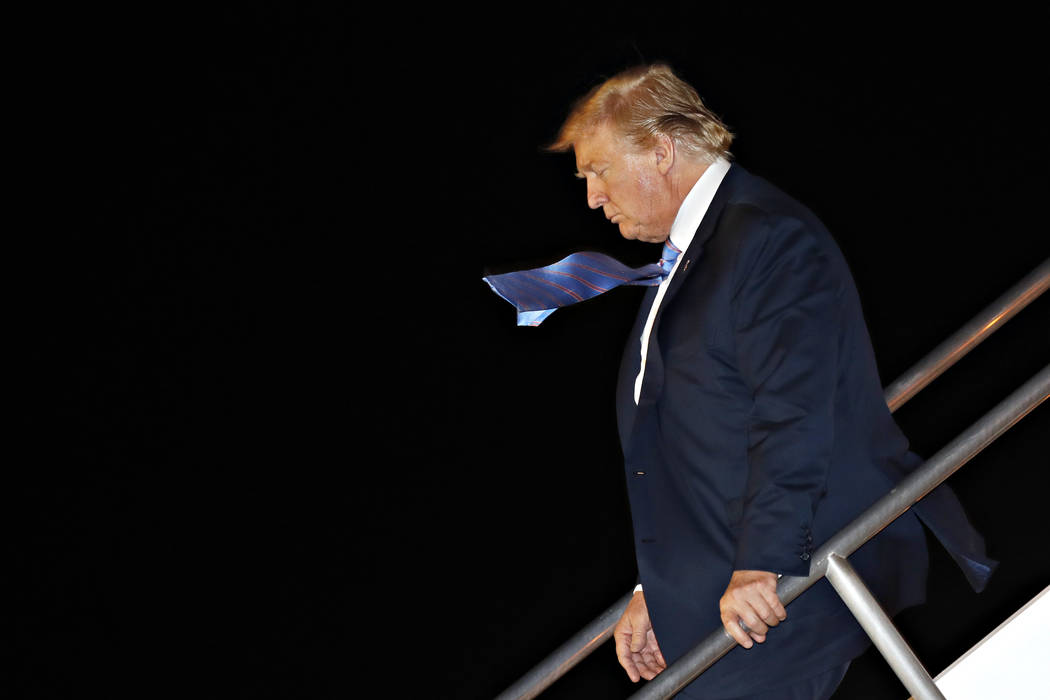 President Donald Trump's tie is blown in the wind as he walks down the stairs of Air Force One on arrival at McCarran International Airport in Las Vegas, Friday, April 5, 2019, from California. (AP Photo/Jacquelyn Martin)

Air Force One touched down at McCarran International Airport Friday night at 11:06 p.m. ahead of President Donald Trump’s remarks to the national leadership of the Republican Jewish Coalition Saturday.

Trump left the White House Friday morning for visit at the U.S. border in California, then flew to Los Angeles for a fundraiser in Beverly Hills, followed by what the White House called a “private dinner this evening at Trump National Los Angeles,” then ended the night with a quick flight to Las Vegas. Deputy Press Secretary Hogan Gidley said that Trump discussed immigration with California lawmakers who were on the flight.

Hours earlier Vice President Mike Pence landed at the same airport so that he can talk to the same group in the afternoon.

While the White House does not release information about where the President will spend the night when he is traveling, he has been known to spend the night at the Trump International Hotel Las Vegas when in town.

This is Trump’s fourth visit to Las Vegas and his fifth trip to Nevada since he won election in 2016.

Trump is slated to speak to attendees at 11:10 a.m. Saturday, while Pence will address the crowd between 2 p.m. and 5 p.m. Saturday, according to event itinerary.

The president can be expected to return to a theme he has been road-testing for the 2020 election – that the Democratic party has taken an “anti-Jewish” turn which accelerated during the midterm elections.