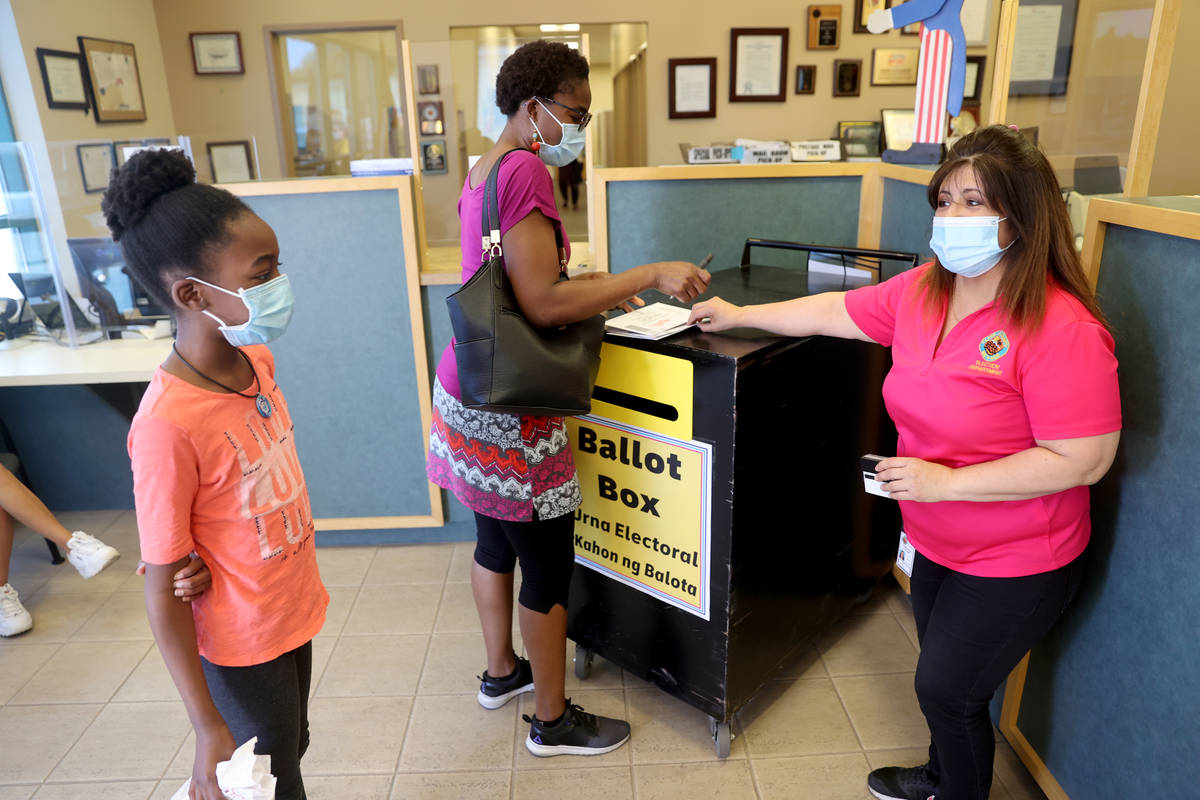 Nevadans will narrow a massive field of would-be political and judicial leaders Tuesday as voting in the state’s first all-mail primary comes to a close.

No statewide offices are up for election this year, and Republicans and Democrats have already made their presidential candidate selections through Nevada’s caucus system.

But voters face crucial decisions on who will lead a daunting local health and economic recovery amid the coronavirus pandemic from city, county and statewide governing bodies, and they will also shape local and state court benches for years to come through dozens of judicial races.

All four Nevada members of the U.S. House of Representatives are also hoping to continue representing the state in key national policy discussions, such as legislative remedies to nationwide civil rights unrest over police violence toward black and brown people. Reps. Dina Titus and Stephen Horsford, both Democrats, co-sponsored a bill Monday that would bar chokeholds by police, among many other mandates.

As of Monday morning, nearly 343,000 voters, or 21 percent of the state’s active voter base, had submitted absentee ballots in the primary, which was modified this year because of concerns over large gatherings of people during the COVID-19 pandemic.

Average primary turnout over the past two decades is 23.74 percent statewide and 20.79 percent in Clark County.

These figures represent the number of ballots submitted, not votes counted. Each ballot must have its signature verified before the vote is counted.

According to the Nevada secretary of state’s office, 7,514 ballots, about 2 percent of those returned as of Monday morning, have been flagged as needing a signature “cure,” meaning either the signature on the ballot does not match state records or the voter did not sign it as required. State law requires election officials to notify voters and give them a week to fix any problems with their absentee ballots.

All ballots must be postmarked by Tuesday and received by county election officials by June 16 in order to be counted.

Final, unofficial election results will not be available until after the last vote is counted on June 16. The Review-Journal will report partial results as they become available Tuesday evening.

These locations will not use any electronic voting machines because of the risk of COVID-19 infection. The centers will use paper ballots.

People may register to vote on election day at any of the voting centers. Those who did not receive a ballot or made a mistake on their ballot must go to a voting center to receive a new one.

There are also a few dozen ballot drop-off locations open Tuesday, including most city clerk offices in Clark County.

Although primary elections broadly serve as a way to narrow candidate fields, some races may be decided in this election.

If a candidate wins more than 50 percent of the vote in a nonpartisan race with three or more candidates, he or she will be elected outright. If no one gets more than half of the vote, the top two candidates move on to the November general election.

A candidate may win a partisan race outright only if there are no candidates running for the nomination of an opposing party. For example, three Democrats are the only candidates vying for state Senate District 7 seat: Roberta Lange, Ellen Spiegel and Richard Carrillo. Whoever wins the Democratic primary in this race will secure the seat outright.