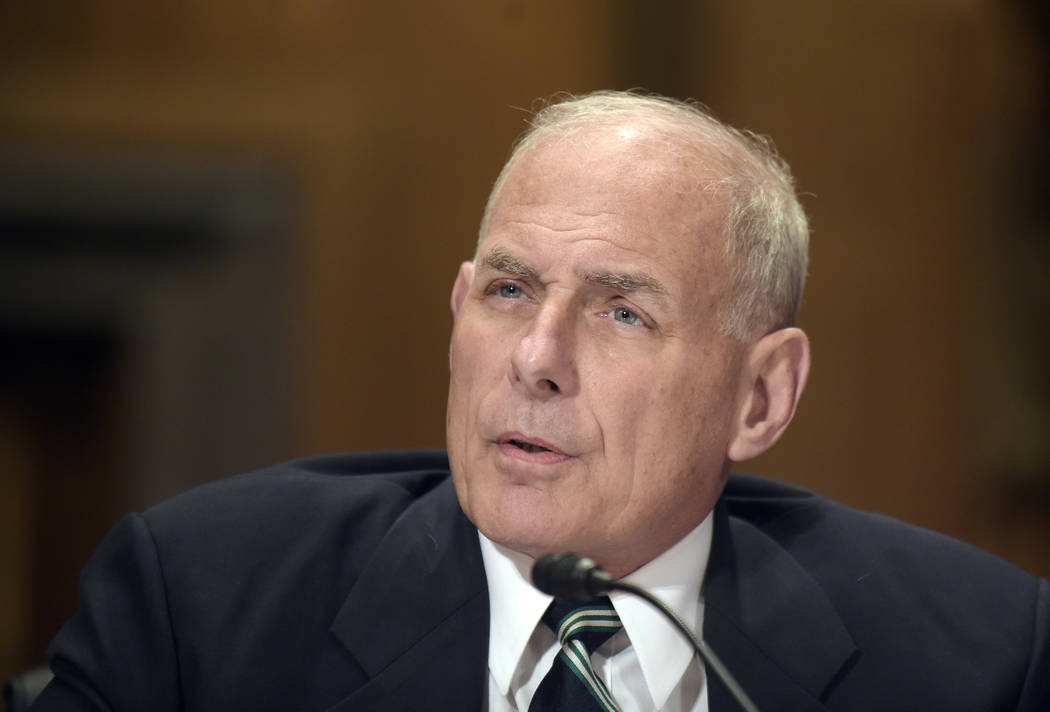 WASHINGTON — The Trump administration reversed one Obama-era immigration policy and left another intact — for now, at least.

Homeland Security Secretary John Kelly announced the actions in a memorandum that said he was rescinding the Deferred Action for Parents of Americans and Lawful Permanent Residents, known as DAPA, rather than try to defend the Obama administration policy in court.

But Kelly said he would leave in effect the Deferred Action for Childhood Arrivals, known as the DACA program, which provides children who were brought into the United States illegally with protection from deportation.

However, administration officials said Friday afternoon that no final decision on DACA had been made. “The future of the DACA program continues to be under review with the administration,” Jonathan Hoffman, an assistant secretary for public affairs at Homeland Security, said in a statement.

The actions both gave relief and created frustration Friday for interested parties in Southwest cities like Las Vegas with large Latino populations.

“It’s unfortunate,” Rep. Ruben Kihuen, D-Nev., a Mexican-born immigrant who legally immigrated to the United States with his parents in the 1980s, said of the decision to cancel DAPA.

The DAPA policy would have provided protections from deportation for undocumented immigrants with a U.S.-born child or one with permanent resident status.

That DAPA policy in 2014 was immediately challenged by 26 states, including Nevada, in the U.S. Southern District of Texas.

A federal judge in South Texas issued an injunction against the policy, which was upheld by the New Orleans-based 5th Circuit Court of Appeals and the U.S. Supreme Court.

Texas Attorney General Ken Paxton, who filed the lawsuit that halted the 2014 memo, applauded the decision to cancel DAPA. “I am proud to have led a 26-state coalition that went all the way to the Supreme Court to block this unlawful edict.”

President Donald Trump, as a candidate, called for elimination of the two Obama administration immigration policies, which he said defied the Constitution and federal law. But Trump, after the election, said he favored the policy that protected children who were brought here illegally from being deported.

The Trump administration has stepped up deportations of undocumented immigrants and the president has called for a wall to be built across the 2,000-mile U.S.-Mexico border to stop illegal immigration.

Nevada has roughly 210,000 undocumented immigrants, according to the Pew Hispanic Center, with about 20,000 children and teenagers eligible for DACA protections. Pro-immigration advocates estimate another 30,000 adults would have been eligible for DAPA.

Federal immigration policy resonates in Southwest cities, like Las Vegas, where 30 percent of the population, or about 627,000 people, are Latino. Of those, 76 percent are of Mexican descent, according to the Pew Hispanic Center.

A bipartisan effort to craft a comprehensive immigration reform bill in 2013, which included a path to citizenship, was passed in the Senate but died in the House for lack of action.

Democrats and Republicans have reintroduced a bill that would extend protections to children brought here illegally, the so-called “Dreamers” who are going to school or serving in the military.

“I believe that our immigration system is fundamentally broken and in need of legislative reforms,” said Sen. Dean Heller, R-Nev., who voted for the 2013 bill and co-sponsored legislation that provides DACA-eligible people with protections and employment authorization.

But the decision by the Trump administration on DAPA leaves the parents of many of those people in fear of deportation.

“Without DAPA, U.S. citizens will continue to face the very real and disturbing possibility of having their whole families torn away from them,” said Sen. Catherine Cortez Masto, D-Nev.

She called the Trump repeal of DAPA a “brazen lack of empathy for immigrant communities.”

Rep. Jacky Rosen, D-Nev., said DAPA was designed to bring undocumented immigrants out of the shadows and allow them to contribute to their local communities and pay taxes. She called the administration decision “another move in the wrong direction.”

Dan Stein, president of the Federation for American Immigration Reform, praised Kelly’s rescission of the 2014 initiative but said it also “calls into question the legitimacy of DACA as well.”

Kihuen, who was naturalized under President Ronald Reagan’s policies, noted that the eventual fate of the DACA policy is still in doubt.

“It leaves a lot of uncertainties,” Kihuen said. “It’s unfortunate that now the parents of a lot of these Dreamers are going to live in fear.”