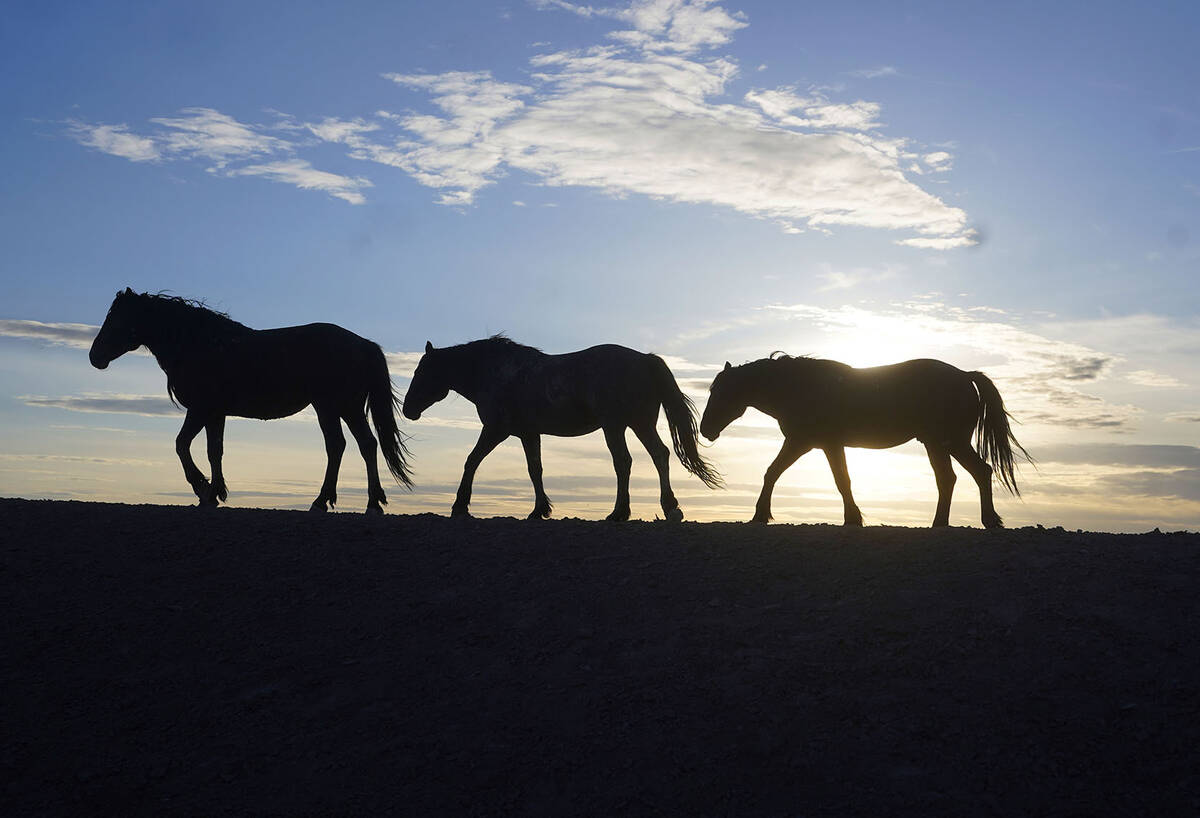 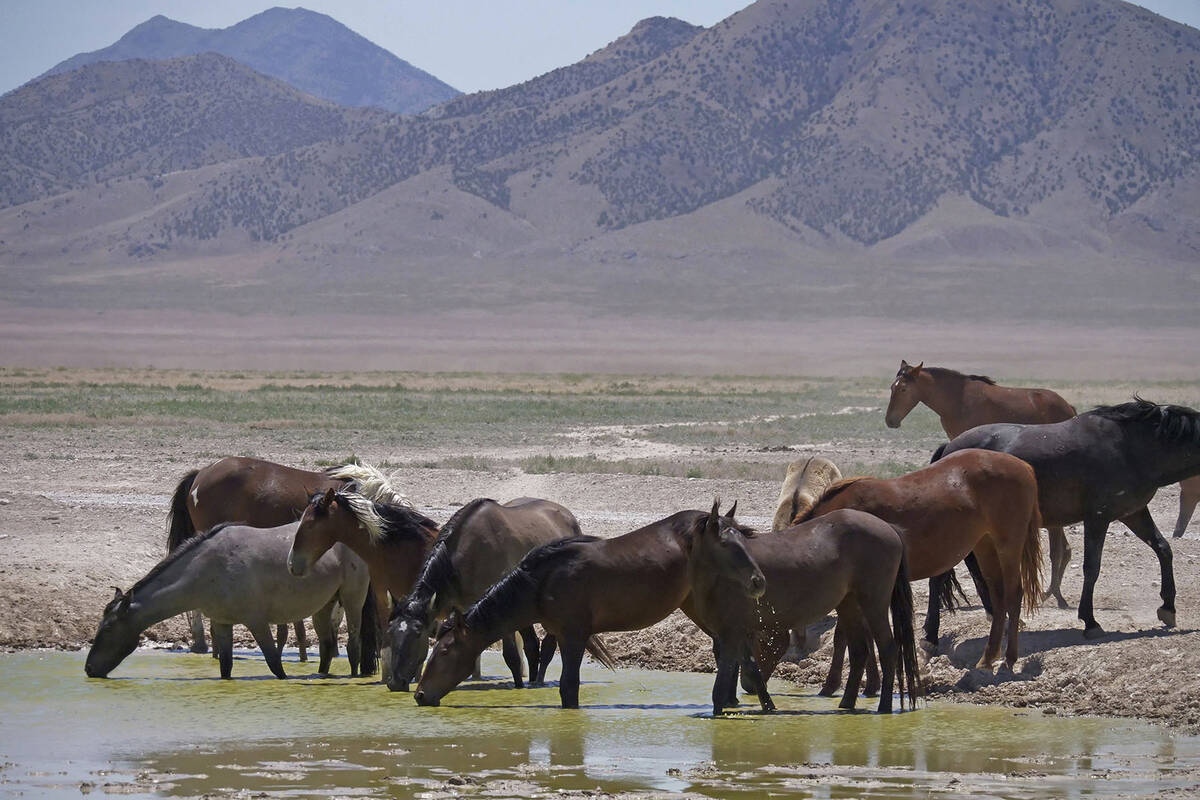 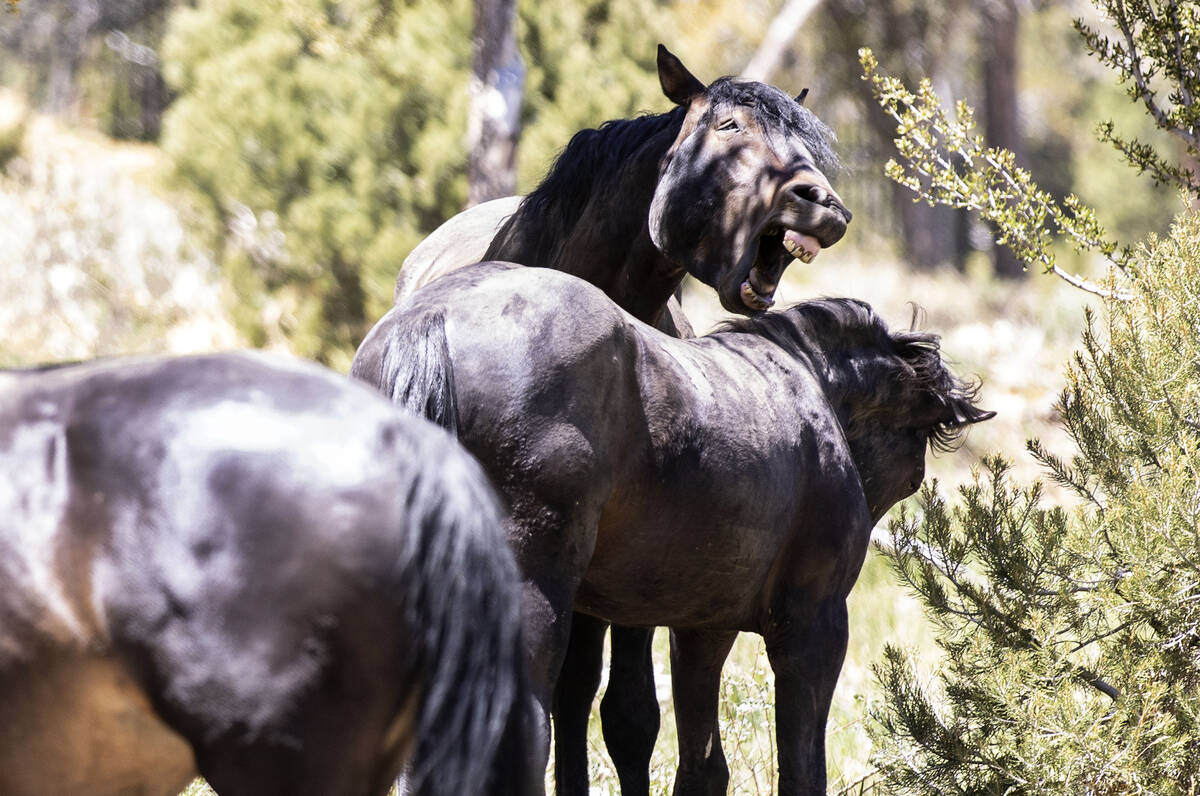 The American Wild Horse Campaign released a report Friday documenting that 1,020 federally-protected wild horses and burros have been sold at slaughter auctions in the last 22 months.

The campaign, dedicated to preserving the American wild horses and burros in free-roaming herds, cited records it accumulated through an investigation into the Bureau of Land Management’s Adoption Incentive Program that started in 2019 and pays people $1,000 in taxpayer funds to adopt a wild, untamed horse or burro.

Wild horses are considered “living symbols of the historic and pioneer spirit of the West” and are protected by the federal government, which also maintains the animals’ populations and makes sure the animals are healthy. The wild horses and burros are found in 10 different western states, but Nevada has the highest population. The American Wild Horse Campaign also implements the world’s largest wild horse fertility control programs in partnership with Nevada.

If there are too many horses, they get placed into private care. The Bureau of Land Management has placed more than 240,000 wild horses and burros into private care since 1971, according to its website.

Since the Bureau of Land Management’s Adoption Incentive Program took effect three years ago, 1,020 wild horses and burros were sold in kill pens, which are livestock auctions that sell horses to slaughter plants in Canada and Mexico, the report says. The plants slaughter horses for human consumption for foreign markets, according to the report.

“While some of the horses and burros were rescued — sometimes hours before shipping to slaughter — many others were not,” the campaign said in a statement Friday.

The campaign alleges there is evidence that people are using the program to pocket the cash and then dump the horses at kill pens. Some groups have earned as much as $80,000 by adopting the maximum number of animals per person — which is four — and then selling them at the auctions, the campaign alleges.

Many wild horses with BLM brandings were found at the kill pens, the report said.

The report identified 24 groups of people who have adopted horses and burros using the same address and then flipped them all to kill pens. Many of those slaughter spots were in Kansas, Oklahoma and Texas, the report found.

“Congress prohibits wild horse and burro slaughter, but the BLM’s Adoption Incentive Program is unquestionably sending these animals into the slaughter pipeline,” said Amelia Perrin, investigations manager for the American Wild Horse Campaign in the statement. “We urge the BLM to treat this animal welfare crisis with the urgency it warrants by eliminating the cash incentives that are driving the problem.”

The Bureau of Land Management did not return a request for comment.

Instead of cash incentives, the American Wild Horse Campaign would rather see veterinary vouchers that would help wild horses get placed into good homes while protecting them from slaughter. The campaign also wants to see the Bureau of Land Management encourage the creation of a community of successful adopters who can share tips, techniques and training methods.

The campaign also produced findings about the adoption program last year, which prompted a New York Times investigative report on the program in May 2021, but the campaign’s recent 2022 report found that the problem “is far greater than previously reported,” the statement says.

When the first report was published in 2021, Rep. Dina Titus, D-Nev., urged that the Bureau of Land Management investigate, and the Bureau of Land Management implemented some changes, such as making more post-adoption visits to people’s houses and increasing scrutiny of potential adopters. The American Wild Horse Campaign argues that is not enough.

“As this report will demonstrate, the (Adoption Incentive Program) reforms implemented by the BLM have not stemmed the flow of BLM wild horses and burros into kill pens,” the report says.

Titus, a member of the Congressional Animal Protection Caucus, has also introduced the Wild Horse and Burro Protection Act of 2022, which would eliminate the use of helicopters in the Bureau of Land Management’s wild horse gathers. It would also employ more cowboys and require the Government Accountability Office to explore specific, humane alternatives to protect the horses, according to Titus.

“Even when horses are fortunate enough to get through a roundup unscathed, they face additional health and safety risks from the Adoption Incentive Program and hazardous conditions in off-range corrals. The Adoption Incentive Program is expected to provide humane and safe shelter for wild horses and decrease the likelihood of their being slaughtered,” Titus said in a statement.