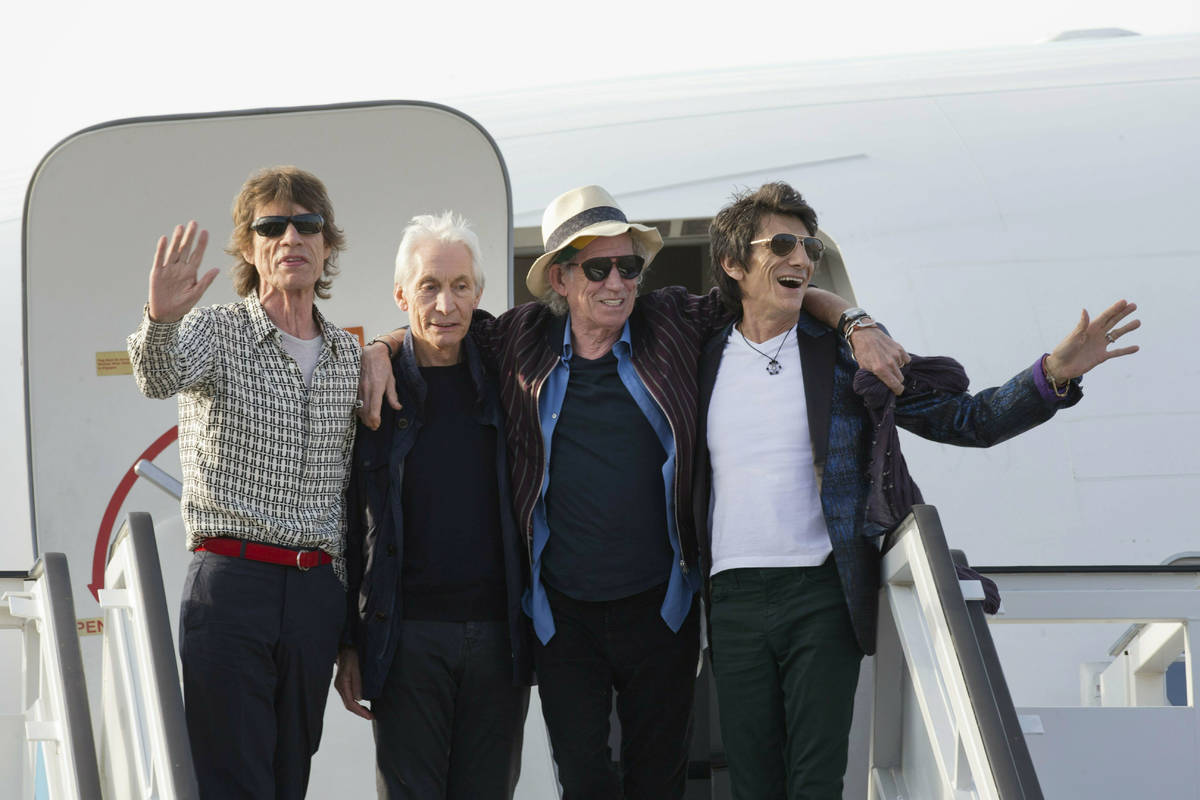 FILE - In this March 24, 2016 file photo, members of The Rolling Stones, from left, Mick Jagger, Charlie Watts, Keith Richards and Ron Wood pose for photos from their plane at Jose Marti international airport in Havana, Cuba. The Rolling Stones are threatening U.S. President Donald Trump with legal action for using their songs at his reelection campaign rallies despite cease-and-desist directives, according to a statement issued by the band Sunday June 28, 2020. (AP Photo/Ramon Espinosa File) 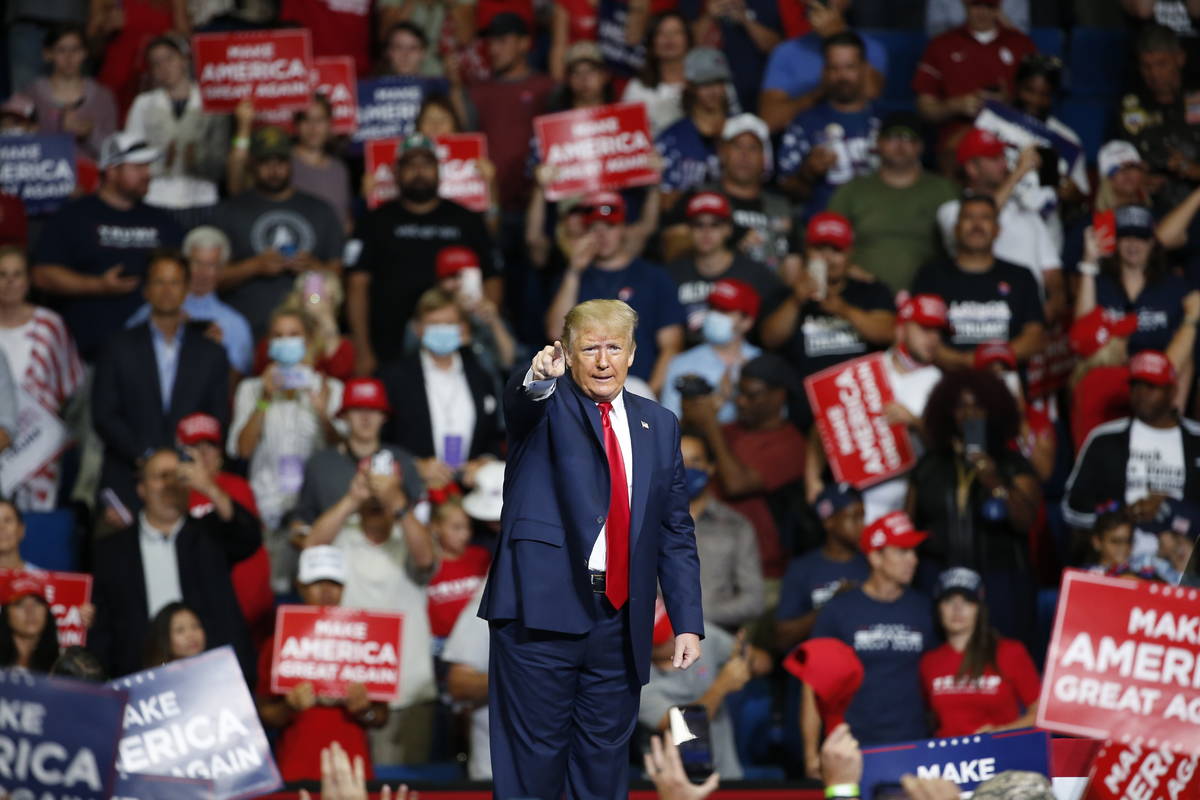 FILE - In this June 20, 2020, file photo, President Donald Trump speaks during a campaign rally at the BOK Center in Tulsa, Okla. The coronavirus pandemic isn't going away anytime soon, but campaigns are still forging ahead with in-person organizing. The pandemic upended elections this year, forcing campaigns to shift their organizing activities almost entirely online and compelling both parties to reconfigure their conventions. (AP Photo/Sue Ogrocki, File)

LONDON — The Rolling Stones are threatening President Donald Trump with legal action for using their songs at his rallies despite cease-and-desist directives.

The Stones said in a statement Sunday that their legal team is working with music rights organization BMI to stop use of their material in Trump’s reelection campaign.

“The BMI have notified the Trump campaign on behalf of the Stones that the unauthorized use of their songs will constitute a breach of its licensing agreement,” the Stones said. “If Donald Trump disregards the exclusion and persists, then he would face a lawsuit for breaking the embargo and playing music that has not been licensed.”

The Stones had complained during Trump’s 2016 campaign about the use of their music to fire up his conservative base at rallies.

The Rolling Stones’ 1969 classic “You Can’t Always Get What You Want” was a popular song for his events. It was played again at the close of Trump’s recent rally in Tulsa, Oklahoma — an indoor event criticized for its potential to spread the coronavirus.

BMI has informed the Trump campaign that if it plays Stones music again at an event, it will be in breach of its licensing agreement, the statement said.

Other artists have also complained about having their music associated with Trump’s events.

The family of the late rock musician Tom Petty said that it had issued a cease-and-desist order after Trump used the song “I Won’t Back Down” in Tulsa.

“Trump was in no way authorized to use this song to further a campaign that leaves too many Americans and common sense behind,” the statement said. “Both the late Tom Petty and his family firmly stand against racism and discrimination of any kind. Tom Petty would never want a song of his to be used in a campaign of hate. He liked to bring people together.”

Grammy Award-winning musician Neil Young lashed out at Trump in 2018 after hearing one of his songs played against his wishes during Trump’s pre-midterm campaign rallies. The Canadian-born musician admonished Trump for using his 1990 single, “Rockin’ in the Free World,” in spite of earlier warnings.