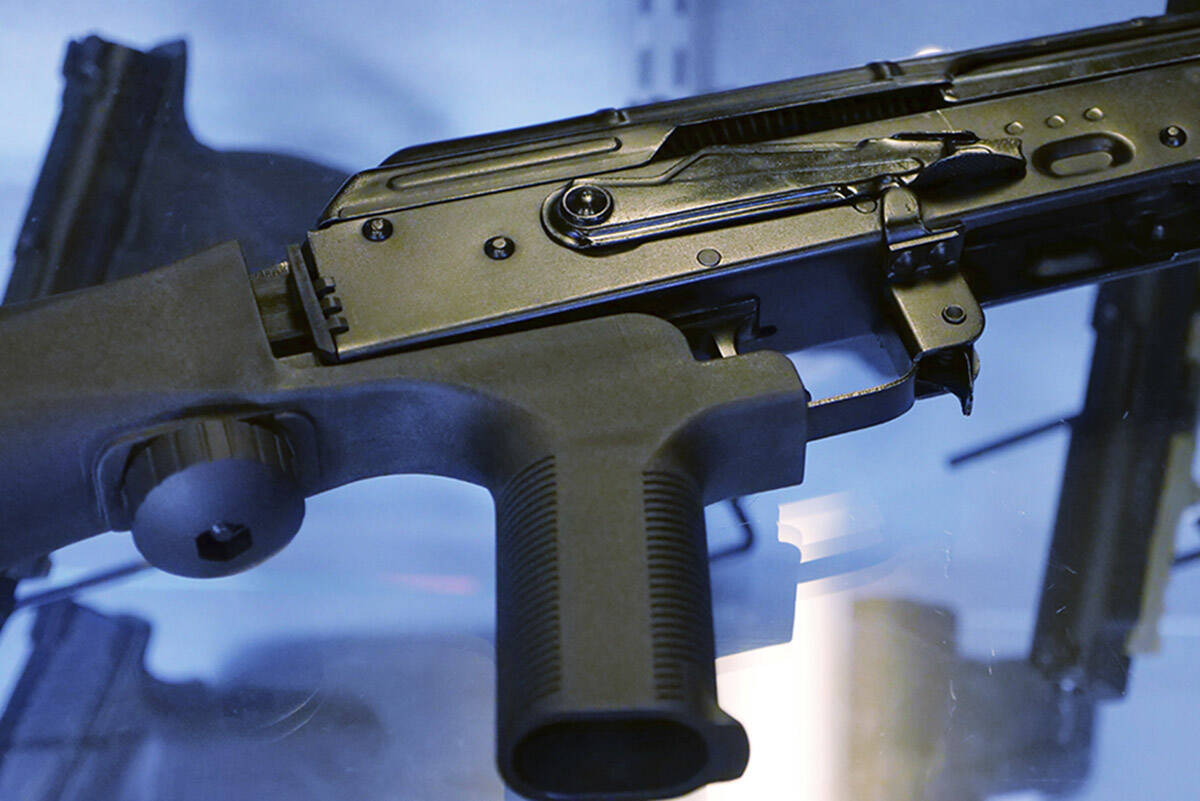 In this Oct. 4, 2017 file photo, a device called a "bump stock" is attached to a semi-automatic rifle at the Gun Vault store and shooting range in South Jordan, Utah. The Trump administration is moving to officially ban bump stocks, which allow semi-automatic weapons to fire rapidly like automatic firearms. A senior Justice Department official said Tuesday bump stocks will be banned under the federal law that prohibits machine guns. It will take effect in late March. (AP Photo/Rick Bowmer)

Rosen, D-Nev., said bump stocks allowed a lone gunman to shoot more than a thousand rounds in just 10 minutes, a deadly barrage of bullets that killed 60 people and injured hundreds of other concertgoers attending an outdoor country music festival.

She called on the Senate to pass legislation to permanently ban the devices “which allowed the shooter on One October to fire so many rounds and cause so much carnage.”

Saturday marks the five-year anniversary of the tragic event.

After the shooting, Rosen said the Trump administration took regulatory action to stop sales and possession of bump stocks which now “faces a wave of troubling legal challenges that threaten to reverse that progress.”

“That’s why I call on this chamber to finally pass legislation that will permanently ban bump stocks,” Rosen said.

A bill to ban the devices, which use recoil to accelerate the rate of fire to nearly that of a fully automatic weapon, was filed by U.S. Rep. Dina Titus, D-Nev., and passed in the House as part of a package of gun control measures immediately after the recent mass shooting of students in Uvalde, Texas.

The package was sent over to the evenly divided Senate, where substantive measures like the bump stock ban were removed to win approval from Republicans who supported only reporting and background check reforms.

“We can and we must do more to prevent these shootings. And I know we can do this while also respecting people’s constitutional rights,” Rosen said.

The gunman in the 1 October shooting used his 32nd-floor room in the Mandalay Bay as a sniper’s nest to slaughter people attending the Route 91 Harvest music festival below. He had equipped more than a dozen semi-automatic rifles with bump stocks and used high-capacity magazines to fire bullets into the unsuspecting crowd.