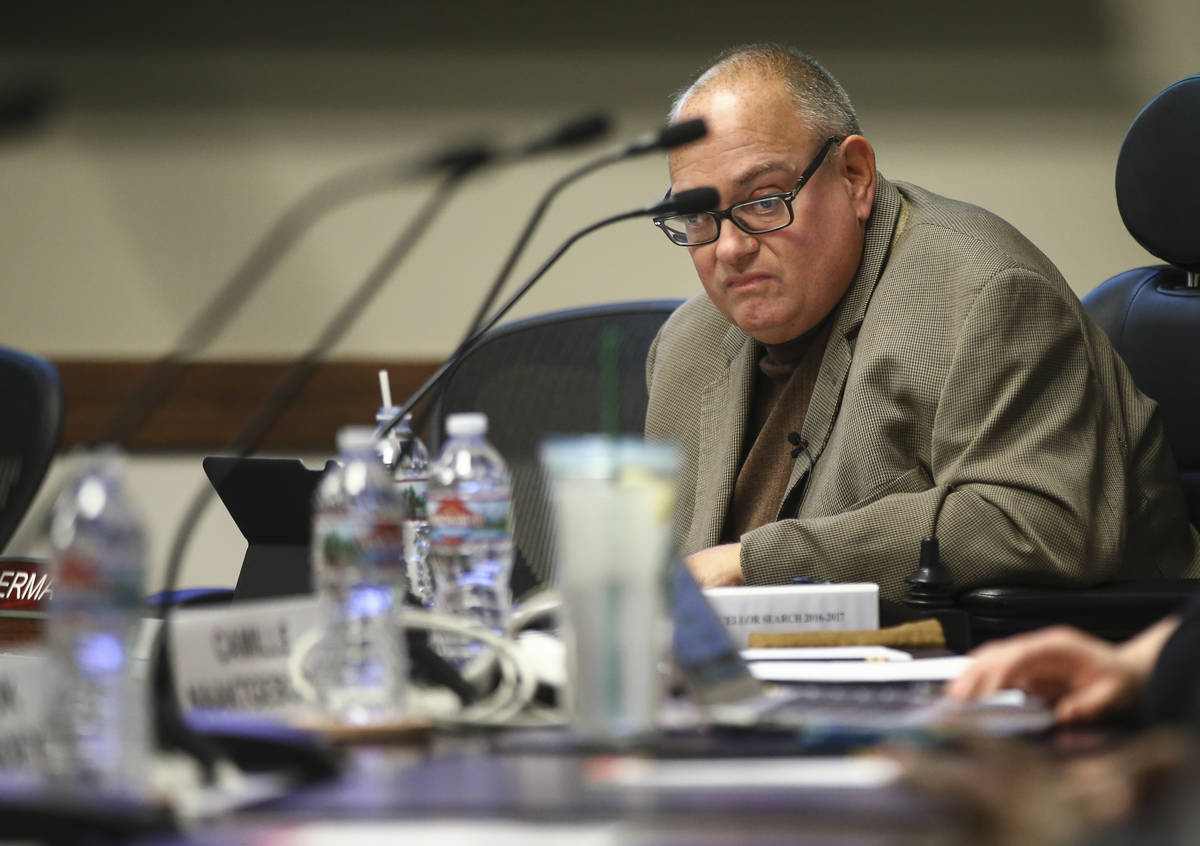 Regent Sam Lieberman, a longtime force in Nevada Democratic politics and a higher education advocate for decades, died Friday. He was 58.

“We were devastated to learn of Sam’s death,” Nevada System of Higher Education Chancellor Thom Reilly said in a statement. “He was so passionate about Nevada’s public higher education system and he cared very deeply about bettering our system for our students.”

Board of Regents Chairman Jason Geddes added, “I have never met a greater advocate for students and their concerns. He was a great leader and a great friend. I’m absolutely shocked and saddened by this news.”

A cause of death was not disclosed.

Gov. Steve Sisolak said on Twitter that he’d ordered flags to fly at half-staff until Monday to honor Lieberman.

“I was saddened to learn about the passing of NV Board of Regents member Sam Lieberman, a champion of higher education in Nevada, fighter for those most vulnerable in our society, & a genuinely good person,” Sisolak said on Twitter. “Sam will be sorely missed by his family, friends, & everyone he touched.”

Lieberman was a graduate of UNLV, earning a degree in social work in 1996. He was elected to the board in 2014 and most recently was leading the search for the new president of UNLV.

“Sam loved UNLV and saw higher education as a life-changing pathway for Nevadans,” said Trevor Hayes, a fellow regent who was elected the same year as Lieberman. “He always brought a unique perspective and had an eye for spotting unnecessary obstacles that limited opportunities for some of our most vulnerable Nevadans.”

Lieberman was a ubiquitous presence at educational, philanthropic and political events. He served as chairman of the Nevada Democratic Party from 2008-2011, when the state party saw huge registration gains with the election of President Barack Obama and re-election of then-Sen. Harry Reid.

“Sam Lieberman was someone who had a public servant’s heart,” Reid said in a statement Friday. “He did the important, yet often quiet, behind-the-scenes work to help build our state party into what it is today. And he did the work for all the right reasons. He fought to make sure those with disabilities had a voice and a seat at the table. In fact, he fought to give everyone a voice. I will ever be grateful that I had the chance to get to know him and Nevada will always be a better place because of his commitment to the values that make our state great.”

Michael Green, a professor of history at UNLV, knew Lieberman for decades. “Sam had a finger in every pie,” he said. “If the Democratic Party was doing something, it was not official until Sam was there.”

Green said serving as a regent meant something special to Lieberman, though he always had a favorite Nevada school.

“He saw himself as a regent of (the Nevada System of Higher Education), but he bled UNLV red,” Green said.

Lieberman was running for re-election to the District 5 seat that includes Las Vegas and North Las Vegas. His name will still appear on the June 9 primary ballot alongside those of three challengers, including Nick “Doc” Spirtos, whom Lieberman defeated six years ago.