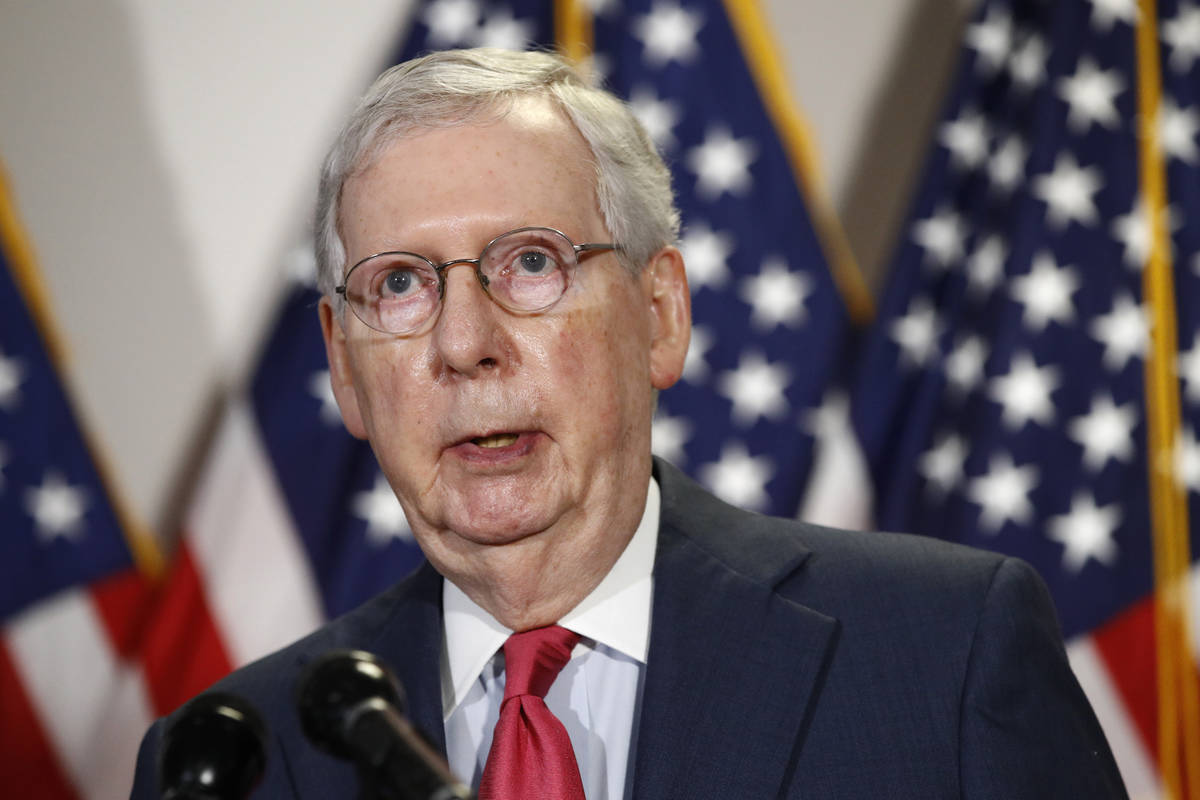 In a May 19, 2020, photo, Senate Majority Leader Mitch McConnell of Ky., speaks with reporters after meeting with Senate Republicans at their weekly luncheon on Capitol Hill in Washington. (AP Photo/Patrick Semansky) 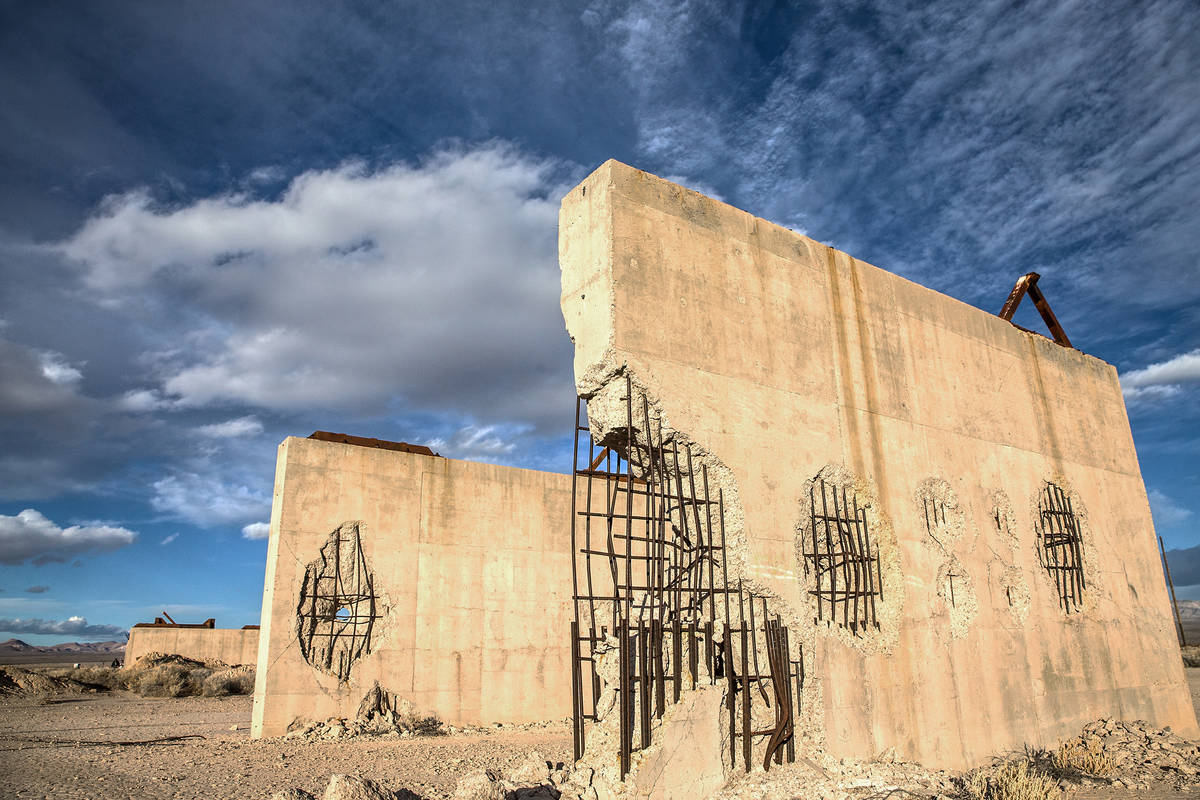 The remains of a bridge built to measure the effects from the 1957 nuclear detonation test Priscilla at Frenchman Flat. Photo taken on Wednesday, Jan., 11, 2017, at the Nevada National Security Site, in Mercury, Nevada. (Benjamin Hager/Las Vegas Review-Journal)

WASHINGTON — A group of prominent scientists urged Congress to halt renewed nuclear weapons testing in Nevada after funds were tucked into a Senate version of the defense bill.

In a June 16 letter to Senate Majority Leader Mitch McConnell, R-Ky., the dozen scientists wrote “there is no technical need for a nuclear test.”

“Indeed, statements attributed to administration officials suggesting the motivation is that a nuclear explosive test would provide leverage in future nuclear arms control negotiations with Russia and China,” read the letter, signed by Philip Coyle III, a former assistant defense secretary and director for testing at the Lawrence Livermore National Laboratory.

The Senate Armed Services Committee has placed $10 million into the defense authorization bill for fiscal year 2021, which begins Oct. 1.

House lawmakers are expected to craft their own version of the bill in coming weeks, and any differences between the two pieces of legislation will be ironed out in a House-Senate conference committee before final legislation is produced.

Resumed testing is largely seen as an attempt to leverage Russia to agree to more restrictive measures when the Strategic Arms Reduction Treaty expires next year.

It also prompted a response from China last week that warned the Trump administration against restarting U.S. testing, calling it a step toward global insecurity.

The last underground test occurred in 1992 at Nevada National Security Site, a facility larger than the state of Rhode Island and located 65 miles north of Las Vegas. The facility is under the National Nuclear Security Administration with the Department of Energy.

Legislation to prohibit a resumption of testing was filed in the Senate by Ed Markey, a Massachusetts Democrat, and Nevada Rep. Dina Titus, a Democrat.

Titus said any resumption of testing would occur at the national security site in Nevada.

“Since then, the United States has certified the deployed nuclear stockpile annually without nuclear explosive testing, leveraging advances in experimental science, modeling, and simulation applied to nuclear weapons under Science-Based Stockpile Stewardship, and has found no issues that require us to resume underground testing,” she said.

A presidential policy directive in 1993, however, requires the National Nuclear Security Administration to maintain readiness to conduct an underground nuclear test within 24 to 36 months, if required, to ensure the safety and effectiveness of the nuclear stockpile, Navarro said.

House lawmakers on the Armed Services Committee will begin the process of producing their version of the bill next week.

In their letter to the Senate, the scientists said a U.S. nuclear explosive test “would have significant negative repercussions.”

“A likely response to the U.S. test would be a resumption of testing by Russia and China, and perhaps also by North Korea, India, and Pakistan,” the letter stated.