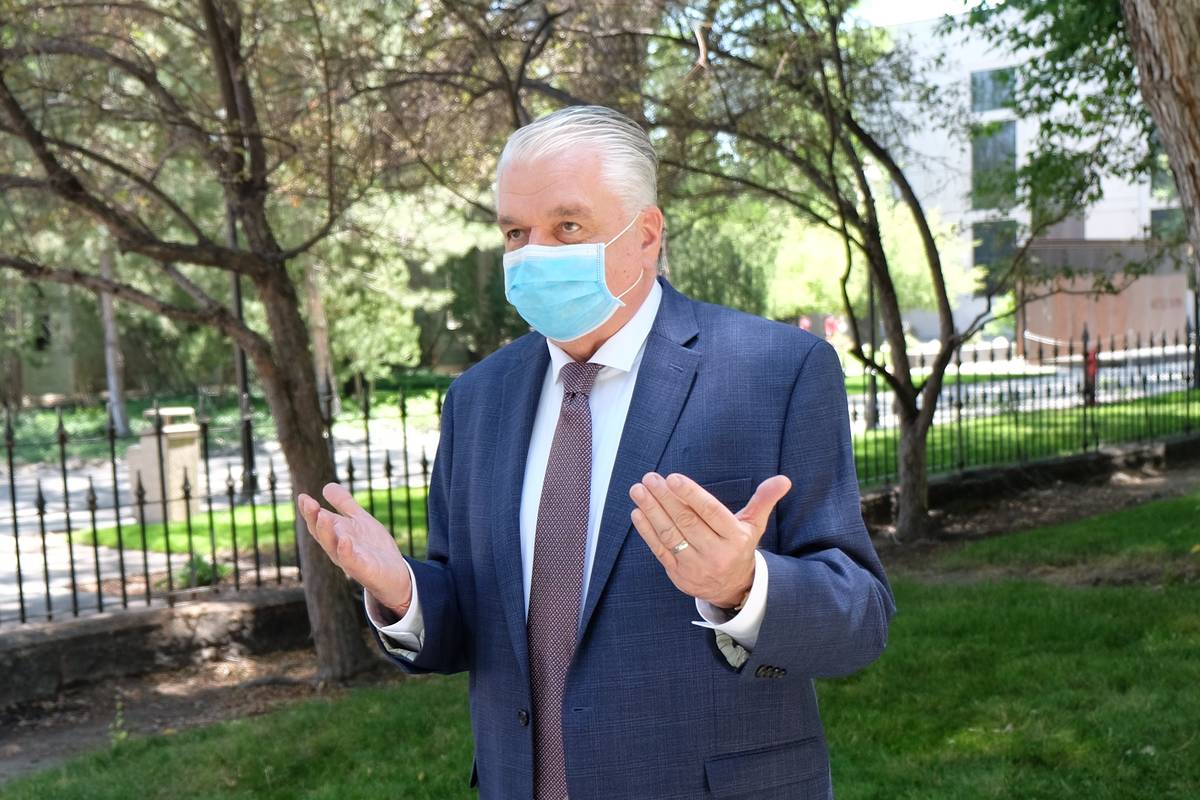 A masked Gov. Steve Sisolak speaks to reporters outside the Capitol Wednesday discussing spending cuts and other measures being considered by the Leguslature in special session. July 8, 2020. (David Calvert/The Nevada Independent, Pool) 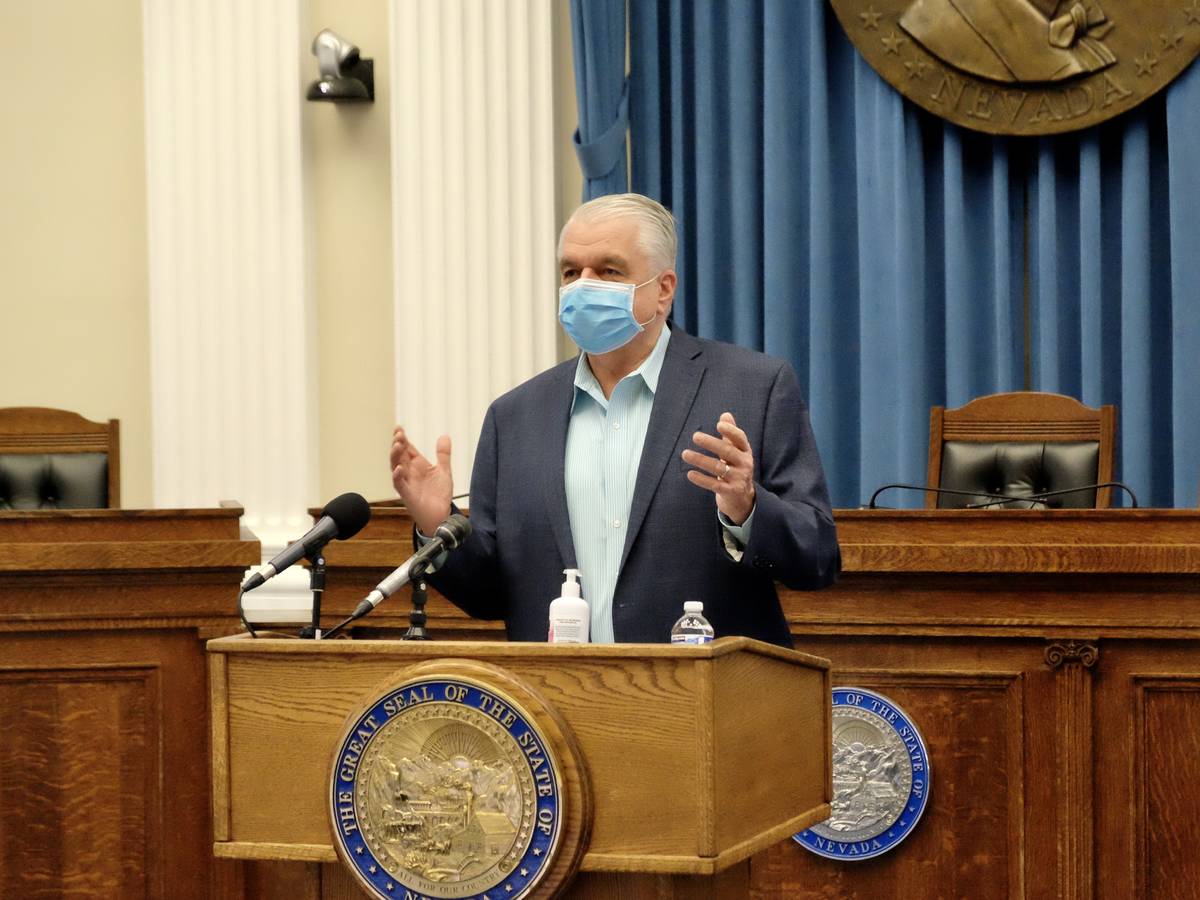 Gov. Steve Sisolak speaks to reporters Thursday in the state Capitol as he announces new restrictions for standalone bars in certain counties, including Clark and Washoe, due to risk of infection and poor compliance with social distancing directives. (Bill Dentzer/Las Vegas Review-Journal)

CARSON CITY — Gov. Steve Sisolak on Thursday said bars that don’t serve food will be forced to once again close in Clark and Washoe counties as COVID-19 cases continue to surge in Nevada.

The new directive, which has not been finalized, will go into effect at 11:59 p.m. Friday, the governor said in a press conference. Bars in other counties also could be included as they finalize the parameters of the directive, but Sisolak said he doesn’t want to close bars in counties that have a low number of cases.

“Congregating at bars poses a significant risk and is one of the most dangerous things we can do right now,” Sisolak said.

Sisolak said that they are also closely watching public pools and gyms and reiterated that masks are required at both, except when swimming.

He said the state is closely watching coronavirus-related metrics, specifically the hospitalization rate that continues to rise.

“Across the country we have seen far too many instances where hospital capacities are fine one day, and then are overwhelmed the next with increased COVID-19 patients,” Sisolak said. “We do not want that to happen here.”

Under the directive, bars will return to the same parameters that were in place during Phase One of the state’s reopening plan, meaning that bars, breweries and other drinking establishments that don’t serve food will still be allowed to offer curbside pickup.

Bars were initially closed along with other nonessential businesses in March and weren’t allowed to reopen until May 29.

Since then, Nevada has seen a steady rise in COVID-19 related metrics.

The average number of cases over the last week has ticked up to more than 740 per day, while the positive testing rate and hospitalizations related to COVID-19 have continued to tick up.

Deaths from the virus have spiked in recent days, as well, with the state reporting 18 deaths — the highest single-day toll since April 22.

Sisolak issued a directive mandating that people wear masks in most public places on June 24 as cases surged across Nevada.

The state’s Occupational Safety and Health Administration has done more than 1,500 compliance checks on businesses in recent weeks and found that 79 percent were following the mandate, Sisolak said.

“That means one-fifth of the businesses visited by OSHA inspectors are not in compliance with their measures,” Sisolak said. “And this is simply unacceptable.”

The governor said that in order for the state to flatten the curve and slow the current surge in cases in Nevada, 95 percent of Nevadans need to wear a mask.

“I ask everyone who is watching, listening, reading: Please, protect our state. Protect your families. Protect our neighbors. Wear a mask,” Sisolak said.

Sisolak said the move to re-implement restrictions came after discussions with federal agencies, who warned that the state was on the brink of overwhelming its hospital systems.

Members of Sisolak’s office spoke with representatives from the U.S. Department of Health and Human Services and Federal Emergency Management Agency earlier Thursday and briefed them on Nevada’s upward trend in COVID-19 metrics.

“The federal representatives advised us that if Nevada did not take swift policy initiatives to prevent the spread of COVID-19 throughout our state, we would likely soon be in a precarious position where hospitals are overwhelmed with patients in the very near future,” Sisolak said.