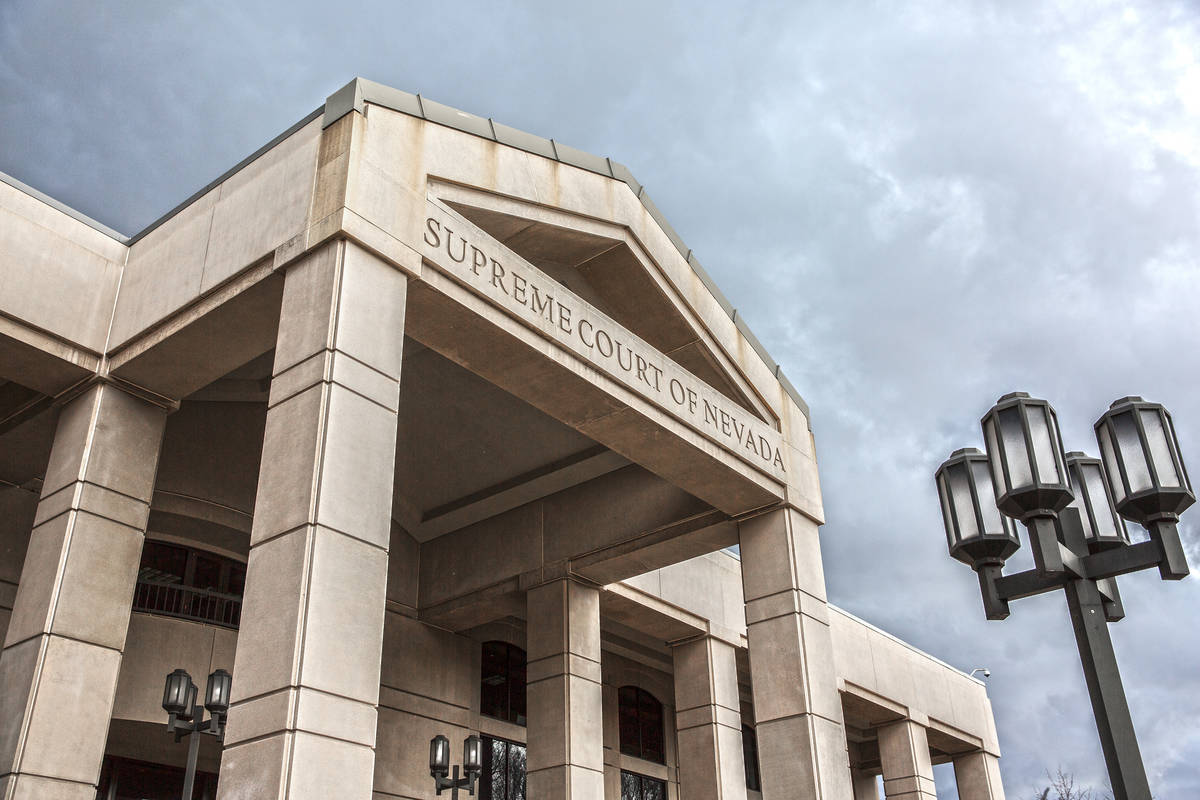 The exterior of the Supreme Court of Nevada in Carson City is seen in this Feb. 9, 2017, file photo. (Benjamin Hager/Las Vegas Review-Journal) @benjaminhphoto

CARSON CITY — The state and the Legislature filed notice in the state Supreme Court on Tuesday to appeal a state District Court decision handed down last month that invalidated two revenue bills passed in 2019.

Submitted Friday, the appeal notices from the attorney general’s office, representing the two state agencies affected by the decision, and the Legislature’s own legal division were posted to the state Supreme Court’s website on Tuesday. The two nearly identical documents summarize the issues before the lower court and its ruling but do not get into legal arguments supporting the appeal.

District Court Judge James Todd Russell in Carson City ruled from the bench in the case on Sept. 21 following a 90-minute hearing, siding with Republican state senators who had challenged two revenue bills approved at the end of the 2019 session.

Russell agreed with the plaintiffs that the two bills generated revenue for the state, and as such required a two-thirds majority in both houses of the Legislature to pass. The bills came up one vote short of that margin in Senate with all Republicans voting no.

The Democratic majority had pushed the two bills to increase funding for education, arguing the measures did not need the supermajority backing because they were not new taxes but extensions of existing ones. Russell rejected that argument and ordered the funds collected to date under those taxes refunded with interest.

At the time they were passed, the two bills were expected to generate an additional $105 million to fund education over the two-year state budget cycle. If upheld, the state budget impact is expect to be lower, on a prorated basis, given how the coronavirus pandemic has driven down tax revenue bound to the state’s economy.

The challenge involves Senate Bill 551 and Senate Bill 542 from the 2019 session. The first extended the Modified Business Tax at its existing rate and prevented it from falling to a lower rate in July 2019, generating some $98 million in a pre-pandemic estimate. The second extended for two years a $1 technology fee motorists pay to DMV that was set to sunset last July. That fee was expected to generate about $7 million before the pandemic.