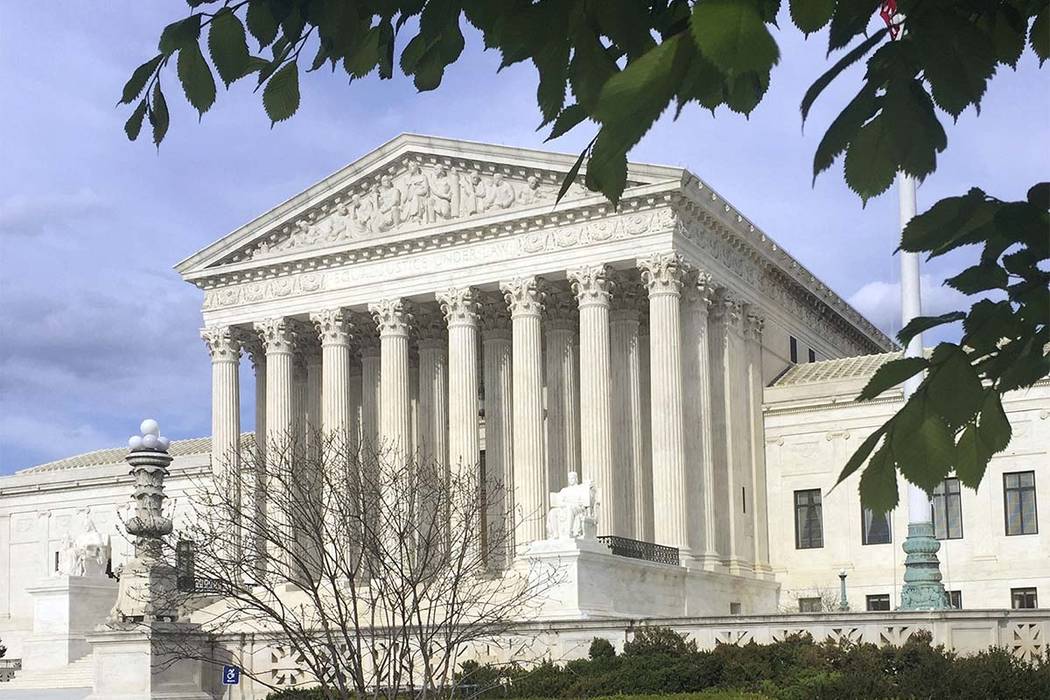 WASHINGTON — The U.S. Supreme Court upheld President Donald Trump’s third travel ban Tuesday in a 5-4 decision that recognized the president’s authority “to determine who may enter the country.”

The decision in Trump v. Hawaii, written by Chief Justice John Roberts and joined by the other four conservative justices, rejected lower court rulings that found the Sept. 24, 2017, executive order was an unconstitutional violation of the First Amendment.

“Presidents have repeatedly exercised their authority to suspend entry on the basis of nationality,” Roberts wrote. If plaintiffs – the state of Hawaii, three individuals with foreign relatives, and the Muslim Association of Hawaii – won the argument, entry restrictions on North Korea would be unlawful, as would restrictions issued “in response to an epidemic confined to a single region, or a verified terrorist threat.”

All four liberal justices dissented. In a sharply-worded argument, Justice Sonia Sotomayor said: “History will not look kindly on the court’s misguided decision today, nor should it.”

In a statement, Trump described the ruling as “a tremendous victory for the American people and the Constitution,” as well as “a moment of profound vindication.”

Senate Minority Leader Chuck Schumer, D-N.Y., countered: “The president’s travel ban doesn’t make us safer, and the Supreme Court’s ruling doesn’t make it right. This is a backward and un-American policy that fails to improve our national security.”

In her dissent, Sotomayor catalogued a number of Trump’s anti-Muslim statements and said the ruling “leaves undisturbed a policy first advertised openly and unequivocally as a ‘total and complete shutdown of Muslims entering the United States’ because the policy now masquerades behind a façade of national-security concerns.”

Roberts rejected the claim that the court had to consider Trump’s campaign rhetoric during the 2016 election. He noted that the travel ban applied to five Muslim majority nations – Iran, Libya, Somalia, Syria and Yemen – as well as North Korea and Venezuela.

The chief justice was careful not to endorse either Trump’s provocative statements about immigration in general and Muslims in particular. “We express no view on the soundness of the policy,” he wrote.

At the end of his first week in office, Trump signed his first travel ban – which banned refugees from Syria and suspended visas for six Muslim majority nations. The poorly drafted order caused chaos at airports, confusion across the globe and sparked protests across the country. A federal judge in Washington barred enforcement. The administration chose not to defend the order and instead announced a new order was in the works.

In March 6, 2017, the White House released a second order and federal courts in Hawaii and Maryland blocked it. Later the U.S. Supreme Court allowed parts of the order to take effect.

On Sept. 24, 2017, the administration issued a third order that included North Korea and Venezuela.

“Taking all the relevant evidence together,” Sotomayor wrote in her dissent, “a reasonable observer would conclude that the proclamation was driven primarily by anti-Muslim animus, rather than by the government’s asserted national-security justifications.”

In June 2017, Trump tweeted that the Justice Department “should have stayed with the original travel ban, not the watered down, politically correct version” it submitted to the Supreme Court.

Roberts rejected the comparison, writing, “it is wholly inapt to liken that morally repugnant order to a facially neutral policy denying certain foreign nations the privilege of admission.”

The campaign of Senate Majority Leader Mitch McConnell, R-Ky., celebrated the ruling with a tweet of a photograph of McConnell and Justice Neil Gorsuch, who replaced Justice Antonin Scalia after he died suddenly in February 2016.

It was a victory cry that angered Democrats who believe McConnell robbed Merrick Garland of a hearing after President Barack Obama nominated Garland to replace Scalia. With no vote, the seat was vacant until the Senate confirmed Gorsuch in 2017 and it was Gorsuch who provided the fifth vote for the travel ban