WASHINGTON — How slow is the federal government? So slow that it took the Office of Management and Budget until this month to rescind memos instructing federal officials how to avoid expected IT disruptions when the calendar hit Jan. 1, 2000, because “the deadlines for (Y2k) implementation have passed.”

“Some of you are too young to remember, but Y2K occurred 17 years ago,” White House press secretary Sean Spicer quipped at a no-video, no-audio press briefing Monday to kick off what the White House dubbed “tech week.”

President Donald Trump and members of his Cabinet and staff met with CEOs and other members of the newly created American Technology Council to discuss ways to streamline and modernize what Spicer called “an outdated and ineffective system.”

The council has been tucked into the brimming portfolio of Trump son-in-law and top aide Jared Kushner, who defined the group’s goal as trying to “improve the day-to-day lives of the average citizen.”

Americans spend about 35 hours each year filling out government forms. The Trump White House wants to change that.

“Fifty years ago, our government drove the innovation that inspired the world and put Americans on the moon,” Trump told the CEOs. “Today, many of our agencies rely on painfully outdated technology, and yet we have the greatest people in technology that the world has ever seen right here with us in this room.”

The event attracted some of America’s top tech titans: Tim Cook, CEO of Apple; Jeff Bezos, CEO of Amazon; and Eric Schmidt, chairman of Google’s parent company. Spicer estimated that the 18 CEOs’ corporations have a market value of $3.5 trillion.

Trump reached outside his comfort zone to assemble this group. Silicon Valley leaders were notoriously critical of the GOP candidate. Cook hosted a fundraiser for Democratic nominee Hillary Clinton, and Schmidt advised her. According to the Center for Responsive Politics, tech donors gave Clinton more dollars than Trump by a ratio of 60 to 1.

One notable exception is early Facebook investor and Trump donor Peter Thiel, who also was at the White House on Monday.

“Tech week” takes place as activists have tried to pressure leaders in the innovation economy to boycott all things Trump, including the Monday meeting.

“This meeting doesn’t have to happen. Tech employees have the power to stop it,” wrote Maciej Ceglowski on his Tech Solidarity blog. “We’ve learned in the last six months that there is no clean way to do business with the Trump administration.”

Linda Moore of TechNet says her group “always had a policy of engagement with both parties.” She sees CEOs “finding their own comfort level and desire and time to engage.” Besides, “modernizing IT” is important to the public.

Earlier this month Tesla CEO Elon Musk resigned from a Trump advisory panel to protest Trump’s decision to pull out of the Paris climate accord. Travis Kalanick, whose testosterone-fueled talk forced him to step down from his CEO perch at Uber, resigned from a Trump council in February to protest Trump’s executive order. Both CEOs had said they believed in keeping a seat at the table, but had to contend with angry and unhappy consumers before their resignations.

Bill Whalen, research fellow at Stanford University’s Hoover Institution, described the challenge facing tech execs as a tug-of-war between symbolism and substance. While most Silicon Valley executives disagree with Trump on immigration and climate change, they also want to work with the government on encryption issues and tax reform.

“Some of these companies are making a decision: Should there be a slow economy, they become convenient targets for everyone in Washington – and I mean everyone.”

Cook disagrees with Trump on immigration and climate change, but he sees reason to participate.

“I could give a crap about the politics of it,” he told Bloomberg News. “I want to help veterans. My dad’s a veteran. My brother served. We have so many military folks in Apple. These folks deserve great health care. So we’re going to keep helping.”

Kushner told the council that he had been warned when he took the job that the bureaucracy would resist efforts at reform. “So far I have found exactly the opposite,” Kushner said.

Charles Kolb, president of DisruptDC, opined, “We applaud the American Technology Council for helping to improve services for the American public. However, the work needs to go deeper to improve how government itself works through elections and policymaking.” 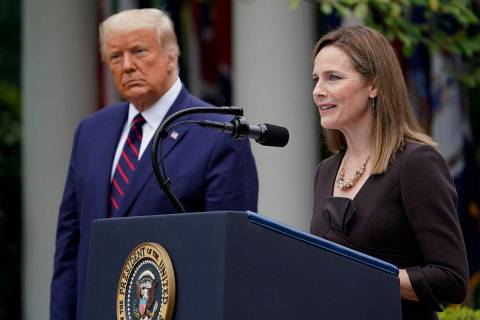 From the Biden Rule to the McConnell rule and even the Thurmond Rule, politics has always surrounded the nomination of U.S. Supreme Court justices in election years.