WASHINGTON — Independent voters will be pivotal in the 2020 presidential election, and everyone is looking for clues as to how they may vote nearly a year from today.

At first glance, you might assume the recent rise of registered independent voters, who now outnumber registered Democrats and Republicans, comes from frustration with the sharp political differences that divide the nation, and at the expense of the major political parties.

But even with the growth of voters declaring independent status in the states that register voters by party, most tend to favor one party over the other at the ballot box, according to a Pew Research Center study this year.

That makes them more of a shadow but formidable group, particularly in swing states such as Nevada.

In the last three elections, independents have gone against the party holding the White House.

“There still are enough persuadable swing/independent voters that they can decide our typically close modern elections,” said Kyle Kondik, managing editor of Sabato’s Crystal Ball at the University of Virginia Center for Politics.

Elections are not always won by independent or swing voters, but they matter when the contest is close.

“Presidential general elections are generally determined by two factors: the size and relative enthusiasm of each major party’s base, and which way the swing voters in the middle go,” said Charlie Cook, a political analyst and founder of The Cook Political Report, a nonpartisan online newsletter.

“In the last three elections, independents have gone against the party holding the White House,” Cook said.

Independents on the rise

The number of independent voters has grown since 2000, but only gradually over recent cycles, and the numbers hardly change at all when you look at the past 15 years, since Gallup began tracking the data in 2004.

The Middle
Click here to read more from the series

On a national level, there are little data to suggest that voters are leaving the parties and re-registering as independent, though in some cases that may happen.

Currently, more new or first-time voters are registering as independent in those states that allow it.

The most recent study by the Pew Research Center shows independent voters tend to be young, with nearly one-third under the age of 30, and more male than female. That mirrors data in Nevada, where nonpartisan voters aged 20-39 dramatically outnumber people in that age group registered with a major party.

As such, a majority of independents who lean either Democrat and Republican favor marijuana legalization and LGBTQ marriage.

Independents also feel more negatively about candidates and parties than affiliated voters, according to the study.

“With growth in independents, many voters seem to be saying to the two major parties, ‘A pox on both your houses,’ ” said Rhodes Cook, a University of Virginia Center for Politics analyst.

While a lot of people call themselves independent, if you drill down a bit further, they will admit to a consistent lean.

Independent with a lean

Most research shows registered independents are not really free agents at all.

Instead, most tend to lean Democrat or Republican, leaving just a very small percentage of independents who are truly neutral, according to Pew.

“While a lot of people call themselves independent, if you drill down a bit further, they will admit to a consistent lean,” Kondik said.

“So the ‘real’ share of independents is considerably lower than what top-line polls would indicate,” he noted.

A Gallup survey in September shows the partisan breakdown at 31-29 percent.

Those percentages show why millions will be spent to sway independent voters in the 2020 presidential election in states like Nevada, New Hampshire, Pennsylvania, Wisconsin, Florida, Virginia, North Carolina, Colorado and Arizona.

Priorities USA, a nonprofit, pro-Democrat group, announced this summer it had raised $23 million, with pledges of an additional $64.6 million, to spend in swing states.

America First, a pro-Trump group, has a goal of $300 million for Trump’s reelection, though the breakdown for swing states and targeted independents was not revealed.

While interest groups and candidates are expected to spend millions to win over undecided voters, true independents may not be so easily swayed.

In the 2016 election, some independent voters moved away from major party candidates to support third-party ones, according to Reuters/Ipsos exit polling data.

Political analyst Stuart Rothenberg said Clinton and Trump were so widely unpopular in 2016 “that millions of voters opted to waste their votes by supporting third-party candidates who had no hope of winning.”

The two states where that mattered most in the national election may have been Pennsylvania and Wisconsin, Rothenberg wrote in a column for Roll Call. Trump won both states.

Going into 2020, the Pew Research Center study showed Democrats hold an advantage when factoring in independents with partisan leanings.

Of the 38 percent of voters registered as independent, only 7 percent don’t express a party leaning, according to the Pew study.

Most independents “lean” toward a party, as Kondick observed. Using the Pew data, among the 38 percent of voters nationally who registered as independent, 17 percent said they lean toward the Democratic Party, and 13 percent lean to the GOP.

Factoring in those independents’ leanings, Democrats would hold an advantage of 48 percent to 39 percent over Republicans.

That breakdown in 2018 data is similar to that of 2016, when Clinton took West Coast and East Coast states and secured 66 million popular votes but lost the election.

If Democrats select a nominee who is again unpalatable to many voters, as Clinton was, that could send anti-Trump Republicans and swing voters back to third parties again in 2020.

Trump won in the Midwest and South. He received 63 million votes but secured 304 Electoral College votes, over Clinton’s 227, by winning several swing states, such as Florida, with 1 percent of the vote or less.

It takes 270 electoral votes to win.

In the past two presidential elections, the winner has won Florida by 1 percent or less. Trump won in 2016 with a plurality of 49 percent of the vote.

Democrats made gains in the 2018 midterm election, which was largely seen as a referendum on Trump. They won back the U.S. House and state house seats nationally.

Those gains suggest to some scholars and analysts that the Democratic Party’s recent strength in suburban areas bodes well for a Democratic presidential challenger, particularly in Pennsylvania, Wisconsin, Michigan and Florida, states Trump won with a plurality.

Trump has done little since 2016 to expand his base beyond non-college-educated whites, staying with personal attacks, divisive appeals and nationalistic language, which do not appeal to many independents and soft Republican voters.

But it will be up to the Democrats to sway independent voters and progressives who voted for third-party candidates, Rothenberg said.

“If Democrats select a nominee who is again unpalatable to many voters, as Clinton was, that could send anti-Trump Republicans and swing voters back to third parties again in 2020,’’ Rothenberg said. 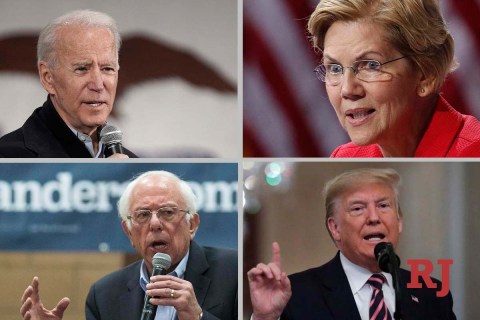 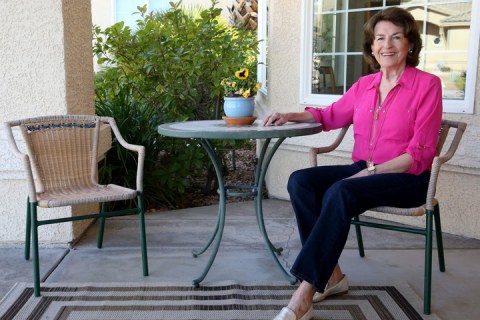 What do nonpartisan voters in Nevada want? Moderation
By Rory Appleton / RJ

Nonpartisan voters say they are fed up with political polarization, and are searching for moderate candidates and solutions to the issues they care about. 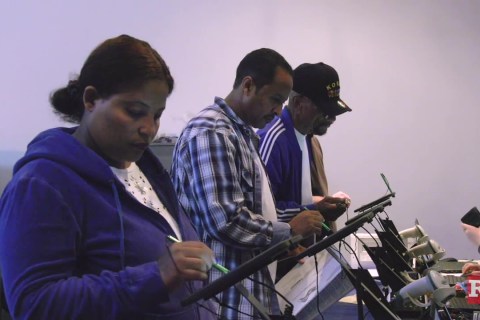 Are you an unaffiliated voter? Here’s how political consultants are targeting you
By Rory Appleton / RJ

Political consultants and academics disagree about how to reach out to nonpartisan voters, but concur that engaging this fast-growing segment of the electorate is key to success at the polls. 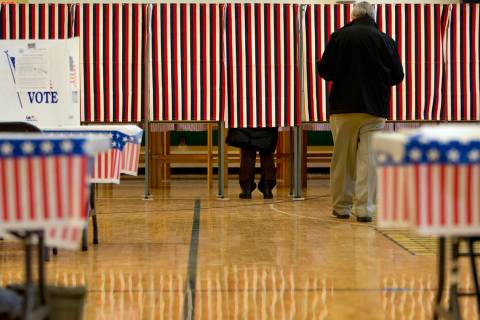 Independent New Hampshire voters attending a convention held by the group No Labels discussed with the Review-Journal their reasons for not affiliating with a major political party. 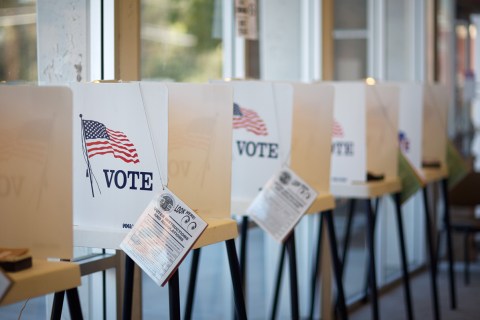 Nonpartisan Nevada voters have grown by nearly 90 percent in the last decade, outpacing both Republicans and Democrats; they are sought after by both parties as they plan 2020 campaign strategies. 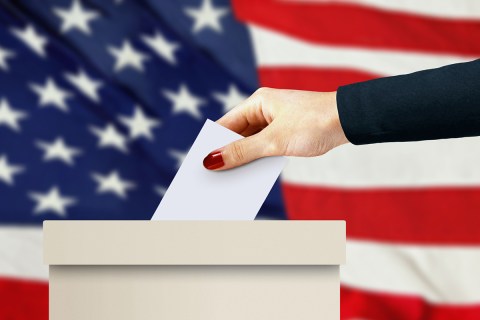 The Middle: Why nonpartisans will decide 2020 election
By Steve Sebelius / RJ

The Review-Journal is embarking on a yearlong series dedicated to exploring the voices of nonpartisan and independent voters who comprise the political middle in America.